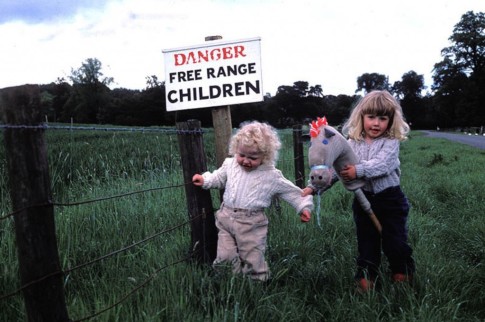 I never really loved the game “tag” as a youth, although I never thought for a second it was particularly dangerous or violent. My emotional and/or physical state certainly never felt threatened.

In contrast, I loved dodgeball. It was the highlight of my day every single time we were allowed to play it. I wasn’t a particularly big or strong kid, and I certainly wasn’t the best player, but I loved it nonetheless. Everybody did.

Dodgeball is like going into war compared to “tag,” yet for a Washington state school district, “tag” is simply to “emotionally and physically” damaging to be played during recess.

If you want to write a textbook on how a nation can raise a generation of terrified, pampered children who will grow up to be docile, apathetic adults, this is it.

MERCER ISLAND, Wash. — Kids at the Mercer Island School District are now banned from playing the popular childhood game of tag on the playground.

Parents told Q13 Fox News they had no idea about the ban until their kids told them.  Now, moms and dads are asking why they weren’t part of the decision-making process.

“In this day and age of childhood obesity, there’s a need for more activity,” said Neher. “Kids should be free to have spontaneous play on the playground at recess. It’s important for their learning.”

She created a Facebook page to help spread the word to other parents about the ban. In less than 24 hours, hundreds of moms and dads joined to voice their concerns, mainly that the district didn’t ask parents what they thought first.

Now that the ban is in place, one of Joyce’s kids no longer plays during recess.

“He has been spending most of his recesses wandering around with his friend talking about video games, which is the last thing I want him to be doing,” she said.

“The Mercer Island School District and school teams have recently revisited expectations for student behavior to address student safety. This means while at play, especially during recess and unstructured time, students are expected to keep their hands to themselves. The rationale behind this is to ensure the physical and emotional safety of all students.

“School staffs are working with students in the classroom to ensure that there are many alternative games available at recess and during unsupervised play, so that our kids can still have fun, be with their friends, move their bodies and give their brains a break.”

“Give their brains a break.” Yep, that’s the point isn’t it. Sounds like perfect training for the unthinking, censored, coddled, increasingly pointless experience they are likely to have at college. Recall: