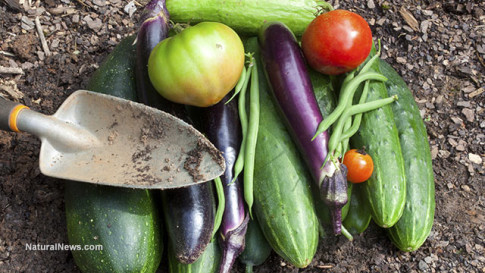 Resources redistributed through the force of government are finite. They run out. Government social programs appear compassionate, assisting the poor and hungry, but these programs only work by force, taking from people who have already produced. This is how socialism works.

The philosophy of socialism views economic freedom as dangerous, leading to greed and concentrated wealth. Under the spell of socialist philosophy, the masses start to view people who earn their own way as evil. The socialist-enslaved masses will attack those who serve the marketplace with a great product or service and call them greedy. In this mindset, the masses cling to dependence and use the force of government to take from the productive so that wealth can be redistributed to them. This leads to all out slavery.

The truth is this: money is simply a tool and can be used responsibly to provide freedom for one’s family. Economic freedom also provides job opportunities for people who are down and out. Also, profit can be used for charitable reasons, lifting the poor and hungry from poverty. No force is necessary. When the government doesn’t get to decide how resources are redistributed, the charity of the free market naturally responds to the most important needs of communities.

It’s important to understand that wealth doesn’t equate to greed. In essence, government social programs can be used for greed, to force redistribution of wealth. On the surface, socialism looks beneficial, but in the end it takes and discourages production, concentrating power into the hands of those elite who influence the government.

America currently does not operate on economic freedom because of egregious taxes that limit potential. Many Americans are trapped into using the “benefits” of social programs to get housing, healthcare and food. Americans are discouraged from earning their own keep and reaping the satisfaction of responsible, healthy living. They are kept from the blessings of giving from the abundance of their own production.

The baby boomer generation is now facing a wide spectrum of health and economic challenges because socialist policies are squandering wealth, enslaving and sickening the nation. A new study shows that 67 percent of U.S. adults aged 50 to 64 are now struggling on incomes less than $20,000 a year. Baby boomers are being left with sweeping unemployment, housing shortages and worsening health.

The study, led by Feeding America, found that 8 million baby boomers are now going hungry and turning to outside help for food. Charities like Feeding America are moving in to help more adults who are sick and running out of opportunity.

“Our network serves 13 million older adults and we expect that number to rise,” said Matt Knott, president of Feeding America. “This is absolutely the right time to be taking a hard look at the data to determine the challenges our mature clients face.”

Of the 600,000 baby boomers who responded to the study, two-thirds had not been employed in the past year. Disability and poor health were the main reasons. A shocking 67 percent made less than $20,000 a year. Social programs like Medicare and social security seemed compassionate when they were engineered, but these systems are ultimately going to be needed for adults 50 and over. The socialist state of America is consuming people’s health and wealth, leaving a surprising number of people incapable, sick and entrapped. How long will it be before adults in their 30s and 40s are begging for the slavery of social programs just to survive? These programs will continue to gut the abundance from the Nation unless the free market returns and the practice of growing nutritious food is relearned by individuals.

“Increasing chronic disease and disability in baby boomers can have consequences beyond poor health and higher medical bills,” said Dana King, professor and chair of West Virginia University’s Department of Family Medicine. “Disability can lead to unemployment and lower income, and lower income can lead to having less money for essentials such as food.”

One solution that can help adults take back their health and prevent illness into old age can be found at FoodRising.org. This ultra-clean food growing system provides food and economic freedom for anyone who wants to live clean and free and age gracefully.

The Food Rising grow systems are a liberating tool for people who would rather produce their own infinite amount of nutritious food instead of relying on finite resources taken and redistributed by government force.

Stay abreast of the Clean Food Movement at www.cleanfood.news