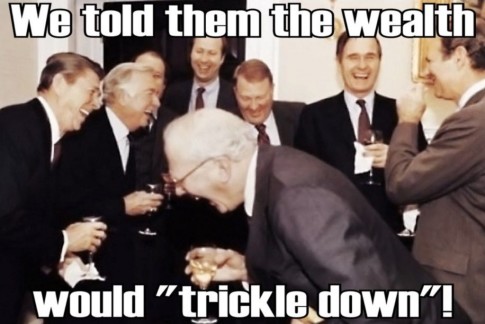 Can’t a guy enjoy a beautiful Friday in Colorado without being bombarded with another gigantic oligarch scam? I guess not.

Today’s article takes the revolving door theme to a whole other level. It even puts the recent revelation that law firm Covington and Burlington kept an office empty for Eric Holder while he was head of the Department of Justice to shame. You can’t make this stuff up.

New Bank of England policymaker Gertjan Vlieghe will retain a financial interest in one of the world’s biggest hedge fund firms while he sets interest rates, an arrangement that Britain’s finance ministry said posed no conflict of interest.

Some economists privately expressed surprise when the ministry said on Tuesday that Vlieghe, who joins the Monetary Policy Committee on Sept. 1, would still receive income from his current employer, Brevan Howard, whose traders bet on rate moves.

On Wednesday, people with knowledge of the arrangement said Vlieghe would retain an interest in a Brevan Howard vehicle that pays long-term incentive payments.

Last year, the committee prompted the BoE to tighten its code of conduct after concerns about the investment activities of an external member of its Financial Policy Committee, Richard Sharp, a former Goldman Sachs banker appointed by Osborne.

Former BoE policymaker Andrew Sentance, who served on the MPC from 2006 to 2011, said a flexible approach to perceived conflicts of interest was needed to ensure that enough external MPC members, who are meant to act as a counterweight to senior BoE officials, came from the private sector as well as academia.

A major reason Vlieghe was not required to fully sever his ties with Brevan Howard was that the partnership — unlike company shares — is an illiquid asset that cannot be sold, the person familiar with the arrangement said.

So perhaps you don’t hire the guy. After all, lowering interest rates, buying financial assets, and funneling trillions to oligarchs doesn’t really take that much skill. It merely requires a complete lack of conscience and a tendency towards sociopathy. Then again, I’m sure Mr. Vlieghe is some sort of indispensable central planning superhero and the BoE simply couldn’t do without him.

For a SMALL sampling of the oligarchy’s never-ending revolving door, see:

How Jack “Bailout Bonus” Lew Got to Treasury