Wonder why they do not want the food to be labeled?

– Congressman and Agricultural Subcommittee Chairman: “Nearly 80 Percent of the Food Produced In the United States Contains Some Kind of GM [Genetically Modified] Product” 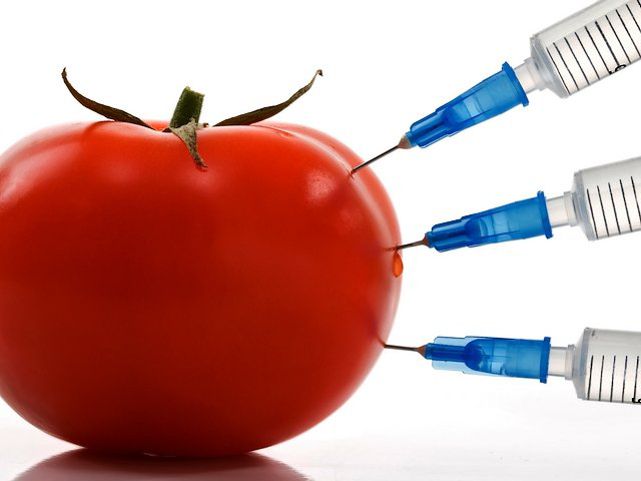 In what may have been the most underreported event overnight, the House quietly passed legislation that would keep states from issuing mandatory labeling laws for foods that contain genetically modified organisms, often called GMOs. The Safe and Accurate Food Labeling Act of 2015, as the law is formally known, passed 275-150, creating a federal standard for the voluntary labeling of foods with GMO ingredients. And since clearly nobody wants to advertise they are using GMOs in their food, the number of “volunteers” will be precisely zero.

As the Hill reports, Rep. Mike Pompeo (R-Kan.), who authored the bill, called mandatory labeling laws — which have already passed in Vermont, Connecticut and Maine — unnecessarily costly given that GMOs have been deemed safe by the Food and Drug Administration (FDA).

“Precisely zero pieces of credible evidence have been presented that foods produced with biotechnology pose any risk to our health and safety,” Pompeo said. “We should not raise prices on consumers based on the wishes of a handful of activists.”

Well, sure. Then there is the curious case of a lobbyist who back in March proclaimed that Monstanto’s weedkiller “won’t hurt you”, only to promptly refuse drinking it on live it adding “I’m not stupid.”

Somehow we doubt Mike Pompeo is stupid either, which is why he will use all his hard-earned lobby dollars to only purchase organic foods which do not have GMO ingredients, and which happen to be a premium food category, precisely for that reason. Which makes Pompeo’s statement even odder, considering the prices of non-GMO foods are already substantially higher.

And while a minority was not willing to trade off healthy food for higher food prices, the victorious majority claimed a patchwork of labeling laws at the state level would drive up food costs.

Citing a study from a Cornell University professor, the Grocery Manufacturers Association said state-level GMO labeling mandates would increase grocery prices for a family of four by as much as $500 per year and cost food and beverage manufacturers millions of dollars to change food labels and supply chain systems.

Actually, where it would hurt manufacturers would be in the public’s revulsion to eating foods clearly labelled as being genetically modified, leading to a collapse in sales in this high margin food category, and forcing even higher non-GMO prices. Outcomes that would lead to a dramatic erosion in shareholder value for the owners of those companies who stood to lose the most should the Labeling act not pass in its current form.

Owners such as the Koch Brothers and Monsanto.

Last night’s passage of the anti-labeling law was the culmination of a very long and tedious process, one which started well over a year ago. In fact, as Andrea Germanos recalls, it all started last April, when in a move slammed as sealing “an unholy alliance between Monsanto and Koch Industries,” a Kansas congressman submitted legislation that would ban state-level GMO labeling laws.

Called the Safe and Accurate Food Labeling Act of 2014, the industry-supported legislation sponsored by Republican Rep. Mike Pompeo would “amend the Federal Food, Drug, and Cosmetic Act with respect to food produced from, containing, or consisting of a bioengineered organism, the labeling of natural foods, and for other purposes.”

At least between its 2014 name and the final 2015 version Pompeo and his backers added “Safe” to the front just in case the irony was lost on someone.

Which brings us to the biggest winners from this law, and how Rep. Pompeo made a few very rich people even richer.

According to The Center for Food Safety: “Koch Industries’ subsidiary, Georgia-Pacific, is a member of the Grocery Manufacturers Association, which donated more than $7 million against the recent Washington State ballot initiative to label GE foods. Monsanto, another GMA member, was the single largest contributor to that campaign. Between Washington State and California, Monsanto, GMA (including Georgia-Pacific), and others, have contributed over $67 million to keep consumers in the dark about GE foods.”

Others quickly jumped onboard, especially those who would reap the biggest incremental profits such as biotech companies, and now the GMA and other industry groups like the Biotechnology Industry Organization are cheering Pompeo’s legislation.

At the time, many were livid that a full-court press by a few corporations and even fewer billionaires would keep Americans in the dark as to the genetic content of the food they eat:

“GMA’s selection of Congressman Pompeo as their champion shows how extreme the proposal really is,” stated Colin O’Neil, director of government affairs for Center for Food Safety. “Selecting Pompeo creates an unholy alliance between Monsanto and Koch Industries…”

Well, today the unholy alliance won, and the GMA was delighted:

“Today’s bipartisan passage of the Safe and Accurate Food Labeling Act (HR 1599) clearly demonstrates the growing support for this critically important legislation,” said Pamela G. Bailey, president and CEO of the Grocery Manufacturers Association.  “We thank the sponsors of this bill, Congressmen Mike Pompeo (R-KS) and G.K. Butterfield (D-NC), along with Congressmen Mike Conaway (R-TX), Collin Peterson (D-MN), Fred Upton (R-MI) and the other members who supported it for standing on the side of consumer choice, science and fact-based labeling. We now call on the U.S. Senate to move quickly on a companion bill and pass it this year.”

Finally, the question everyone is dying to get the answer to: how much did it cost the Koch Brothers to purchase Mike Pompeo and his bipartisan congressional peers, both republicans and democrats, and pass a law that would save the company billions in profits? 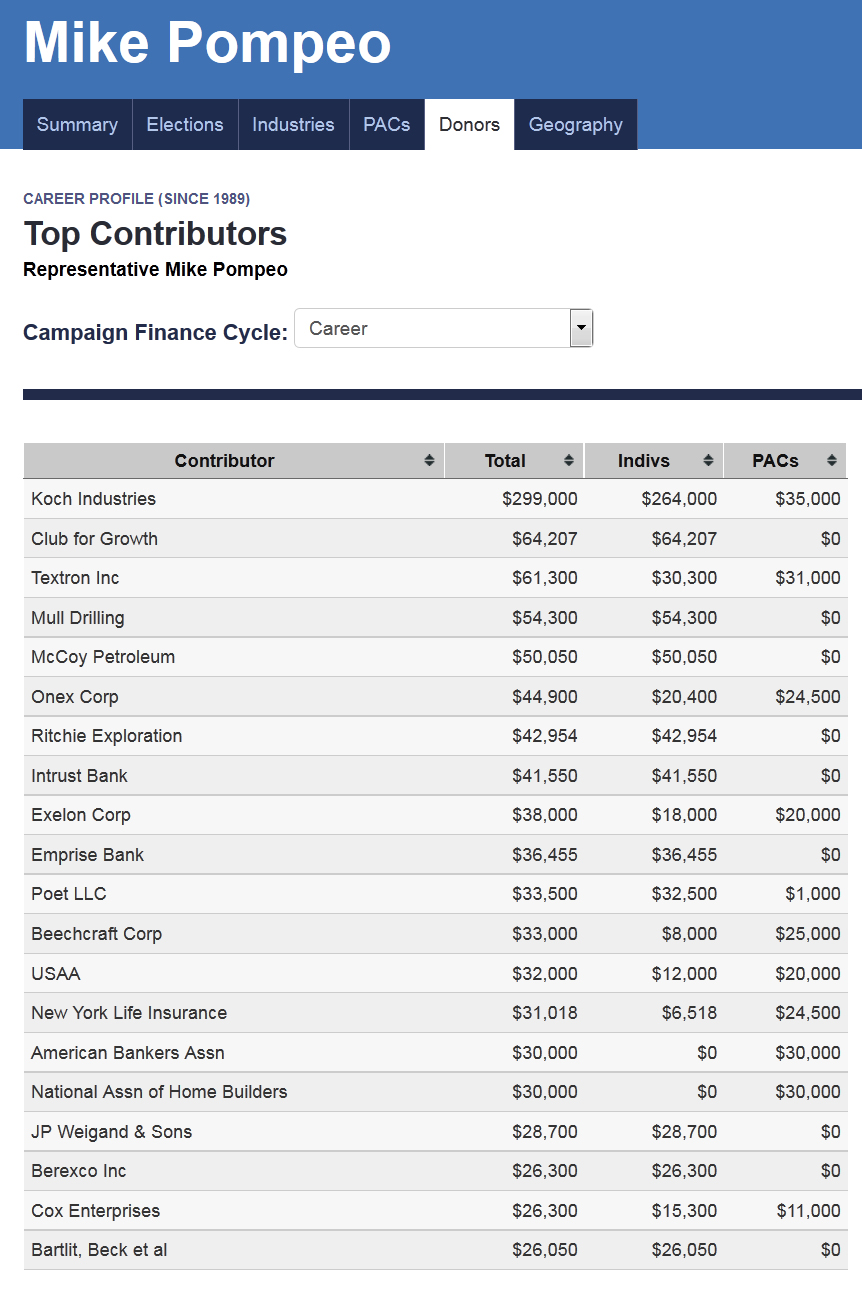 Which is why the stock market with its annual return of 7% is for chumps. If you want to make the kinds of quadruple digit returns on investment, you better buy yourself a congressman.

As for the general American population, well: your food may be every so slightly more mutated, but the good news is that it will remain as cheap and unhealthy as always. 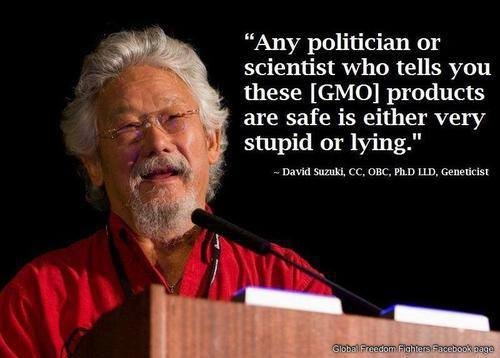 2 thoughts on “It Cost The Koch Brothers Only $299,000 To Block Labeling Of Genetically Modified Foods”