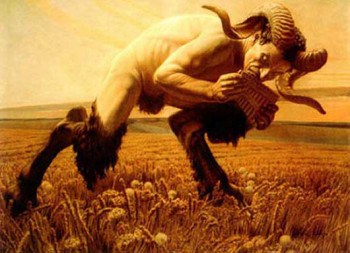 “Pan was a composite creature, the upper part–with the exception of his horns–being human, and the lower part in the form of a goat. (…)The pipes of Pan signify the natural harmony of the spheres, and the god himself is a symbol of Saturn because this planet is enthroned in Capricorn, whose emblem is a goat”
– Manly P. Hall, Secret Teachings of All Ages

And Saturn is associated with Satan. And the satanic power elite is totally obsessed with Saturn. David Icke is just one of many others who has been exposing all of this. 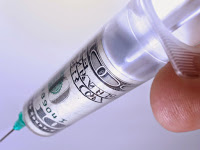 A push for mandatory vaccination continues as SB277 makes its way through California’s Capitol. It is a shining monument to Big Pharma’s coffers and medical control as the bill removes religious and philosophical exemptions for student vaccination, leaving only medical exemptions signed by MDs. Since medical exemptions are rare, it forces parents to take their child into the doctor’s for jabs or be removed from school – a violation of the right to attend public school.

Perhaps by stirring a national “debate,” the pharmaceutical companies made people forget that there is no crisis and that California’s children have been above a 97% vaccination rate. Yet, at least as early as February, simultaneous bills cropped up across the states to remove the ability to decide, and in many cases the ability to decide scheduling/spacing. That last note has frustrated and unnerved parents who vaccinate but like to have some oversight on the amount of injections given per visit.

Recall that six months ago the paradigm was completely different. Online arguments about vaccination were different. Emotions were controlled. Division tactics were subtle. The term “anti-vaxxer” wasn’t really part of the collective lexicon – at least not spat out in viciousness or disdain. No one called for personal calamity, sickness or death on anyone else. No one shunned their neighbors or their neighbors’ children as walking germ bombs or leper terrorists.

As I’ve written before – this vaccine “debate” we keep hearing about is a joke. A real debate involves two consenting parties and suggests some kind of civil discourse. It is not a “corporament” attempting to seize power and remove another person’s rights by forcing their will. There was never a debate for people who were hurled into the witch hunt.

Sadly, the “debate” requires people who can write and push these bills – and they have ravenous appetites…
A Sacramento Bee reporter didn’t initially find a strong link between the pharmaceutical companies and legislators readily on paper and certainly not admitted by pharma reps.

Other legislation has a more direct bearing on the industry, and it is an active political player. Pharmaceutical companies and their trade groups gave more than $2 million to current members of the Legislature in 2013-2014, about 2 percent of the total raised, records show. Nine of the top 20 recipients are either legislative leaders or serve on either the Assembly or Senate health committees. Receiving more than $95,000, the top recipient of industry campaign cash is Sen. Richard Pan, a Sacramento Democrat and doctor who is carrying the vaccine bill.

Did you hear a cha-ching! every time you saw the dollar amount next to member’s name who had direct involvement in the bill? Remember these pharma gifts were given before there was “debate” about vaccines, before any outbreak. 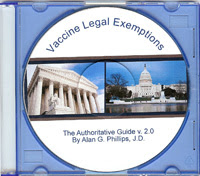 Personal rights are not up for debate, and they certainly don’t go to the highest bidder. They don’t go away so that corrupt politicians can count money and take extra vacations after we’ve already provided their retirement.

Please act now and don’t let the world’s second largest* corporate conglomerate call the shots on children’s health and seal the deal for all the vaccines they have waiting in the pipeline.

*The largest industry is the arms industry – i.e. war

This article may be re-posted in full with attribution.