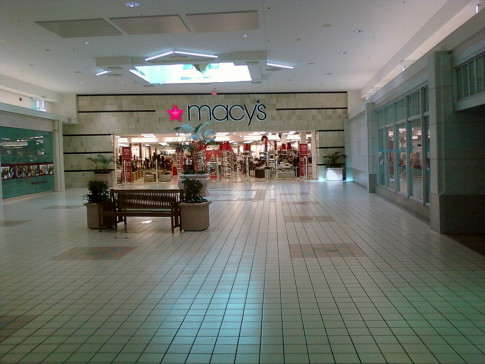 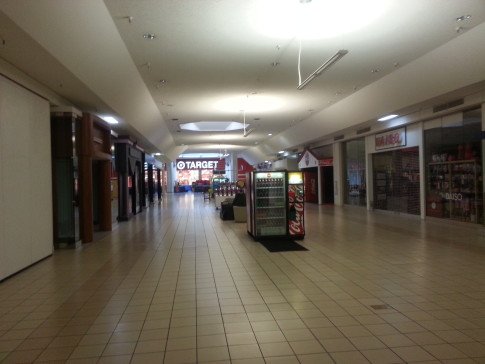 Last week the government reported personal income and spending for April. After months of blaming non-existent consumer spending on cold weather, shockingly occurring during the Winter, the captured mainstream media pundits, Ivy League educated Wall Street economist lackeys, and Keynesian loving money printers at the Fed have run out of propaganda to explain why Americans are not spending money they don’t have. The corporate mainstream media is now visibly angry with the American people for not doing what the Ivy League propagated Keynesian academic models say they should be doing.

The ultimate mouthpiece for the banking cabal, Jon Hilsenrath, who does the bidding of the Federal Reserve at the Rupert Murdoch owned Wall Street Journal, wrote an arrogant, condescending, putrid diatribe, directed at the middle class victims of Wall Street banker criminality and Federal Reserve acquiescence to the vested corporate interests that run this country. Here are the more disgusting portions of his denunciation of the formerly middle class working people of America.

We know you experienced a terrible shock when Lehman Brothers collapsed in 2008 and your employer responded by firing you.

We also know you shouldn’t have taken out that large second mortgage during the housing boom to fix up your kitchen with granite counter-tops.

You should feel lucky you’re not a Greek consumer.

Fed officials want to start raising the cost of your borrowing because they worry they’ve been giving you a free ride for too long with zero interest rates.

We listen to Fed officials all of the time here at The Wall Street Journal, and they just can’t figure you out.

Please let us know the problem.

The Wall Street Journal was swamped with thousands of angry responses from irate real people living in the real world, not the elite, QE enriched, oligarchs living in Manhattan penthouses, mansions on the Hamptons, or luxury condos in Washington, D.C. Hilsenrath presumes to know how the average American has been impacted by the criminal actions of sycophantic Ivy League educated central bankers and their avaricious Wall Street owners.

He thinks millions of Americans losing their jobs and their homes due to the largest control fraud in financial history is fodder for a tongue in cheek harangue, blaming the victims for the crime. Hilsenrath reveals he is nothing but a Fed flunky who is fed whatever message they want the plebs to hear. His job is to obscure, obfuscate, spread disinformation, and launch Fed trial balloons to see whether the ignorant masses are still asleep. The Fed and their owners can’t understand why their propaganda hasn’t convinced the peasantry to follow orders.

A system built upon an exponential increase in debt, cannot be sustained if the masses stop buying Range Rovers, McMansions, stainless steel appliances, 72 inch HDTVs, iGadgets, bling, and boob jobs on credit. His letter to America reeks of desperation. The Fed and their minions have used every play in their Keynesian monetary playbook, and are losing the game in a blowout. With a deflationary depression beginning to accelerate, they have no game.

Despairing mothers, unemployed fathers, impoverished grandmothers, and indebted young people are supposed to feel lucky because they aren’t starving to death like the wretched Greeks. We do have one thing in common with the Greeks. We’ve both been screwed over by bankers and corrupt politicians. Did you know you’ve been given a free ride by your friends at the Federal Reserve? Did you know that zero interest rates and $3.5 trillion of Quantitative Easing (aka money printing) were implemented to benefit you? According to Hilsenrath, the Fed lending money at 0.25% to their Wall Street bank owners, who then allow you to borrow from them at 15% on your credit card, represents a free ride for you. Are the subprime auto loan borrowers, who account for 30% of all auto sales, paying 13% interest getting a free ride?

We are supposedly in the sixth year of an economic recovery and the Fed is still keeping the discount rate at a Lehman “world is ending” emergency level of .25%. Six years after the last recession the discount rate was 5.25%. The last time the unemployment rate was this low the discount rate was 4%. The only ones getting a free ride from the Fed’s zero interest rate policy and QE to infinity have been Wall Street banks, the .1% who live off the carcasses of the dying middle class, zombie corporations who should have gone bankrupt, and politicians who keep running up the national debt with no consequences – YET. The Federal Reserve is a blood sucking leech on the ass of America. Their cure has been far worse than the original illness – Wall Street criminality. In fact, their cure has been to reward the Wall Street criminals while spreading cancer to the working class and euthanizing senior citizens.

Hisenrath and his puppet masters at the Fed can’t figure you out. For decades you have followed their orders and bought Chinese produced shit with one of your 13 credit cards. The Bernays’ propaganda playbook has produced wins for the ruling class since the early 1980’s. Their record is 864 – 0 versus the working class. Our entire warped economic system since the 1980’s has been dependent upon an exponential increase in debt peddled by Wall Street to citizens, government and corporations to give the appearance of a growing, healthy economy.

An economy built upon the consumption of iGadgets, Cheetos, meat lovers stuffed crust pizza, and slave labor produced Chinese baubles, along with the production of enough arms to blow up the world ten times over, and the doling out of trillions to the non-productive class, is doomed to fail. Maybe I can explain the situation in such a way that even an Ivy League educated central banker or a Wall Street Journal faux journalist will understand.

Maybe Jon and his Fed cronies could be enlightened by a look at the American consumer before the bubble boys (Greenspan, Bernanke) and gals (Yellen) at the Fed, along with the corporate fascist takeover of our political system, and the propaganda spewing corporate media monopolies, combined to deform our financial and economic system for their sole enrichment. The lack of spending by consumers might just be due to some of the following factors: 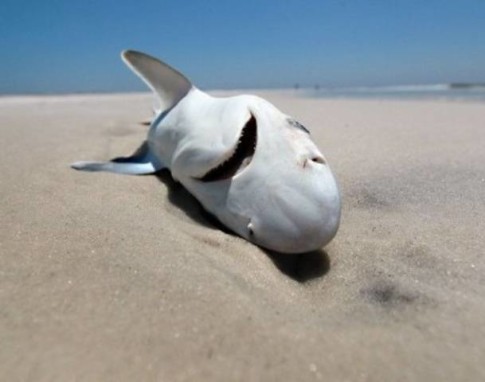 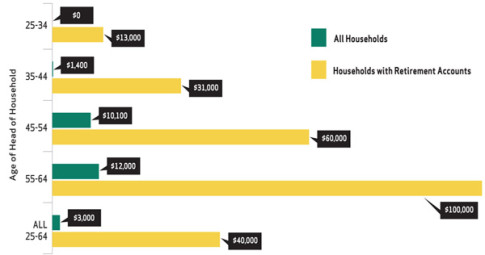 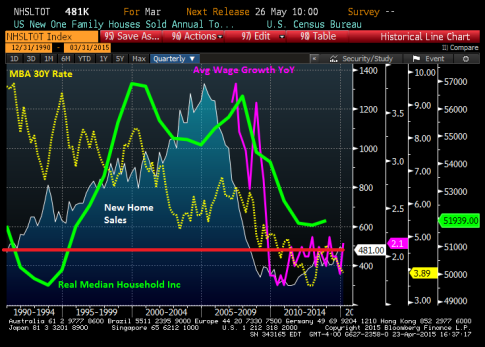 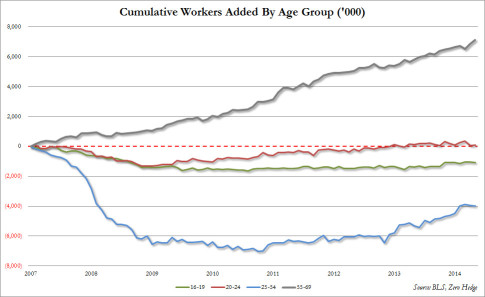 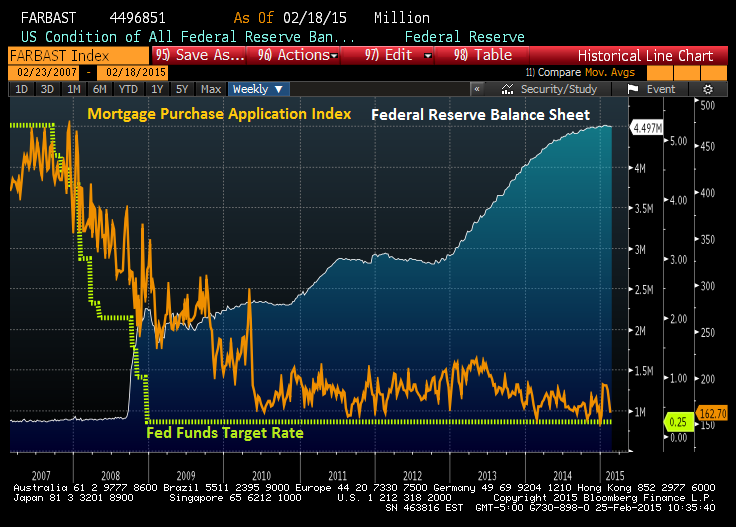 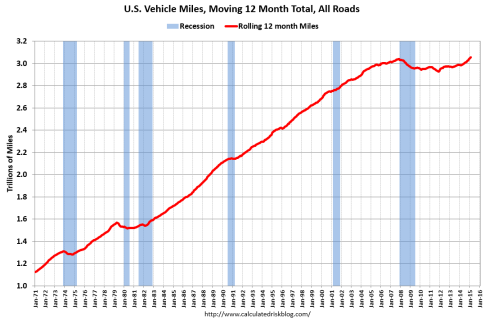 So this concludes my little tutorial for the Ivy League educated central bankers at the Fed and the Wall Street Journal Fed mouthpiece – Jon “I don’t understand” Hilsenrath. I know it is difficult for people to understand something when their paycheck depends upon them not understanding it, but this is pretty simple stuff. Pompous, arrogant, egocentric assholes who write for the Wall Street Journal, run JP Morgan, or control monetary policy for the world, know exactly what they have done, what they are doing, and who is benefiting. We all know the benefits of ZIRP and QE have gone only to the .1% who run the show. We know income inequality is at all-time highs. We know TPP will be passed, because the corporate fascists control the purse strings of our political class. We know the status quo will be maintained at all costs by the Deep State.

We know mega-corporations continue to ship jobs overseas and replace us with cheap foreign labor. We know the current administration actively encourages illegals to pour over our borders, swamp our social safety net, increase crime, and take jobs from Americans. We know the government has us under mass surveillance and will not hesitate to use all of that military equipment in the hands of local police against us. The will of the people is nothing but an irritant to those in power. They might not have us figured out, but a growing number of critical thinking, increasingly pissed off people, have them figured out. The debt expansion days are numbered. A deflationary depression is in the offing. The coming civil strife, financial panic, war, and overthrow of the existing social order will rival the three previous tumultuous upheavals in U.S. history – American Revolution, Civil War, Great Depression/World War II. Fourth Turnings are a bitch.

Hopefully I’ve explained the situation to the satisfaction of Jon and Janet. The mood in this country is darkening by the day. There is no going back to the good old days of yesteryear. They are long gone. No amount of debt issuance and propaganda is going to work. The system is overloaded. The people are angry. The politicians are captured. The banking elite are ransacking the nation for every last dime they can get their grubby little hands on. The military industrial complex is itching for war with Russia and China. The world hates us. If you can’t see it coming, you are either blind, dumb, or an Ivy League educated economist. So go out and spend to make your slave owners happy.