I was sent this a month ago. I wanted to use it but somehow I misplaced it. Anyway I stumbled well & I’d like to just make a point by asking – what is the one thing Zionists hate more than anything? 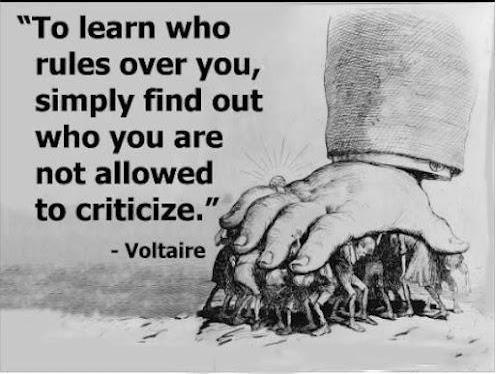 4 years ago I was sent a video of an interview from Canada with the message – WATCH THIS! That was it! Talk about reverse psychology – there was a fair chance I wouldn’t have bothered but the fact a person I’d never had any dealings with pitched it in such a god-awful way, actually aroused my interest. I’ve always appreciated the beauty of applying reverse psychology.

So there’s this Canadian guy interviewing a young chap. Within 60 seconds I’m hearing facts flying out at a rate of knots I thought what’s going on here? It was like an intellectual gatling gun barrelling out info & in a manner so meticulous, it virtually rendered criticism an impossibility because this kid would have made mince-meat out of any Zionist! I thought does he ever come up for air? This was my first encounter with Joshua Blakeney.

I was hearing all the things I believed & wanted to say until halfway through the interview he said said words to the effect that Israelis who spoke out for peace & justice for the palestinians or against their army’s outrageous thuggery, were looked upon as filth that should be eliminated. No quarter was to be given – these people had to be given hell & boy, are they just.

As he continued he explained a process I had no inkling of – this had been going on from the get-go so that becoming an activist in Israel required something above & beyond. Small wonder, in Israel now, not only has the voice of reason taken an absolute battering, almost to oblivion, the mentality that’s emerged as a result of all these years of indoctrination that everyone wants to wipe Israel off the map, has literally bred this belief among this generation of Israelis (get this) THAT NETANYAHU ISN’T TOUGH ENOUGH!

This is par for the course…….

– Jewish Activists Arrested for Peacefully Protesting Israeli Military Fundraiser in US (AntiMedia, May 29, 2015):

On May 12th, Gregory Williams and Dan Fischer were arrested in Westport, Connecticut after attempting to enter a Synagogue where a fundraiser was being held for the Israeli military (IDF).

Williams, a student at Yale Divinity School, and Fischer, an activist with the Middle East Crisis Committee, entered the temple in Westport in order to peacefully protest the actions of the IDF. They simply came to read a Palestinian woman’s statement to the people at the fundraiser about her son being killed in the 2009 attacks on Gaza. They did not get to do so, however, because they were immediately detained by the Synagogue staff after stating their intent to recite the mother’s words.

The protesters were violently tackled and forcefully detained by the Synagogue staff as the police were called. Once the Westport Police arrived, witnesses began alleging that Williams and Fischer had a gun — which proved to be false after an investigation was conducted. Williams and Fischer were arrested, however, and are being charged on the counts of criminal trespassing and breach of peace. As of May 21st, both protesters have been arraigned. Fischer asked for Accelerated Rehabilitation (AR) while Williams pled not guilty and is willing to take the case to a jury trial. The next court date is set for June 21st.

Furthermore, it is absolutely ridiculous that these two peaceful activists are being punished for voicing their opinion and acting on their right of freedom of speech. It’s one thing for something like this to happen abroad, but another when it happens in the “land of the free and the home of the brave.” Are we really a free country if we cannot allow our citizens to speak openly without the threat of being arrested, imprisoned, or fined? How can we be brave if we cannot find it within ourselves to tolerate the opinions of those who have a different perspective than our own?