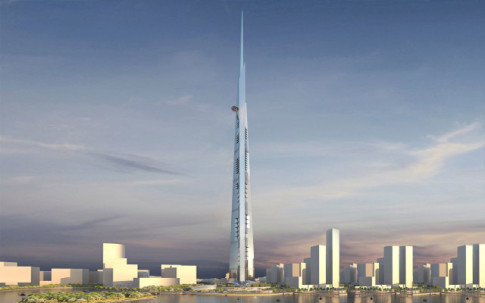 I waited until April 2 because this is no joke.

Behold the proposed new Kingdom Tower for Jeddah, Saudi Arabia — at one full kilometer in height, about twice the size of New York’s new Freedom Tower. The  Kingdom Tower comprises 252 floors of mixed market apartments, hotel rooms, and offices. It is an axiom that imperial societies build their greatest monuments just before they collapse, so consider this a portent for the oil empire of Saudi Arabia. There will always be an Arabia — well something will occupy that desolate region — but it may not be the private domain of the Saud clan much longer, especially as war breaks out across the Middle East and Persia. 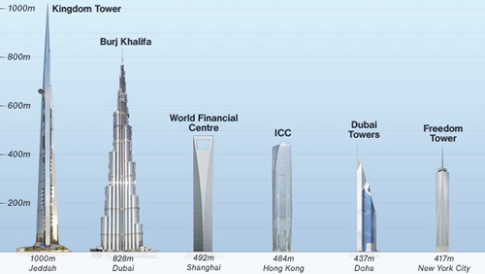 This will give you some idea of the scale. A year ago I went on on a junket to Dubai (a panel to discuss the development of a proposed a new urban quarter). The opening night cocktail party was held at the top of the Burj Khalifa. I took a cab to the base of the damn thing, looked up at the top, and almost blew chunks. Well, I guess some people enjoy being trapped 2500 feet up in the air. Considering the hostilities currently ramping up in that part of the world, I have just one design suggestion to make (below) that might make explicit the true destiny of the Kingdom Tower. After all, that is a technique pioneered by Saudis. 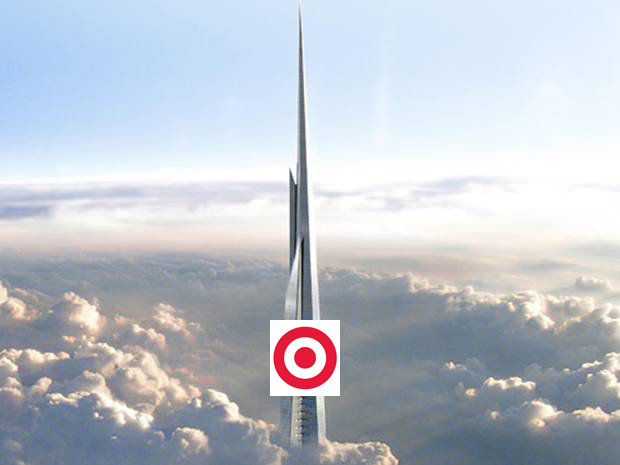 This is a syndicated repost courtesy of KUNSTLER. To view original, click here.