The earthquake was reported by the Europeans, but ignored by the USGS.    Then, after being  posted publicly by the EMSC, all the information was quickly removed from all Western sites (Germany, EMSC + USGS).

As you can see in the screenshot below (taken as I post this article), the event is still showing in news searches on Google, Bing etc.. 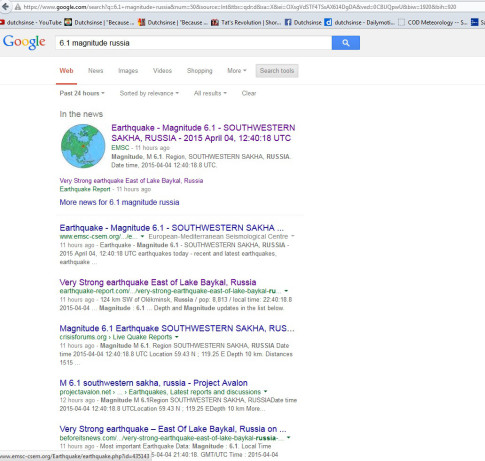 This screenshot below ( from Google Earth  ) shows the location of the earthquake epicenter in comparison to Moscow for easy reference on the remote spot of this event.

Clearly the event happened in the far Southeastern portion of the Siberian highlands. 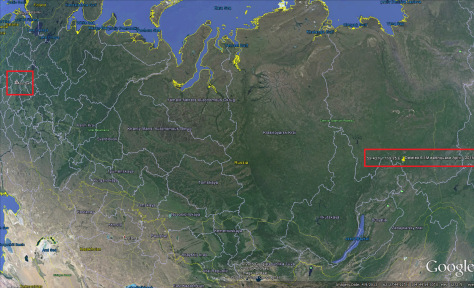 A censored earthquake in Siberia.   Why?

Isn’t Russia doing some kind of huge military drill in Siberia currently?!  Certainly they’re not doing military drills at a depth of 5 miles below the surface — OR are they?!

Maybe a bit of frequency induced seismicity at work here… worthy to consider the earthquake may be a result of high power directed energy systems being used currently (by both sides… the Russians + the US / Allies trying to interfere or spy on the drills).

Regardless of the cause of the earthquake, you’ve got to wonder why the governments would HIDE it .

The depth of the event was listed at 10 kilometers by the German + European agencies from Potsdam + the EMSC.

Here is the cache for the page which was since deleted by the Europeans: 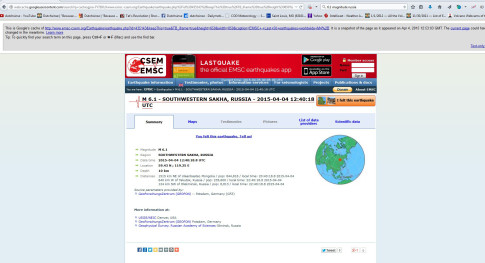 Information from the webcached page coming from the EMSC dead link: