– Americans Not In The Labor Force Soar To Record 93.2 Million As Participation Rate Drops To February 1978 Levels (ZeroHedge, April 3, 2015):

So much for yet another “above consensus” recovery, and what’s worse it is, well, about to get even worse, because while the Fed keeps baning some illusory drum that slack in the economy is almost non-existent, the reality is that in March the number of people who dropped out of the labor force rose by yet another 277K, up 2.1 million in the past year, and has reached a record 93.175 million.

Indicatively, this means that the labor force participation rate dropped once more, from 62.8% to 62.7%, a level seen back in February 1978, even as the BLS reported that the entire labor force actually declined for the second consecutive month, down almost 100K in March to 156,906. 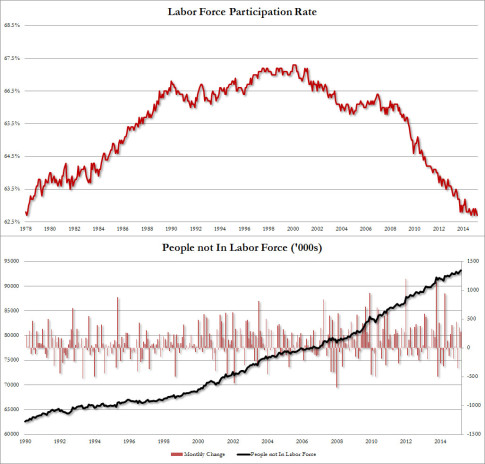 Why is this important? Because as long as the true employment rate, that of the civilian employment to total population, remains at depression levels, there will be no incrases in average hourly earnings. 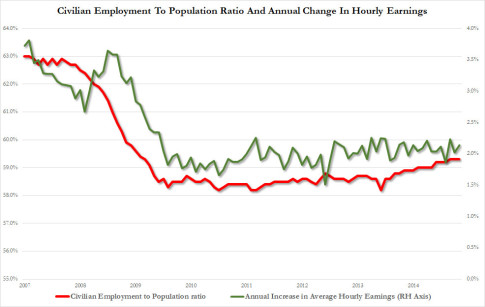