“Another article on Greece from Bloomberg…..does not address many of the points the NY times did……..but at least they are mentioning it…”

Time is running out for Greece. By early April, the Greek government will have a bond payment come due, and there will be no way for the government to make the payment unless it gets a fresh tranche of cash from its creditors, who are in large part euro zone governments.

“Here is a story that ought to be worrying every state of the EU and the US economy……..Greece.

Greek officials are meeting with Russian and Chinese leaders…..Greek leaders already assuring China they have a place in the largest Greek shipping port. Russia and China are financial and political allies, and together, they could easily step in and help Greece if they leave the Euro…..
If Greece leaves the Euro, it will start a financial unraveling that will spread throughout the Euro Zone and the US……” 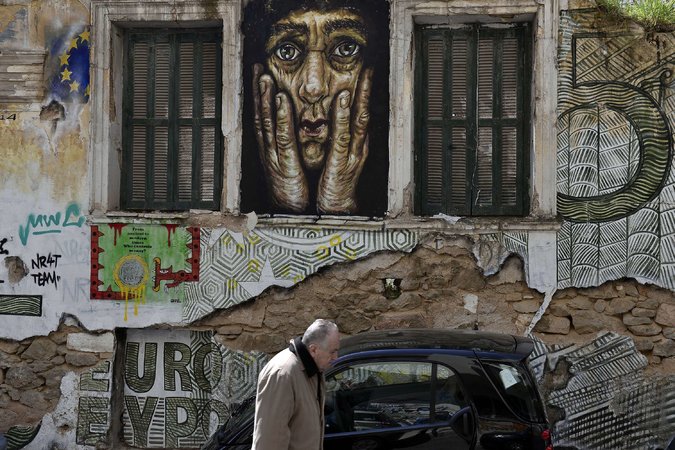 THENS — With the prospect of a default looming in Greece, Prime Minister Alexis Tsipras is preparing to meet next week with President Vladimir V. Putin of Russia as a European deal to give more aid to Athens falters.

The timing has raised questions of whether the visit is an ordinary component of the new Greek government’s multipronged foreign policy, or a pivot toward Russia for financial aid in the event that Greece’s talks with European officials collapse.

Negotiations between the struggling Greek government and its creditors stumbled anew on Monday after European leaders said that a reform plan submitted over the weekend to unlock a fresh lifeline of 7.2 billion euros, or about $7.8 billion, fell short. Greece has warned that it may run out of money soon after Mr. Tsipras meets with Mr. Putin on April 8.

Mr. Tsipras, who came to power in January, originally planned to travel to Moscow in May. But he accelerated the meeting with Mr. Putin a couple of weeks ago as Greece came to loggerheads with Germany and other European countries over the terms for releasing the money. Without it, Greece could go bankrupt or possibly exit the 19-nation eurozone, an event that, if it happened, could increase instability in the region.

Mr. Tsipras’s visit to Moscow is being billed by Athens as a routine meeting to strengthen the relationship between the countries, which have longstanding political and religious ties. But some Greek officials have suggested that Athens might be tempted to assess whether Russia, which is itself squaring off with Europe over the conflict in Ukraine, could be willing to ride in as a white knight if Europe steps back.

“This is an attempt to ratchet up the pressure on the rest of the eurozone to make concessions to Greece,” said Simon Tilford, the deputy director of the Center for European Reform in London.

If so, he added, it is a gamble that could backfire. “Flirting with Russia is guaranteed to antagonize the rest of the eurozone,” Mr. Tilford said. “It will make it harder for those in Germany who were arguing for a more conciliatory line toward Greece to keep it.”

Relations between the new Greek government and other European countries have been strained almost since Mr. Tsipras took office. He has vowed to do away with the harsh austerity terms attached to Greece’s €240 billion international bailout. The government struck a deal on Feb. 20 with European officials to extend the bailout and unlock a further €7.2 billion in aid for Athens, provided Mr. Tsipras’s government made the required structural reforms.

But creditors said the plans that Greece has submitted so far were inadequate, including a new proposal put forward over the weekend.

“It’s time for the ‘haves’ to start paying and for the looting of the middle class and salaried workers to stop,” he said.

In the negotiations with the creditors, he said, “We are seeking an honorable compromise with our partners, but do not expect an unconditional surrender.”

Mr. Tsipras noted that a new law making it easier to pay back taxes raised €100 million in a week, but he reiterated that Greece’s debt needs to be restructured for Athens to be able to repay it.

With tax revenues falling quickly, Greece will be hard pressed to pay €450 million owed to the International Monetary Fund on April 9, the day after Mr. Tsipras’s visit to Moscow.

Most top Greek government officials have rejected suggestions in recent weeks that they might turn to Russia for aid. But others have courted the idea publicly, including Panos Kammenos, Greece’s defense minister. Greece could seek financial help from Russia, China or the United States as a “Plan B” if Germany “remains rigid and wants to blow Europe apart,” he declared last month.

Russia’s foreign minister, Sergei Lavrov, has said that Moscow would consider a Greek request for aid if one is made — an offer that the Russian ambassador to Greece repeated in an interview with Greek newspaper Kathimerini over the weekend.

On Monday, the Greek energy minister, Panagiotis Lafazanis, traveled to Moscow to meet with his Russian counterpart and the chief executive of the Russian energy giant Gazprom. As he prepared to leave for Moscow, Mr. Lafazanis lashed out at the European Union and Germany for “tightening the noose” around the Greek economy.

Last month, Donald Tusk, the president of the European Council, said in an interview that Mr. Tsipras had assured him he would not be a “troublemaker” over European policy toward Russia.

But few people have forgotten how the new Syriza-led government in Greece, just days after it was elected in January, denounced European Union sanctions against Russia over Ukraine. The move took European Union leaders by surprise and threatened to upend Europe’s policy toward Moscow. Facing pressure, Athens quickly reversed its position and joined other countries in a unanimous vote to continue sanctions for Russia.

Still, some officials in Brussels saw Greece’s flip-flop as a bargaining ploy to win concessions from European Union creditors over the terms of Greece’s bailout package. Athens has also talked of turning to China for help if need be.

On Friday, Deputy Prime Minister Yiannis Dragasakis met with Vice Premier Ma Kai in Beijing, where both men pledged to strengthen ties between the countries. Mr. Dragasakis also assured Beijing that the Chinese state-run shipping company Cosco could move ahead with a tender for a 67.7 percent stake in Greece’s Piraeus Port Authority, one of the most strategic ports in southern Europe.

Even if Greece were eventually to seek financial assistance from Moscow, Russia’s economy is under pressure amid a collapse in oil prices and the lengthy conflict in Ukraine. It is expected to contract by at least 4 percent this year. While the ruble has been rising in recent days — and the sense that the Kremlin may be getting things under control is increasing — Russia may think twice if Mr. Tsipras were to seek large sums of financial aid, especially if loans risked not being repaid any time in the foreseeable future.

“Moscow could provide a little bit of funding to tide over the Greeks,” Mr. Tilford said. “But it is not in a position to provide the kind of money that Greece would need to stay in the eurozone.”

Greece’s European partners have suggested Athens may need to apply for a third bailout this summer, before an additional €7 billion worth of debts to the I.M.F. and the European Central Bank come due. Any new package could be in the tens of billions of euros, and would most certainly hinge on a string of harsh conditions that Greece would rather avoid.

In the meantime, the haggling between Athens and Brussels continues. Greece and its creditors were expected to discuss the latest reforms on Wednesday, although no conclusion is expected during the Easter holiday on whether they will be sufficient to unlock cash.

Correction: March 31, 2015
An earlier version of this article misstated the date on which Greece will have to pay about €450 million owed to the International Monetary Fund. It is April 9, the day after Prime Minister Alexis Tsipras visits Moscow, not April 7, the day before. 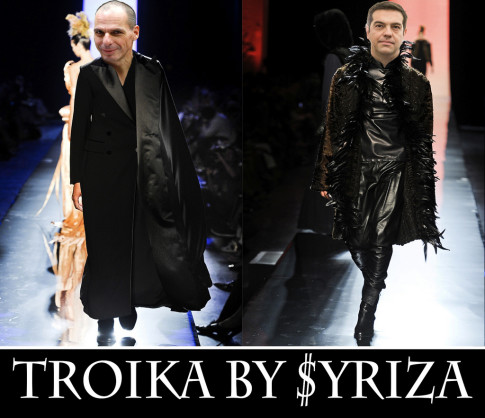 – George Soros Warns Greece ‘Is Going Down The Drain’ (Video)

– Greek FinMin Varoufakis Has A Vacation Villa That He’s Willing To Rent For The Bargain Price Of Just €5,000 Per Week
– Why Greece is the lynchpin that could unleash economic collapse, domestic martial law and global war
– Shocking austerity: Greece’s poor lost 86% of income, but rich only 17-20%