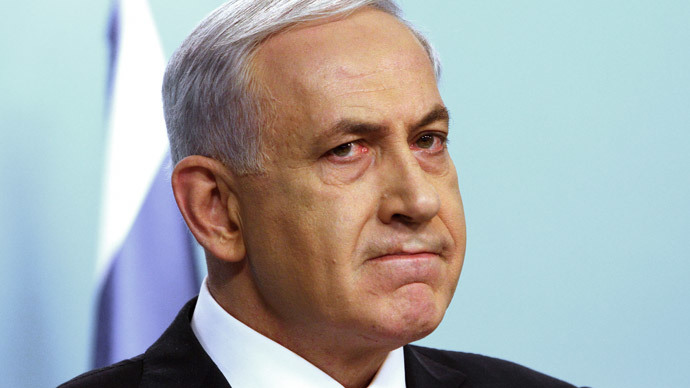 – Vladimir Putin says Russia will fight for the right of Palestinians to their own state (Independent, March 29, 2015):

Vladimir Putin has said Russia will fight for an independent Palestinian state, and called for the issues of the Middle East to be resolved through peaceful means.

Despite international criticism over Russia’s own role in the Ukrainian crisis, Mr Putin was hailed last week by a St Petersburg Cossack group for his ability to “bring order and stop wars”.

In an address to the Arab League summit in Egypt on Saturday, Mr Putin spoke against foreign intervention in countries’ internal disputes and spoke of the role Russia can play in diplomatic channels.

While Russia openly opposes the stance of US-backed Israel on the Gaza crisis, its position in the Middle East is complicated. Mr Putin is one of Iran’s key allies, but as he spoke on Saturday the core nations of the Arab League engaged in air strikes on the Iranian-backed Houthi rebels in Yemen.

His attempts to urge a peaceful solution in Yemen haven’t had much of an immediate impact – on Sunday, the Arab League agreed to the creation of a joint military forces comprised of around 40,000 elite troops to resolve the future “challenges” of the Middle East.

As one of the “Quartet” entities involved in Middle East peace negotiations, Russia has played a key role in talks about the fallout of last year’s Gaza crisis.

He told the summit this weekend: “Palestinians have the right to establish an independent and habitable state with a capital in East Jerusalem.

“Russia will continue to contribute to achieving this goal through bilateral and multilateral channels,” he said.

Last month, the Quartet of the US, EU, UN and Russia issued a joint statement after a meeting in Germany to express their frustration at the breakdown of talks in Israel.

Both sides left the negotiating table with Palestinians angry at continued building on Jewish settlements in occupied territory and Israel objecting to the idea of Hamas entering the Palestinian government, Reuters reported.

All four Quartet members reiterated that talks must respect both Israel’s concerns over security and Palestinian demands for statehood.

“The Quartet is deeply concerned over the difficult situation in Gaza where the pace of reconstruction needs to be accelerated to address the basic needs of the Palestinian population and to ensure stability,” the statement read.