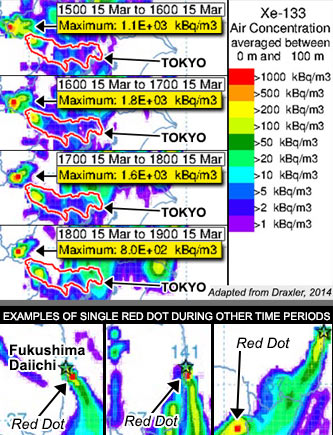 Based on video from a November 2014 presentation by Roland Draxler of NOAA Air Resources Laboratory (powerpoint document):

According to this study on the CTBT monitoring system, “the Fukushima event caused very high concentrations in all noble gas systems in the northern hemisphere.”

Watch a video of the NOAA model here