“That the manner in which we live today is about to drastically change, and that this coming change is being hidden from us deliberately by those who wish to use a tactic of financial shock and awe to their ultimate advantage.” 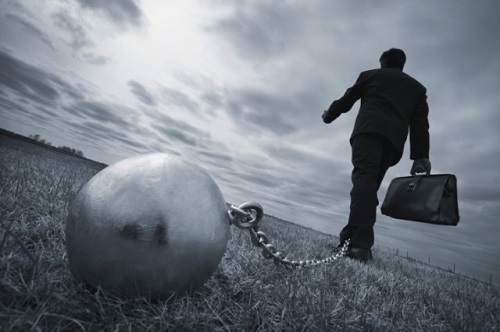 Consumer spending in the U.S. accounts for approximately 70 percent of gross domestic product, though it is important to note that the manner in which “official” GDP is calculated is highly inaccurate. For example, all government money used within the Medicare coverage system to pay for “consumer health demands,” as well as the now flailing Obamacare socialized welfare program, are counted toward GDP, despite the fact that such capital is created from thin air by the Federal Reserve and also generates debt for the average taxpayer. Government debt creation does not beget successful domestic production. If that was a reality, then all socialist and communist countries (same thing) would be wildly enriched today. This is simply not the case.

That said, the swift decline in manufacturing jobs in the U.S. over the past two decades, including a considerable 33 percent overall decline in manufacturing jobs from 2001 to 2010, leaves only the consumer and service sectors as the primary areas of employment and “production.” The service sector provides about three out of every four jobs available in America, according to the Bureau of Labor Statistics.

The truth is that America actually produces very little that is tangible beyond Big Macs, pharmaceuticals and the occasional overpriced fighter jet that doesn’t function correctly and is filled with Chinese parts. All three will kill you at varying degrees of speed…

In the first part of this article series, I discussed the true state of global demand, along with the unstable situation within numerous indicators from exports to retail. Swiftly falling global demand for raw materials as well as consumer goods is an undeniable reality. This is a distinct problem in terms of the U.S., which has been, up until recently, the primary consumption driver for much of the world. As I plan to show, U.S. demand is about to fall even further into the abyss as real unemployment and personal debt take their toll.

Now, it is probably important to address the lies presented in the mainstream and by the BLS in terms of unemployment statistics because even after years of alternative analysts debunking establishment stats and how they are calculated, we STILL end up hearing the same arguments parroted by disinformation agents and unwitting useful idiots.

Such people continue to parade around boasting about the latest BLS reports on job creation claiming that “all is well” because the unemployment rate has dropped to 5.5% and all other talk to the contrary is “doom and gloom.” So, once again, I must relate the fact that the current BLS numbers are an utter sham.

Official unemployment stats are arrived at through disingenuous methods of calculation that were introduced in the 1990s, just before the bursting of the dot com bubble; the introduction of artificially low interest rates, which created the derivatives crisis; and the steady derailment of the U.S. financial system, which has occurred ever since.

So, first, I would ask how it is that the BLS comes to the conclusion that nearly one-third of the U.S. population does not want to work? Is it through its so called “household surveys?” Surveys, just like public polls, can be easily manipulated to affirm any particular bias merely by changing how questions are phrased. I would certainly love to see the raw data from such polls before the BLS adds its own spin.

Second, even if such claims were true and tens of millions of Americans did not want to work, why would this matter? Shouldn’t they still be counted as unemployed in order to draw the most accurate picture of our economic situation? Wouldn’t 92 million Americans apparently on a long-term labor and productivity strike have a severe negative effect on real GDP? And obviously, they must be surviving somehow. Wouldn’t 92 million people eventually require government assistance through food stamps and welfare? Does none of this matter to the BLS in terms of the overall economic picture?

Third, if the assertion is that 92 million people do not want jobs, then by extension the BLS would have to show that those millions of people could in fact get a job if they simply tried. Where are these tens of millions of jobs that Americans are refusing to apply for and what do they pay?

Fourth, a common misrepresentation attached to the claim of “refusal to participate” is that many of these Americans are teens in school (16 to 18) and possible “retirees” (55 or older). The BLS and the mainstream media simply assume these people do not want a job and should not be counted as unemployed. Of course, the BLS includes such people in its stats when they DO have jobs. So, according to the BLS, if you are 16 or 55 or 65 and you have a job, then you count. If you are 16 or 55 or 65 and don’t have a job, then you don’t count. See how that works?

Fifth, millions of Americans are losing long-term unemployment benefits every quarter and are being removed from BLS statistics. Many of them are not teens or retirees. These are average-working-age adults who now no longer have any real launch pad to progress in their career or life, and who should be fully motivated to obtain work if jobs are so readily available. Again, where are these jobs that said prime-working-age people refuse to accept?

The BLS also invariably discounts the number of working-age Americans who enter the market as well when boasting of jobs created to the public. Job growth numbers do not weigh the number of new participants each month with the number of supposed jobs made available, thus creating a misconception about how many new jobs are actually needed to keep the economy functional.

Another important factor to observe in government labor statistics is the issue of part-time work. When the BLS releases its monthly stats on unemployment, it does not widely promote or discuss the fact that 18 percent to 20 percent of those labeled “employed” are considered “part-time employed.” The BLS defines “part-time employed” as anyone who works 1 to 34 hours per week. Yes, if you work one hour per week, you have helped to bring down the overall unemployment rate of the U.S. to a fantastic 5.5 percent, even though you likely have zero ability to support yourself financially, let alone a family.

What does the 5.5 percent unemployment number actually represent on a fundamental level where the real world actually matters rather than the world of hypothetical calculations? Not a damn thing. The number is absolutely and unequivocally meaningless.

If one were to calculate unemployment using pre-1990s methods, as websites like Shadowstats.com do, counting U-6 measurements as well as the underemployed, you would come up with a U.S. jobless rate closer to 23 percent.

Many of those workers in the service sector on the higher end of the part-time and full-time spectrum still cannot support themselves adequately due to falling wages, rising prices and growing debt obligations, which brings me to the next problem at hand.

Beyond unemployment as a destroyer of consumer demand, there is also personal debt. Much of the focus within the mainstream and even alternative economics revolves around national debt (I will cover the many lies surrounding national debt in my next article). However, effects on fundamental demand are far clearer when one examines household liabilities. According to averages supplied through government stats (meaning the real numbers are likely far worse), the average American household suffers from between $10,000 to $15,000 in credit card debt, $155,000 in mortgage debt and $32,000 in student loan debt.

Americans owed nearly $12 trillion overall in 2014, an increase of 3.3 percent over 2013. Declines in some debts, including a decline in credit card debts since 2011, are attributed to numerous defaults, not repayments.

What we have here is a deadly fiscal combination; namely the combination of real unemployment at permanently high levels and real personal debt at unsustainable levels. This is the core reason behind the collapse in global demand that was discussed in the first installment of this series. With U.S. consumers no longer able to support their historical consumption habits and with the inflexible skeleton of the U.S. economy in particular dependent on past consumer dynamics, the system has little financial plasma left circulating.

This is not necessarily a new trend; but 10 years ago, Americans were able to offset their dwindling buying power by taking on massive debts through easy Federal Reserve fiat fueling questionable bank loans. They no longer have this option; thus, consumption is going to degrade (and is degrading) to the point that the current financial structure, stuck in its rigid and fragile dynamic, will collapse. There is no way around it.

As stated in my last article, the numbers given here are in most cases establishment-generated statistics. A common argument among state apologists and propagandists is that we in the alternative economic field should be labeled “hypocritical” if we debunk some mainstream stats while using others as reference points. I would make clear yet again that it is the contradictions within the government’s own numbers and claims that alternative analysts are most concerned with. My view is that when mainstream numbers actually reflect negative economic trends, they should be multiplied according to other prominent factors. That is to say, when the government bureaucrats and fantasy masters finally admit things are bad, they are actually much worse than indicated.

Some mainstream statistics are outright fraudulent; some are half true; others are factual yet hidden in plain site from the general public. In between the lines of all of this information, good and bad, alternative economists attempt to discern as much foundational truth as possible. As this series continues, I believe readers new to the Liberty Movement, as well as longtime activists, will come to view a wider and fuller picture of our fiscal situation and come to the same conclusion I have – That the manner in which we live today is about to drastically change, and that this coming change is being hidden from us deliberately by those who wish to use a tactic of financial shock and awe to their ultimate advantage.