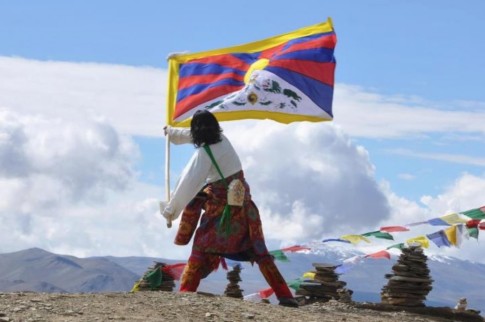 The future belongs to China.

China is the next great nation.

The 21st century will be dominated by China.

I’m sure all of you have heard variations of the above prediction over the past decade or so. I know I have.

Perhaps China will be the next great nation, but perhaps not. I’ll tell you one thing, unless the political environment changes a lot over there, a world defined by the Chinese perspective is not a world I want to live in.

The relative lack of political and internet freedom in China is well known, as is the egregious treatment of the Tibetan people. Despite having controlled Tibet since 1949, and the subsequent intentional migration of ethnic Han Chinese into the region in order to dilute the culture, Chinese authorities remain paranoid and filled with fear. So much so that the government is panicking at recent statements by the Dalai Lama that he may not be reincarnated. This screws up the government’s plan to name the next Dalai Lama and use him as a puppet stooge for the regime. Truly embarrassing.

The AP reports that:

BEIJING (AP) — China’s Communist Party is officially atheist, but that has not stopped it from making some impassioned claims on the afterlife.

Some of the strongest language at this week’s annual national congress has been reserved for the Dalai Lama, the exiled Tibetan Buddhist leader. The fury is over his claim in recent interviews that he may not be reincarnated, ending the Dalai Lama’s seven-century lineage. His comments undercut Beijing’s plans to pick a China-friendly successor to the Dalai Lama after he dies.

China’s stance: The Dalai Lama doesn’t control the next life. We do.

Zhu Weiqun, a senior government adviser, followed up in similarly caustic language, declaring Wednesday that “the reincarnation of the Dalai Lama has to be endorsed by the central government, not by any other sides.”

He blasted the Dalai Lama’s refusal to bend to Beijing’s political demands as a “dual betrayal” to China and his faith. He said the religious leader displayed a “very unserious, very disrespectful attitude” by suggesting he might be reincarnated as a foreigner, a woman or even a bee.

“It is meant to make the Dalai Lama wholly subordinate, in all matters, to the authority of the People’s Republic of China,” said Elliot Sperling, a professor at Indiana University and expert on China-Tibet relations.

Buddhists believe the soul is reincarnated after death in an eventual journey to nirvana, or liberation from the repeating cycle or birth and death. The Dalai Lama is considered an aspect of Buddha whose mission is to help others along the path to nirvana. Tibetan Buddhist tradition holds that a Dalai Lama can exercise some degree of control over how and when his soul is reincarnated.

In fact, the golden urn method soon fell into disuse and played no part in the recognition of the current Dalai Lama, the 14th. Beijing revived it in its recognition of the latest Panchen Lama, Tibetan Buddhism’s second-highest figure, in 1995. The Dalai Lama recognized someone else as the Panchen Lama; that candidate, a 6-year-old boy, quickly disappeared.

That was seen as just one more Chinese attack on Tibet’s religious institutions, culture and way of life, already eroded by Beijing’s heavy-handed rule and large-scale migration to the region by ethnic Han Chinese.

Is this the sign of a powerful nation, or a weak and insecure one?