– Bill Gates: ‘We Need A World Government’ … And A Cashless Society (Video)

US agencies, funders such as the Gates Foundation, and agribusiness giant Monsanto are trying to force unwilling African nations to accept expensive and insufficiently tested Genetically Modified (GM) foods and crops, according to a new report released today. [1] 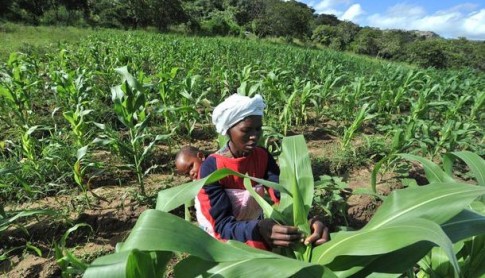 “The US, the world’s top producer of GM crops, is seeking new markets for American GM crops in Africa. The US administration’s strategy consists of assisting African nations to produce biosafety laws that promote agribusiness interests instead of protecting Africans from the potential threats of GM crops,” said Haidee Swanby from the African Centre for Biosafety, which authored the report commissioned by Friends of the Earth International.

The new report also exposes how agribusiness giant Monsanto influences biosafety legislation in African countries, gains regulatory approval for its product, and clears the path for products such as GM maize (corn).

Only four African countries -South Africa, Egypt, Burkina Faso and Sudan- have released GM crops commercially but the issue of genetically modified maize is deeply controversial, given that maize is the staple food of millions of Africans.

“African governments must protect their citizens and our rights must be respected. We deserve the same level of biosafety protection that European citizens enjoy,” said Mariann Bassey Orovwuje from Friends of the Earth Nigeria.

Globally, markets for GM crops have been severely curbed by biosafety laws and regulations in the past decade, and GM foods and crops have been rejected outright by consumers in many countries, especially in Europe.

“South African farmers have more than 16 years’ experience cultivating GM maize, soya and cotton, but the promise that GM crops would address food security has not been fulfilled. Indeed, South Africa’s food security is reportedly declining with almost half the nation currently categorised as food insecure even though South Africa exports maize,” said Haidee Swanby from the African Centre for Biosafety.

“The South African experience confirms that GM crops can only bring financial benefits for a small number of well-resourced farmers. The vast majority of African farmers are small farmers who cannot afford to adopt expensive crops which need polluting inputs such as synthetic fertilisers and chemicals to perform effectively,” she added.

From February 24-27, 2015, Friends of the Earth delegates will attend the International Forum for Agroecology at the Nyéléni Center in Sélingué, Mali [2]

The organisations attending the forum, which represent millions of small scale food producers, believe that genetically modified crops are part of the problem, not the solution, to the hunger, climate, and biodiversity crises we are facing globally. They also believe that agroecology and food sovereignty are the key to address these crises. [3]

In March 2011 the UN Special rapporteur on the right to food, Olivier De Schutter, released a report, “Agro-ecology and the right to food”, which demonstrates that agroecology, if sufficiently supported, can double food production in entire regions within 10 years while mitigating climate change and alleviating rural poverty.

Agro-ecological production models, small scale food producers free to plant and exchange seeds, and strong local markets have been recognized as the best way to feed people and protect the planet. [5]

[1] The new report, “who benefits from gm crops? the expansion of agribusiness interests in Africa through biosafety policy” is embargoed until 23 February 2015 but available for preview by members of the media
at
www.foei.org/wp-content/uploads/2015/02/Who-benefits-report-2015.pdf

[3] According to the final declaration of the Forum for Food Sovereignty, held in 2007 in Sélingué, Mali, “Food sovereignty is the right of peoples to healthy and culturally appropriate food produced
through ecologically sound and sustainable methods, and their right to define their own food and agriculture systems. It puts those who produce, distribute and consume food at the heart of food systems and policies rather than the demands of markets and corporations.”

[4] For more information read the 2011 UN report ‘Agro-ecology and the right to food’ at
www.srfood.org/en/report-agroecology-and-the-right-to-food

[5] In April 2008 a study by 400 multi-disciplinary scientists and several international organisations known as the International Assessment of Agricultural Knowledge, Science and Technology for Development (IAASTD) concluded that agro-ecology, local trade and supporting small farmers is the best way forward to combat hunger and poverty. For more information about the assessment see
www.agassessment.org/

Since genetically modified organisms may have adverse effects on human and environmental health, a global agreement known as the Cartagena Protocol on Biosafety, which came into force in September 2003, was developed to ensure “adequate safe use, handling and transfer” of GM
organisms.

Regulatory frameworks are necessary for the commercialisation of GM crops but, depending on how the framework is crafted, they can either promote the introduction of GM organisms with minimal safety assessment (the approach promoted by the US administration and lobby), or promote rigorous safety assessment and the protection of the environment, health and socioeconomic wellbeing.

The US administration long lobbied against an effective, global Biosafety Protocol and, once the Protocol entered into force, started lobbying African governments and institutions (among others) to accept GM organisms with minimal safety assessment.

For instance, the US government agency USAID assists Regional Economic Communities in Africa to develop policies aimed not at ensuring biosafety, but at limiting regulation, which they consider to be a barrier to regional trade in GM food and crops.

Yet the Biosafety Protocol makes clear that products from new technologies must be based on the precautionary principle and allow developing nations to balance public health against economic benefits.

The Alliance for Food Sovereignty in Africa, a Pan-African civil society network, recently condemned USAID-funded guidelines developed by the Common Market for Eastern and Southern Africa (COMESA) in no uncertain terms, stating that the “COMESA policy aggressively promotes the wholesale proliferation of GM organisms on the African continent by way of commercial plantings, commodity imports and food aid and flouts international biosafety law.”

USAID provided funds to set up COMESA’s Regional Approach to Biotechnology and Biosafety Policy in Eastern and Southern Africa (RABESA) project, which was tasked with developing a mechanism for regulating biosafety in the COMESA region.

There is still the time for Africans to demand that their governments implement policies to uplift and protect the millions of small-scale food producers that currently feed the continent.

The African Union has developed and recently endorsed a Model Law on Biosafety which could contribute to more rigorous biosafety regimes across Africa.

Making the world a better place:

– Bill Gates: ‘Some Days I Wish We Had A System Like The UK’ To Give Obama More Power (Video) 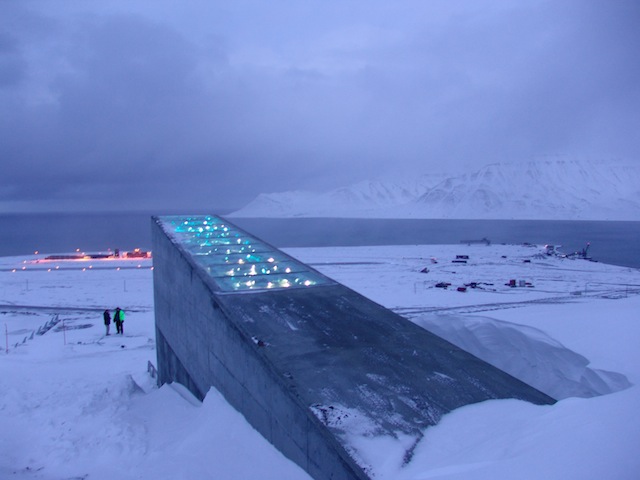 2 thoughts on “US Government, Monsanto and Gates Foundation Push GMOs on Unwilling Africa”