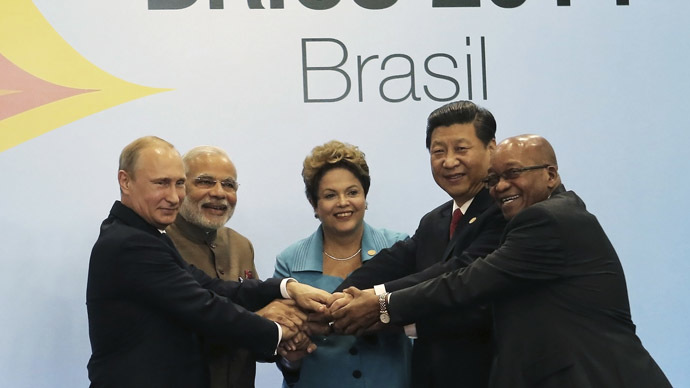 The Russian State Duma has ratified the $100 billion BRICS bank that’ll serve as a pool of money for infrastructure projects in Russia, Brazil, India, China and South Africa, and challenge the dominance of the Western-led World Bank and the IMF.

The New Development Bank is expected to start fully functioning by the end of 2015, according to the Russian Finance Ministry.

Russia has agreed to provide $2 billion dollars from the federal budget for the bank over the next seven years.

It will have three-tiers of corporate governance, with a Board of Governors, Board of Directors and a President.

The bank’s board of directors will hold its first meeting in Ufa in Russia in April. Russian Finance Minister Anton Siluanov is likely to become the bank’s first Chairman of the Board of Governors, according to Deputy Finance Minister Sergei Storchak talking on the Russia 24 TV channel.

The decision to establish the BRICS bank, along with a $100 billion reserve currency pool, was made in July 2014. Each of the five member countries is expected to allocate an equal share of the $50 billion startup capital that will be expanded to $100 billion.

The bank will be headquartered in Shanghai, India will serve as the first five-year rotating president, and the first Chairman of the Board of Directors will come from Brazil.