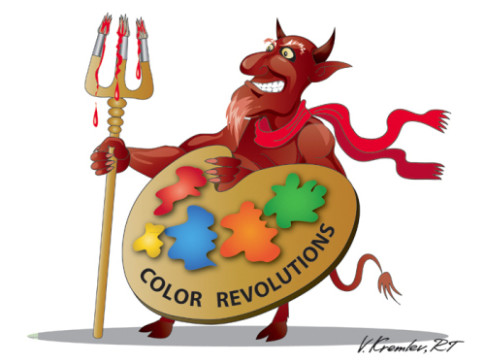 Though President Barack Obama has not yet decided whether to send “lethal assistance,” his administration is reviewing the issue after a surge in fighting between Kiev and Kremlin-backed rebels, the report said.

The United States has accused Russia of conducting a proxy war in Ukraine, but has so far ruled out arms deliveries to Kiev.

The White House has instead limited US assistance to “non-lethal” aid that includes body armor, medical equipment and radar to detect mortar fire.

“Although our focus remains on pursuing a solution through diplomatic means, we are always evaluating other options that will help create space for a negotiated solution to the crisis,” National Security Council spokeswoman Bernadette Meehan told the Times.

But with economic sanctions appearing to have little effect on Russia, the issue of defensive weapons has been pushed back into discussion.

Russia stands broadly accused of supporting the separatist movement, so the supply of lethal aid to pro-Kiev forces could raise the stakes in the conflict.

General Martin Dempsey, the chairman of the US Joint Chiefs of Staff, is open to new discussions about providing lethal aid, as is Obama’s security adviser Susan Rice, the Times said.

“A comprehensive approach is warranted, and we agree that defensive equipment and weapons should be part of that discussion,” a Pentagon official told the Times.

An independent report to be formally issued Monday will urge the US to send $3 billion in defensive arms and equipment to Ukraine, including reconnaissance drones and anti-armor missiles.

Most of Ukraine’s aging stock of anti-armor missiles is out of commission.

The report, released jointly by the Atlantic Council, the Brookings Institution and the Chicago Council on Global Affairs, is already available online.