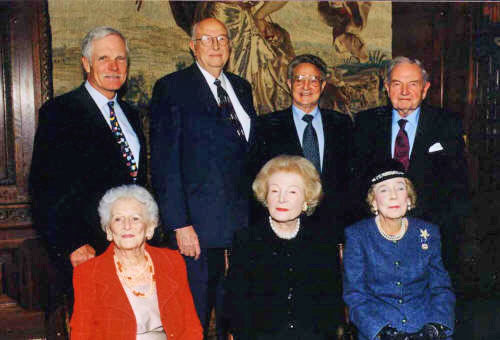 Will be ironic if Soros was long EURCHF

… because there would be nothing more ironic if the man who “broke the Bank of England” ended up being FXCMed himself by another central bank, over two decades later and just as he was set to finally retire, at the age of 84, formally, something he supposedly announced in Davos yesterday.

As it turns out, we were almost correct, and according to the WSJ, Soros Fund Management, which manages more than $25 billion for investor George Soros, was betting against the Swiss franc in the fall before it removed those bearish positions.  Why did the Soros so conveniently take off a bet which, with leverage, could have resulted in massive losses for his hedge fund? The WSJ says he did so after “viewing the risk as too high relative to potential gains, said people close to the matter.” Well as long as “people close” think Soros did not have input directly from the Swiss central bank, or perhaps the occasional hint from Kashya Hildebrand, then one can’t help but marvel at the octogenarian’s impeccable timing. 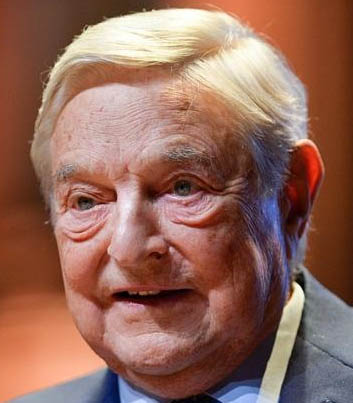 As a result, the franc’s surge last week didn’t have a major impact on Mr. Soros’s firm’s profits, “these people said.” Naturally, if Soros was still short the CHF, he would have suffered massive losses.

Curiously, Soros wasn’t the only one to “luckily” pull his bearish CHF exposure ahead of the 30% move: Brevan Howard Asset Management, run by billionaire Alan Howard , was profiting from a negative bet on the Swiss franc against the dollar before it cut back shortly before the Swiss currency soared. Brevan’s flagship $23.7 billion fund gained 0.8% last week, taking gains for this year to 1.9%.

So Soros and Brevan were spared due to some truly impeccable timing. Others were not as lucky. Here is a quick recap of all the hedge funds (excluding the numerous retail FX brokers such as FXCM that blew up in the aftermath) that have been known to have suffered terminal or partial, but still cripppling, losses. We already know about

But while the vast majority of “hedged” speculators were massively short the CHF into the Swiss announcement, there were some who bet against the central bank, and made huge profits.

First and foremost among these, Quaesta Capital AG: “The firm, which oversees $3 billion in Pfäffikon, Switzerland, bought options “a considerable time” ago betting that the euro would drop below 1.20 francs, said Chief Executive Thomas Suter.”

Those bets paid off last Thursday, when the Swiss National Bank ’s decision sent the franc soaring against the euro and delivered a boost to investors in a $120 million Quaesta strategy that is up at least 14% this year, according to a letter to investors.

“We immediately knew that it was going to be a very, very good day for this strategy and its investors,” said Mr. Suter, who said the firm made the bet because of its low cost and high potential rewards.

Omni Partners was another such winner, which “locked in a small profit, by making small trades that it closed out the same day following the massive franc-euro swing, according to a person familiar with the matter. Omni Partners has about $1 billion under management in London.

London-based macro hedge fund Rubicon Global was down 2.3% at the end of the first full week of January but recouped most of those losses, helped by a positive bet on the Swiss franc, said a person familiar with the matter. Rubicon declined to comment.

Stockholm-based Lynx Asset Management, which manages $5.5 billion, gained more than 2% last week, helped by bets against the euro. The firm is up about 4% this year to Jan. 16, said a person who has seen the numbers.

We expect to learn about even more victims and casualties in the coming days as career-ending margin calls can only be pushed straight to voicemail for so long.

As for everyone in the investing world else who was spared the violent move either to the up or downside, fear not: as more central banks retreat from currency wars, now that things are really heating up, the volatility seen last week will be merely a pleasant reminder of what is about to come as the Big Three move from mere soundbites and proceed to all out tactical FX warfare, until one day, China joins in as well. Then all bets are off.