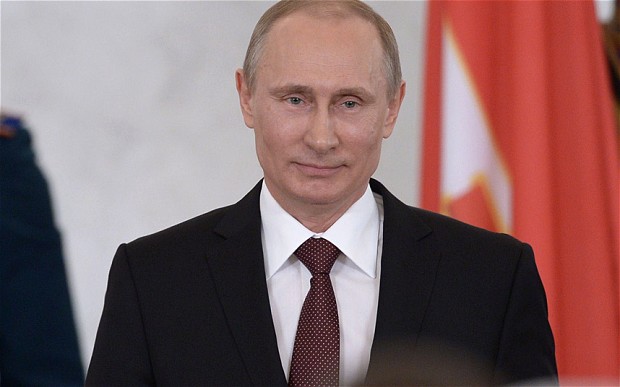 Q: Some EU and NATO members said Estonia was being hystereical [ in its response to Russian provocations]

Ilves: That’s typical for people who do not want to look, what actually happened. The world order found after the Cold War has been destroyed. The UN Charter, the Helsinki Final Act were broken, the Paris Charter of 1990 – which says that each country can make his own decisions when it comes to its national security. Moscow has signed himself. That the Georgians towards NATO wanted 2008 was enough reason for a war on Russia. This time is the reason something as small as an Association Agreement with the EU.

Q. Do Estonians have reason to fear?

Ilves: We – in the EU and NATO – have no reason to fear. We are living in a situation such as in West Germany before 1989, the risk is there, one observes bad behavior.

Ilves: I’m really surprised that opinion writers and others in the French and German media blame the EU Association Agreement [for the tension between Russia and Ukraine]. This is little more than a free trade agreement and a student exchange. This is not a big deal. But the Putin [apologists] criticize the EU that it was a mistake.

I’ll tell you something: May 8, 1945, the definitive answer to annex other territories because of the minority living there. Germany must understand Russia – this is a thought of blood and soil for us.

Q: Do you feel like an outsider in the Western Alliance?

Ilves: No, but we feel vindicated. For 20 years, us Eastern Europeans have been told to calm down, that Russia is a normal country. And now they see that we were right. A few days ago, we have seen first strategic bomber of the Russian Air Force over the Baltic Sea. And people say we are paranoid. Countries, who say this should rather pay attention to their high deficit and excessive wage costs.

Ilves: Russia has miscalculated the consequences of his actions are much larger than expected, they thought that passes everything quickly, as then in Georgia.

Q:  Do you see a change of mindset in Germany?

Ilves: Germany always found an excuse not to do something: the Second World War, the Gestapo, the Stasi.

Ilves: [NATO partners better change] Because it’s embarrassing for them. Because there is not an intellectually convincing answer. But we are not dull small East subhuman. This condescending attitude towards Estonians is repulsive.

1 thought on “‘Putin Destroyed The New World Order’, According To Estonia’s President Ilves”