The last 2 days have seen something ‘odd’ happen in gold markets. As the China commodity finance deals are unwound and massive futures positions squeezed, Gold ETFs have seen the biggest inflows since September 2012 (and are their highest in 2 months). Whether this is the start of trend is unclear (as perhaps the conspiracy ‘fact’ proof of manipulation and rigging in the gold markets stalled the hollowing out of the gold complex). Ironic that this considerable rise should occur shortly after rumors of Germany’s end to repatriation calls. Gold (and silver) has broken out once again this morning after the early dump on ADP ‘good’ news is well bid to 3-month highs. 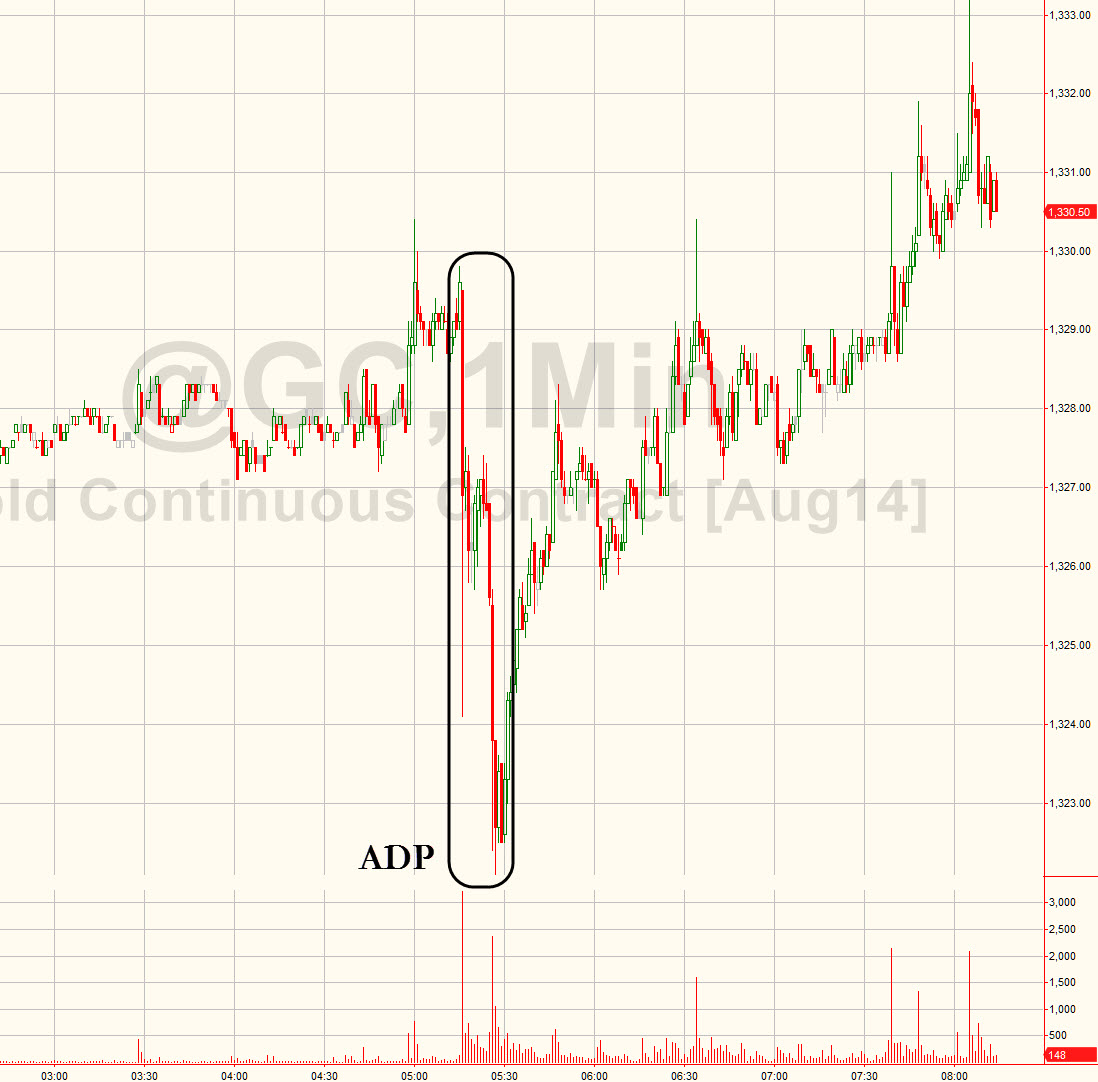 Bloomberg has some color from analysts…

“Gold got its initial pop because of Russia, and then Iraq happened,” Phil Streible, a senior commodity broker at R.J. O’Brien & Associates in Chicago, said in a telephone interview. “Also, the dovish outlook from the Fed is increasing interest in gold, and we are seeing some investors return.”

“Although the overall macroeconomic backdrop remains unfriendly towards gold, with ongoing QE tapering, looming rate hikes and stocks at record highs, prices have generally been quite resilient,” UBS AG analysts wrote in a report yesterday. “That the aggressive ETF selling of 2013 has not made a comeback has provided ongoing support.” 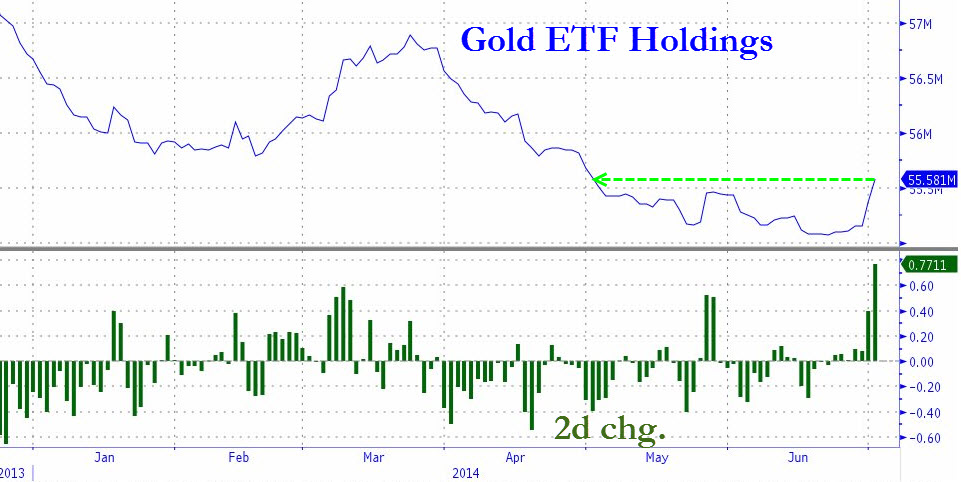