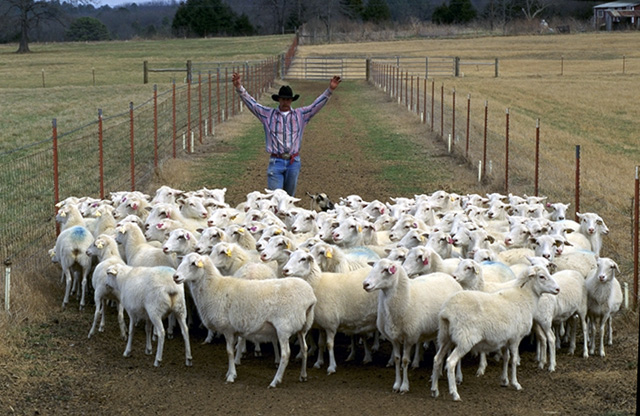 It was two short years ago that the Fed, in its relentless attempt to push everyone into the biggest equity bubble of all time, did something many thought was merely a backdoor ploy to forcibly reallocate capital out of the $2.7 trillion money market industry and into stocks when, as we wrote in July 2012, it contemplated imposing suspensions of fund redemptions to “allow for the orderly liquidation of funds assets.” Or in other words “gate” money markets.

Since then various iterations of this proposal have been attempted, either by the Fed or the SEC, however due to stern industry push back (and the relatively modest amount of money at stake) the attempt to force investors to rotate their funds out of money markets (because it is quite clear that if the Fed is hinting at gating issues with a given asset class, it is only a matter of time before the hint becomes a reality) has failed, and as a result the total amount of notional capital held at money market funds has been largely unchanged in recent years.

Only this time it is no longer aimed at money market funds, but that other most hated, by the Fed, asset class: bond funds, whose relentless inflows, we shouldn’t have to remind readers are the main reason why the propaganda myth of a recovery, and the resulting con game, keep crashing and burning, as it is impossible to spin a 2.5% 10 Year yield as indicative of anything remotely resembling a recovery, and shows at best, a semi-deflationary world. Said inflows also are recurring evidence that whatever retail money remains unallocated, continues to go into the one asset class which is actively disparaged by the Fed at every opportunity.

In brief, if anything, the Fed would prefer that all retail investors pull their money out of bonds funds (and money markets of course), and invest them into 100x+ P/E biotech stocks. Because after all, today’s stock market is nothing but the biggest Fed-propped Ponzi scheme in existence.

And in order to achieve that, according to the FT, “Federal Reserve officials have discussed imposing exit fees on bond funds to avert a potential run by investors, underlining regulators’ concern about the vulnerability of the $10tn corporate bond market.”

FT justifies this latest unprecedented pseudo-capital control by sayng that “officials are concerned that bond-fund investors, as with bank depositors, can withdraw their money on demand even though the assets held by their funds are long-term debt and can be hard to sell in a crisis. The Fed discussions have taken place at a senior level but have not yet developed into formal policy, according to people familiar with the matter.”

“So much activity in open-end corporate bond and loan funds is a little bit bank like,” Jeremy Stein, a Fed governor from 2012-2014 told the Financial Times last month, just before he stepped down. “It may be the essence of shadow banking is … giving people a liquid claim on illiquid assets.”

The Fed’s justification for this latest bazooka approach in forced capital reallocation:

“Oddly” there is nothing in the Fed’s proposal about gating the most overvalued asset classes of all, equities, or say, biotechs and momo stocks, where the drawdowns, when they happen, are so fast and vicious, the bulk of hedge funds are still down for the year precisely because they were all led like obedient sheep into the Div/0 PE slaughter. Also, memory is a little fuzzy, but in the days after Lehman, it was equity hedge funds that promptly gated all their investors…. not bond hedge funds, which in fact were scrambling to deal with the influx of new funds.

Also, it goes without saying that “discouraging investors” from withdrawing funds is the last thing on the Fed’s mind, which knows very well that when it comes to investor behavior all that matters is how the Fed’s future intentions are discounted.

And with this unprecedented step, the Fed is sending a very clear message: it may be next year, or next month, or next week, but quite soon you, dear retail bond-fund investor, will be gated and will be unable to pull your money.

The only thing that was missing from the FT piece was a casual reference to Cyprus.

So what is the obvious desired outcome, at least by the Fed? Why a wholesale panic withdrawal from bond funds now, while the gates are still open, and since those trillions in bond funds have to be allocated somewhere, where will they go but… stock funds.

In other words, now that the Fed is pulling away from injecting tens of billions of liquidity into the market every month, it is hoping the investing population will pick up the torch. And since it has failed to incite the mass reallocation of funds from bonds to stocks, the Fed is willing to use every trick in the book to achieve its goal.

Sure enough, “introducing exit fees would require a rule change by the Securities and Exchange Commission, which some commissioners would be expected to resist, according to others familiar with the matter.” However, those commissioners would be promptly silenced when a joint effort between the NSA and the Fed were to threaten the release of embarrassing photographs or conversations to the general public. And watch how all dissent promptly disappears, and the Fed once again demonstrates it is increasingly more helpless in not only preserving the biggest asset bubble in US history, but at modeling and nudging human behavior.

Sadly for the Fed, America is now on to its endless bullshit experiments. Because absent an executive order from Obama demanding that Americans invest every spare Dollar in a Ponzi scheme, this too attempt to forcibly reallocate capital from Point A to Point B will fail.

Which, however means one thing: since the Fed is so desperate it has to float trial balloons of this nature in the financial press, the untapering can’t be far behind, and with it QEternity+1.

Finally, just like in Europe with its revolutionary NIRP experiment, it will also confirm that the real economy has never been worse than it is now.