“Do as we say, not as we do” continues to be the policy of the ruling elites in America (and around the world). Having claimed in her book that the Clintons were ‘dead broke’ after leaving The White House and that she understood the financial struggles of Americans, Bloomberg reports that the Clintons are using financial planning strategies befitting the top 1% of U.S. households in wealth, creating residence trusts and shifting ownership. Crucially, this is all designed to shield their assets from the estate tax (that now tops out at 40% of assets upon death) – a tax that Bill and Hillary Clinton have long supported. “The estate tax has been historically part of our very fundamental belief that we should have a meritocracy,” Hillary Clinton said at a December 2007 appearance, as long as she doesn’t have to pay it, it seems. 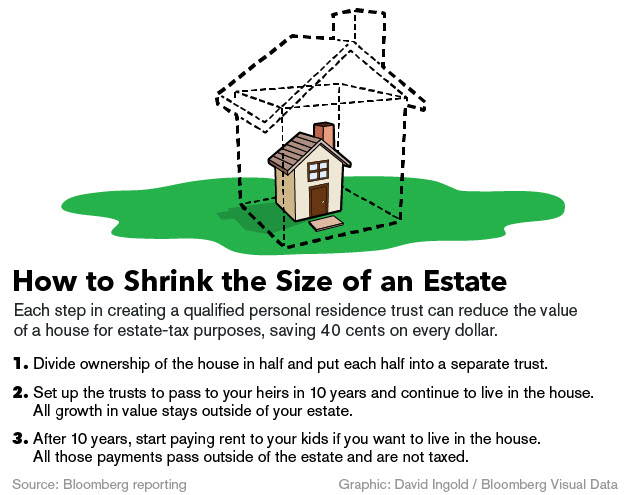 Bill and Hillary Clinton have long supported an estate tax to prevent the U.S. from being dominated by inherited wealth. That doesn’t mean they want to pay it.

To reduce the tax pinch, the Clintons are using financial planning strategies befitting the top 1 percent of U.S. households in wealth. These moves, common among multimillionaires, will help shield some of their estate from the tax that now tops out at 40 percent of assets upon death.

The Clintons’ finances are receiving attention as Hillary Clinton tours the country promoting her book, “Hard Choices.” She said in an interview on ABC television that the couple was “dead broke” and in debt when they left the White House in early 2001. After being criticized for her comments, she told ABC’s “Good Morning America” that she understood the financial struggles of Americans.

In her last campaign, Clinton supported making wealthier people pay more estate tax by capping the per-person exemption at $3.5 million and setting the top rate at 45 percent, a policy Obama still supports. Congress decided to go in the other direction and Obama went along as part of a broader compromise. The per-person exemption is now $5.34 million.

“The estate tax has been historically part of our very fundamental belief that we should have a meritocracy,” Hillary Clinton said at a December 2007 appearance

Of course, as one tax planner explains, these moves are “pretty standard” planning for people who know they will be subject to the estate tax – so if you’re rich enough, you can escape the estate tax…

As Hillary said, “without the estate tax, the country could become dominated by inherited wealth,” which appears to be only acceptable if its Clinton ‘inherited wealth’.