Just as we were about to proudly announce that today was one of those rare days when the bailed out consortium of union votes for purchase also known as Government General Motors did not announce the now generic daily recall of its atrociously built flaming paperweights, here comes the late afternoon stunner and proves us wrong yet again:

GM told NHTSA it would recall 3.16m older model vehicles because combination of too much weight on key chain and “jarring event” may cause ignition to inadvertently rotate to accessory position.  Also announced 5 other recalls decided last Wednesday.  Sees charge up to $700m in 2Q incl. $400m for May 15, May 20 recalls. 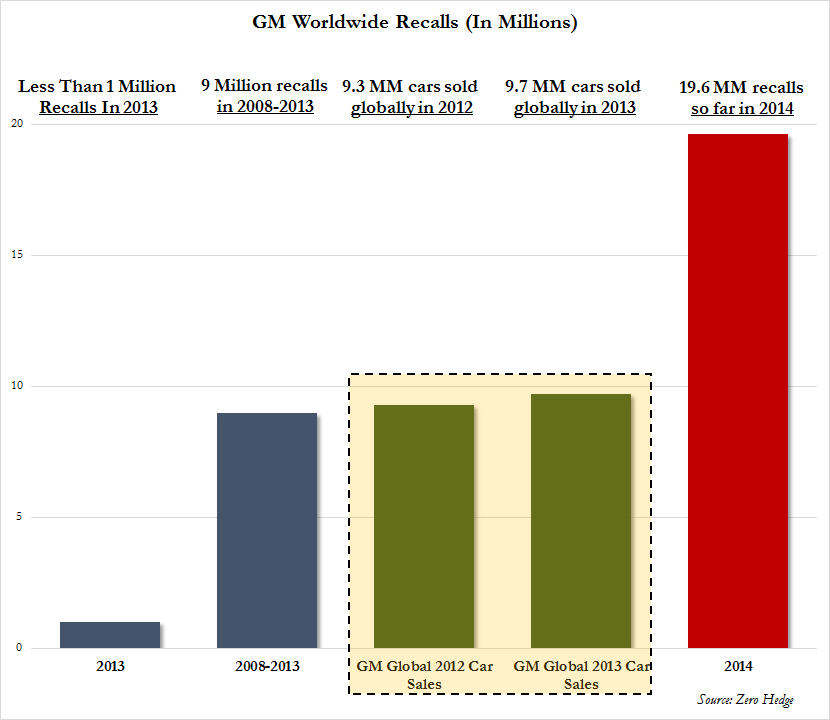 The good news, all those dealer and non-dealer parking lots still have space to accommodate more GM “sales” that just sit there and wait.

The bad news: all the dealer and non-dealer parking lots are getting full.