While all eyes are affixed on Iraq (and record highs for stocks), the situation in Ukraine continues to re-escalate. Ukraine’s interior minister Arseniy Avakov, speaking at a news conference, exclaimed:

What Avakov said (via InterpreterMag)

One tank is in the village of Snezhnoye. Two other tanks have moved out of the town.

These tanks were intercepted by Ukrainian troops in the vicinity of Snezhnoye.

A battle is under way.“ 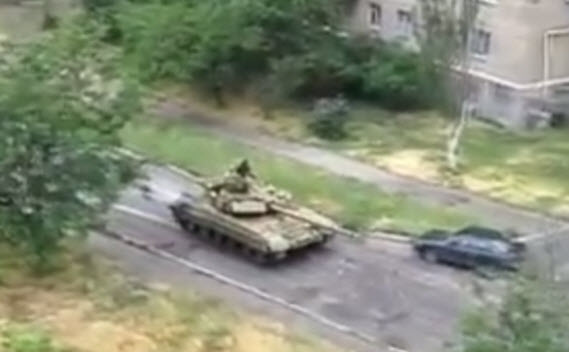 The tanks on the move this morning…

And another more detailed clip…