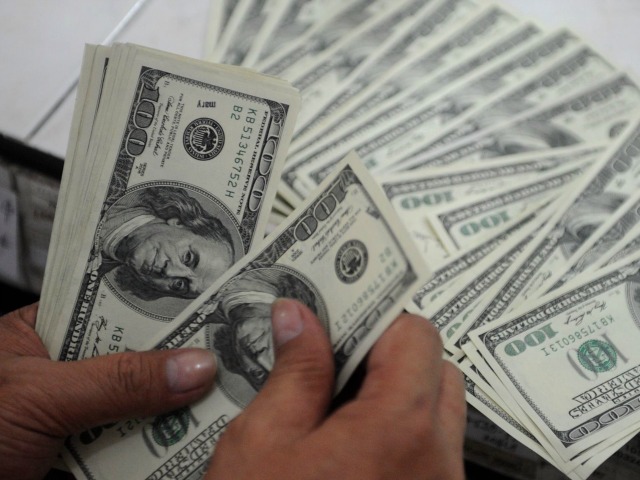 After five years of the federal government telling the public that despite a $3.5 trillion increase in monetary expansion, the inflation rate is below +2%, the Department of Agriculture (DOA) just warned the American public that the consumer price index for food is up by 10% this year.

The DOA tried to blame food inflation on the drought conditions in California, but last year’s drought was worse and food prices fell by -6%. The real problem is Federal Reserve monetary stimulus is stimulating inflation. I reported in “Food Price Inflation Scares the Fed” two months ago that commodity food costs were exploding on the upside. Given the lag in commodity costs impacting prices on grocery store shelves, annual U.S. food inflation is now running at +22% and rising.

The DOA tried to blame food inflation on this year’s drought conditions in California that they stated may have “large and lasting effects on U.S. fruit, vegetable, dairy and egg prices.” It is true that California droughts are always agricultural issues, since 80% of the state’s freshwater supply is used by farms and ranches. This has resulted in surface water deliveries to farms and ranches from reservoirs and the California Aqueduct being cut by 32.5%, or 6 million acre-feet.

But “large and lasting effects” on agricultural production in California will be avoided this year by pumping 5 million acre feet of groundwater from underground lakes, known as aquifers. The aquifers are a relic of the era when the Pacific Ocean covered much of the state. California has over 850 million acre feet of water stored in 450 known groundwater aquifers, enough to cover the state to a depth of 8 feet.

The State of California-sponsored UC Davis/ERA Economics farm report dated May 19th stated that only about 410,000 acres, or 7.5%, of California’s 7 million acres of Central Valley farmland will be taken out of production this year. Losses for the 80,500 farms and ranches in California due to the drought will be limited to only be about $738 million, or 2%, of the state’s $42.6 billion annual agricultural revenue.

California remains number one in agriculture revenue with 11.3% of the US total. The state accounts for 15% of national receipts for crops and 7.1% of the US revenue for livestock and livestock products. As the producer of nearly half of US-grown fruits, nuts, and vegetables, California exported $18.18 billion to other states and countries in 2012.

California’s abundance of sun and ground water explain the state’s farming abundance but also explains the cyclical droughts. But those same cyclical forces are forming an El Niño condition in the equatorial Pacific Ocean that is expected to hammer the Golden State with torrential rain next year.

The real culprit for food inflation is the $940 billion of additional monetary stimulus from the United States Federal Reserve’s quantitative easing over the last twelve months. Inflation has been in hibernation for a long time, but it is wide awake now.

The author welcomes feedback and will respond to comments by readers.

3 thoughts on “U.S. Food Inflation Now Running At 22% And Rising”