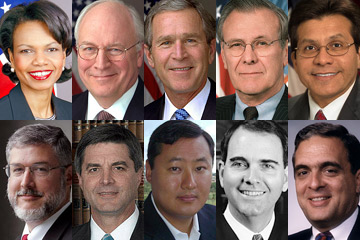 The White House has been withholding for five years more than 9,000 top-secret documents sought by the Senate Select Committee on Intelligence for its investigation into the now-defunct CIA detention and interrogation program, even though President Barack Obama hasn’t exercised a claim of executive privilege.

In contrast to public assertions that it supports the committee’s work, the White House has ignored or rejected offers in multiple meetings and in letters to find ways for the committee to review the records, a McClatchy investigation has found.

The significance of the materials couldn’t be learned. But the administration’s refusal to turn them over or to agree to any compromise raises questions about what they would reveal about the CIA’s use of waterboarding and other harsh interrogation techniques on suspected terrorists in secret overseas prisons.

The dispute indicates that the White House is more involved than it has acknowledged in the unprecedented power struggle between the committee and the CIA, which has triggered charges that the agency searched the panel’s computers without authorization and has led to requests to the Justice Department for criminal investigations of CIA personnel and Senate aides.

“These documents certainly raise the specter that the White House has been involved in stonewalling the investigation,” said Elizabeth Goitein, the co-director of the Brennan Center for Justice’s Liberty and National Security Program at the New York University Law School.

According to Robert Parry, investigative journalist and editor at Consortium News, the Obama administration has nobody but itself to blame now that the controversy has now boiled over, more than five years after George W. Bush left office. Shortly after taking office, Obama famously announced the he wanted to “look forward” not back on the misdeeds of the previous administration.

And it’s not as though Obama is powerless now, though he feigns otherwise. Parry writes:

… The biggest mystery may be why the Obama White House has been so solicitous of the CIA’s desire to keep secret the history of a torture program authorized by President George W. Bush and overseen by Vice President Dick Cheney. As Commander in Chief, President Obama has the ultimate say over what stays classified and what gets declassified.

Yet, as the CIA has dragged its feet about declassifying what are now historical records – by claiming factual inaccuracies – the Obama White House has adopted a posture of powerless supplicant. “We’ve made clear that we want to see the report’s findings declassified,” said White House spokesman Jay Carney, as if the President has no power over this process.

Obama could simply issue a declassification order that would allow the release of both the Senate’s 6,300-page report and an internal CIA review (with whatever redactions would be appropriate). If the CIA wishes to dispute some of the Senate’s findings, it could issue a rebuttal, which is how such disputes have been handled throughout U.S. history.

If every government report required that the party being criticized agree to every detail of the allegations, no report would ever be issued. This idea that secretive CIA officials, who have already obstructed the investigation by destroying videotape of the torture sessions, should now have the right to block the report’s release indefinitely grants the spy agency what amounts to blanket immunity for whatever it does.

So, the question is why. Why does President Obama continue letting holdovers from the Bush administration, including current CIA Director John Brennan, control U.S. national security policies more than five years after President Bush and Vice President Cheney left office?