Well that escalated quickly. It seems the ouster of Yanukovych, heralded by so many in the West as a positive, has done nothing to quell the fear of further economic collapse in Ukraine:

This is around a 30 billion Hyrvnia loss (over $3 billion) in just 2 days for the banks and the new central bank chief is considering “stabilizing loans” to help banks deal with the liquidity crisis (though Ukraine’s reserves stand at a mere $15 billion). 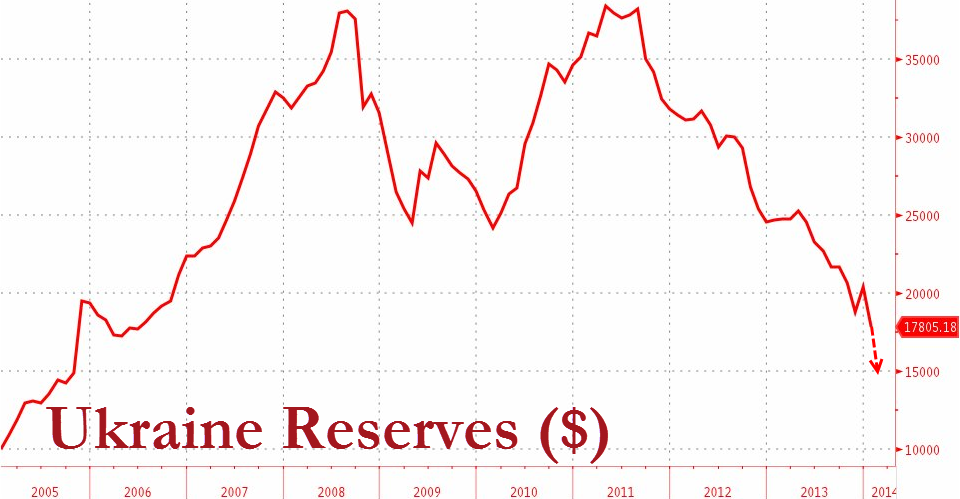