– China Sold Second-Largest Amount Ever Of US Treasurys In December: And Guess Who Comes To The Rescue

Now that we have the full history of foreign Treasury purchases in 2013, we know the following: in December 2012 total US paper held by foreigners was $5,573.8 billion; one year later it rose to $5.794.9 billion or a $221 billion increase. So how does this look in the context of QE? In the past year, courtesy of the Fed’s $1 trillion in TSY and MBS purchases, Ben Bernanke purchases some $552 billion in Treasurys, or about 150% more than all foreigners combined! Suddenly the need for MyRA is becoming all too clear… 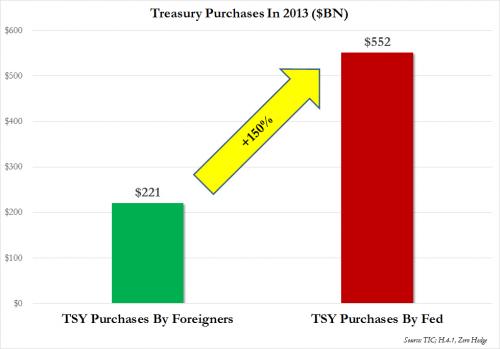 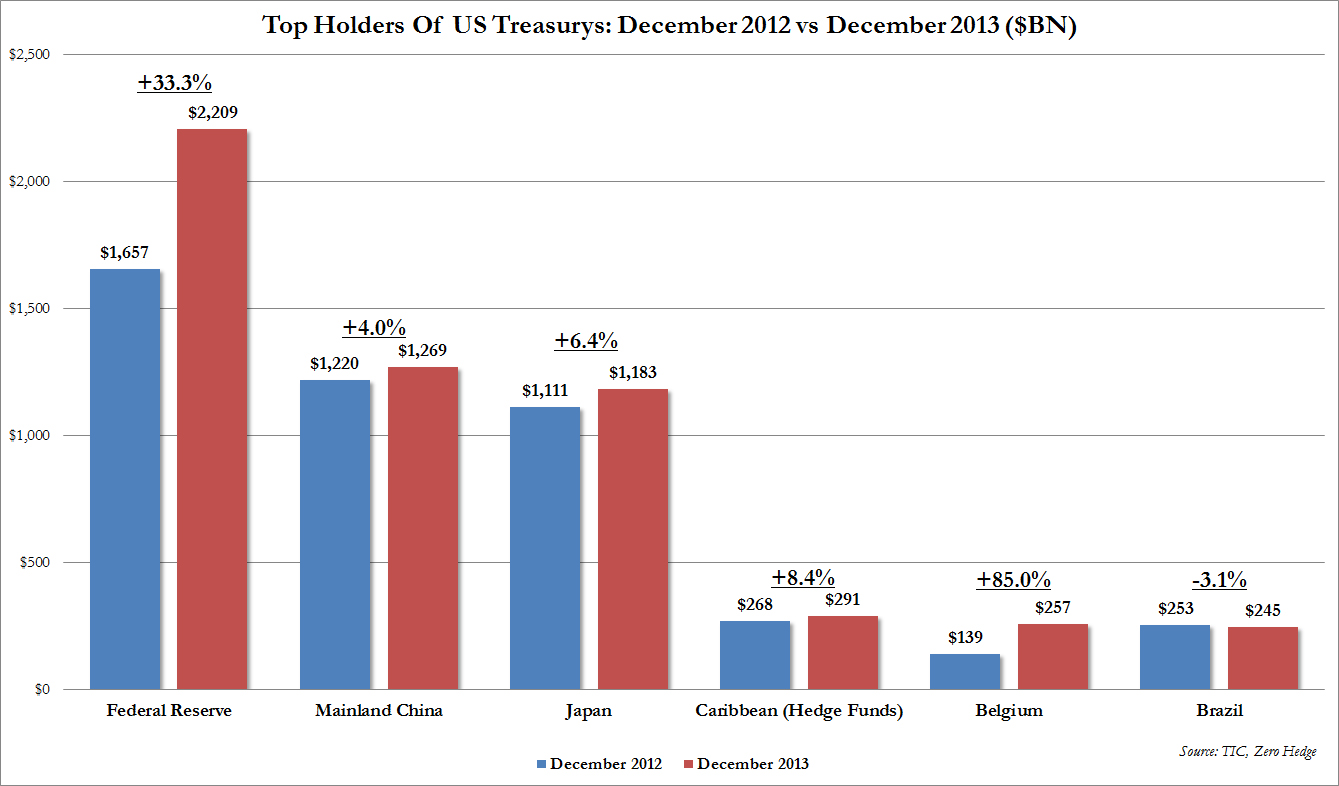 Thank you Fed (and Europe capital Belgium) for continuing to monetize US deficit spending.