Yesterday Bank of America beat thanks to (among other things) ye olde “plunge in the effective tax rate” gimmick which let it beat EPS by two cents instead of missing by three. Today it was Goldman’s turn to “beat” lowered EPS expectations of $4.18, posting a substantial beat of $4.60. So did Goldman also fudge its tax rate? Not exactly: instead, what Goldman did was to reduce its compensation benefits from $2.4 billion to $2.2 billion, which meant the firm’s compensation margin declined from 35.2% to a tiny 24.9% of revenue. Had Goldman kept the comp margin flat it would have missed EPS by about 50 cents. However, unlike the other “banks” Goldman at least did post a notable beat in GAAP revenues (it was reluctant to use a non-GAAP top line, hear that Jamie?) as well, with Q4 sales rising from $6.7 billion in Q3 to $8.8 billion, on expectations of $7.8 billion. However, compared to a year ago, the top line was 5% lower, while Net Income of $4.60 was 21% lower than a year earlier.

The reason for the decline in revenue was the plunge in Equity and FICC Institutional Client Flow, both of which tumbled by 27% and 15% respectively year over year, as more and more institutions just say no to trading. Which mean that Goldman’s prop trading group had to pick up the slack and sure enough Investment and Lending, aka Prop, saw its revenue rise to $2.1 billion in the quarter, up 4.4% from a year ago and the third best quarter in post-Lehman history. Finally, Investment Banking revenues of $1.7 billion also posted a notable increase of 22.3% Y/Y as Goldman’s bankers rushed at the opportunity to advise on the surge in equity and debt offerings and occasional M&A deals. 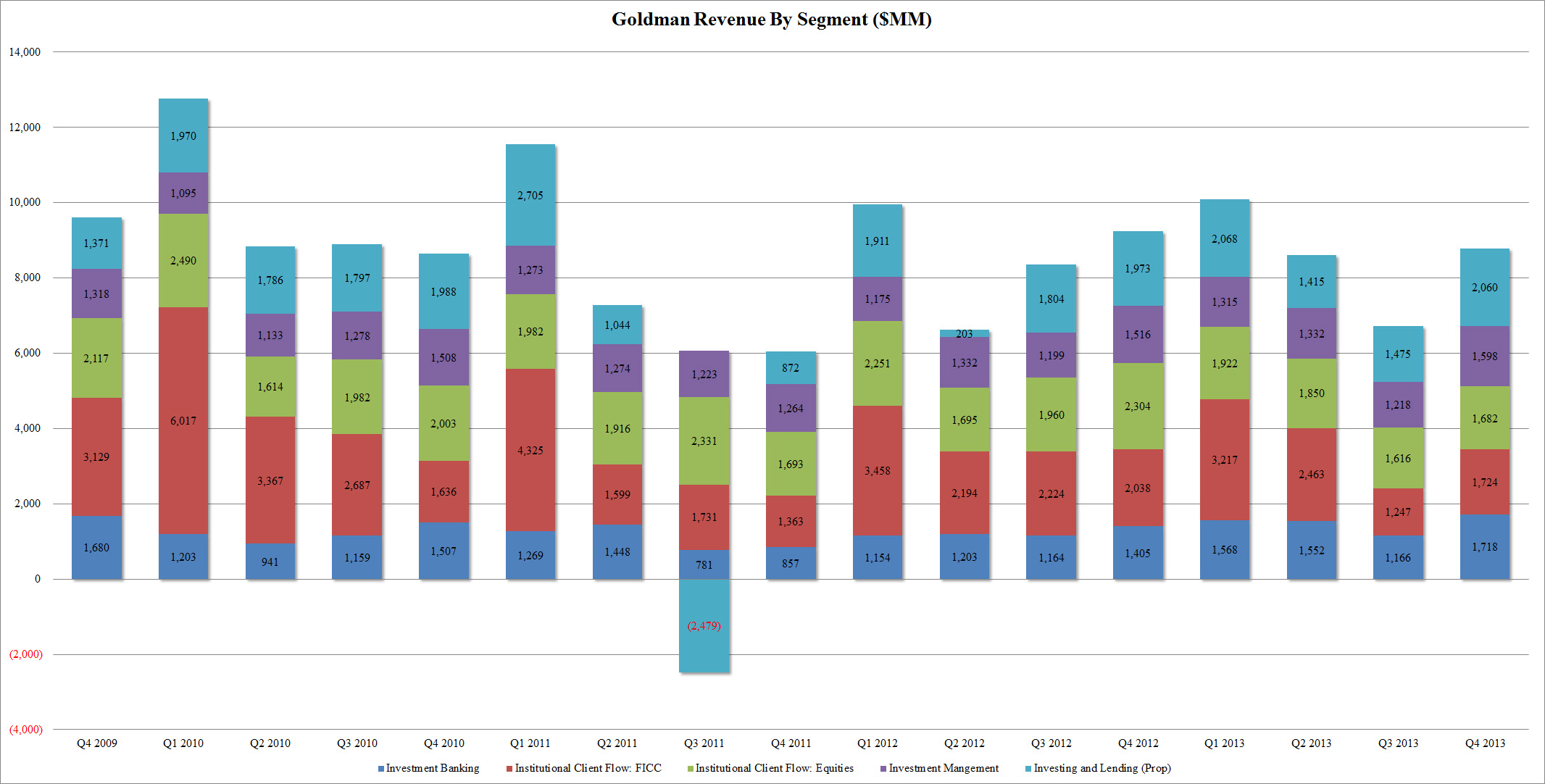 Finally, even though Q4 comp benefits of $2.2 billion did decline from Q3, it was modestly higher than a year ago, which means that the average compensation per average Goldman banker rose modestly to $383,374. Remember, though: there is no such thing as an “average” Goldman banker.