So about that whole drone debate in the USA…

It seems the feds decided to simply skip over such a quaint notion and deploy them without telling anyone. Back in December of last year, I highlighted a press release from the Electronic Frontier Foundation (EFF) about current drone flights in the U.S. They disclosed that:

Today EFF posted several thousand pages of new drone license records and a new map that tracks the location of drone flights across the United States. 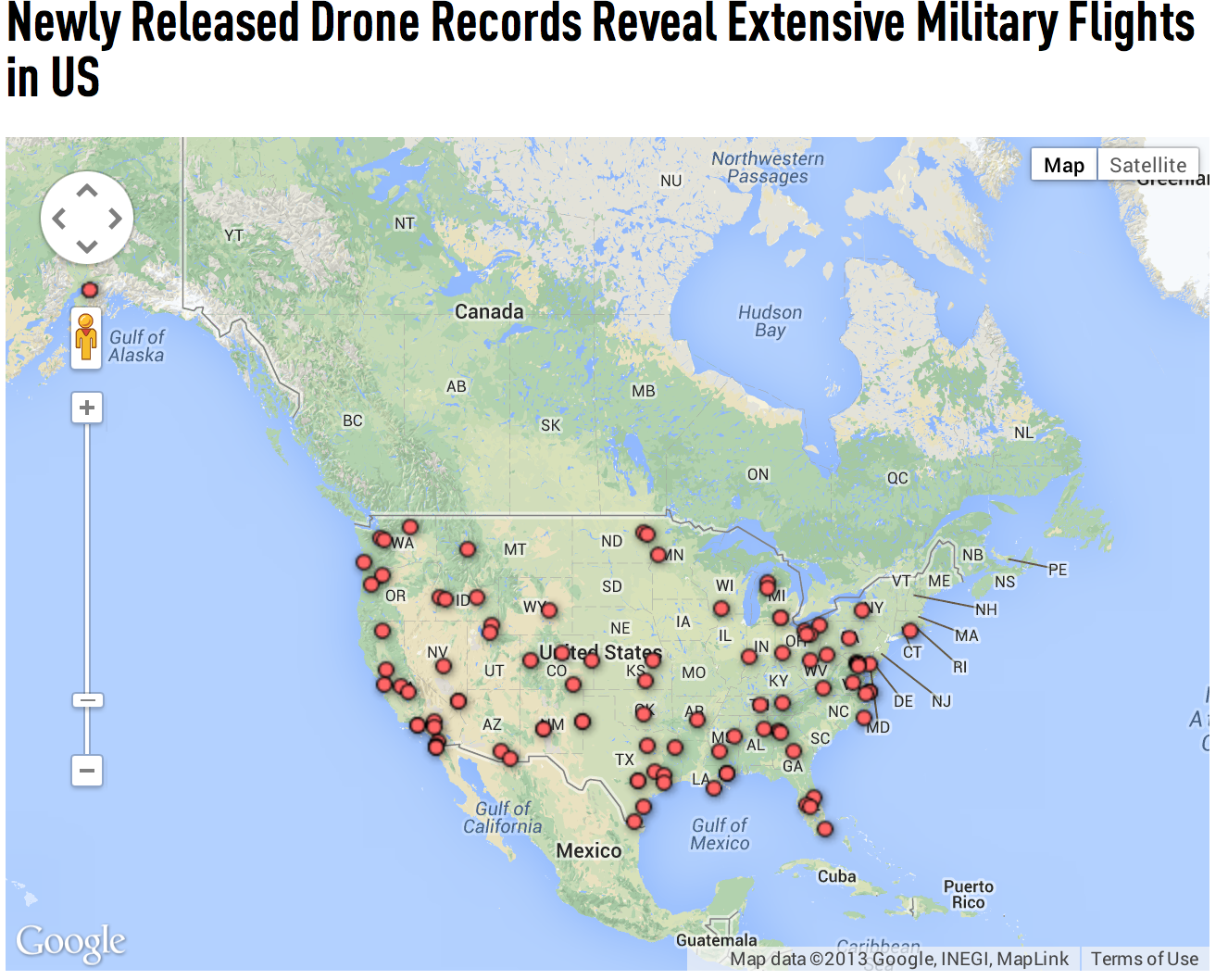 That story was big news to me at the time, and it was particularly disturbing in light of the fact that Congress has cleared the way for the Federal Aviation Administration to allow 30,000 drones in the nation’s skies by 2020. Well it appears that the whole drone debate was over before it even began, with the FBI having used drones domestically for at least seven years.

From the LA Times:

WASHINGTON – Operating with almost no public notice, the FBI has spent more than $3 million to operate a fleet of small drone aircraft in domestic investigations, according to a report released Thursday by a federal watchdog agency.

The FBI unmanned planes weigh less than 55 pounds each and are unarmed, the report said. The FBI declined requests to discuss its drone operations Thursday.

But the auditors determined that the FBI had not addressed the danger of violating privacy rights, and recommended that the deputy attorney general’s office consider writing new guidelines to curb improper surveillance by law enforcement drones.

Officials from the FBI and the Bureau of Alcohol, Tobacco, Firearms and Explosives told auditors that there was “no need” to write new privacy guidelines, the report said.

In addition to buying drones for internal use, the Justice Department has awarded at least $1.2 million to local police departments to purchase small drones, but failed to track how the money was spent, the audit found.

Hey, why not? Police in Dallas just took delivery of a tank for some reason.

The FBI used the videos of footpaths and outbuildings on the rural property to plan the raid that captured Harpham on March 9, 2011.

Oh, the irony. So now the FBI is somehow the protector of Martin Luther King’s legacy when they wiretapped him and spied on him while he was alive? Got it. The United States of Hypocrisy.