Over the weekend we posted an in-depth narrative of what may happen in a theoretical worst case scenario in Fukushima, one in which the government continues to do nothing and pretends all is well, and where the end casualties are millions of innocent Japanese (and other) citizens, whose only crime is believing their government. Sadly, with every passing day the theoretical is becoming all too real, and moments ago reality struck again, when the Nikkei newspaper reported that readings of tritium in seawater taken from the bay near the crippled Fukushima nuclear plant has shown 4700 becquerels per liter. 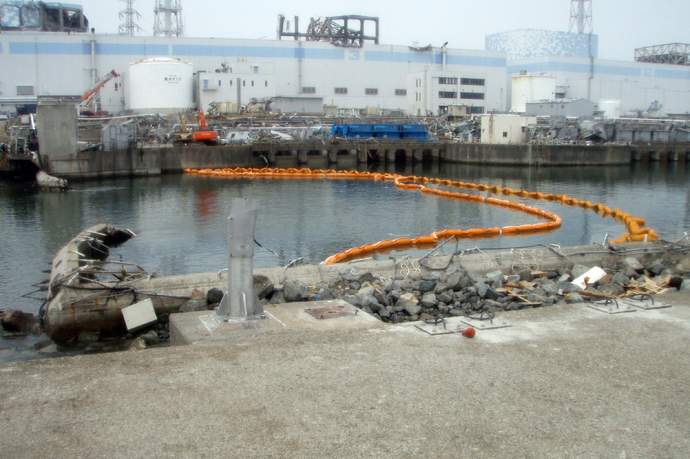 This was the highest tritium level in the measurement history. 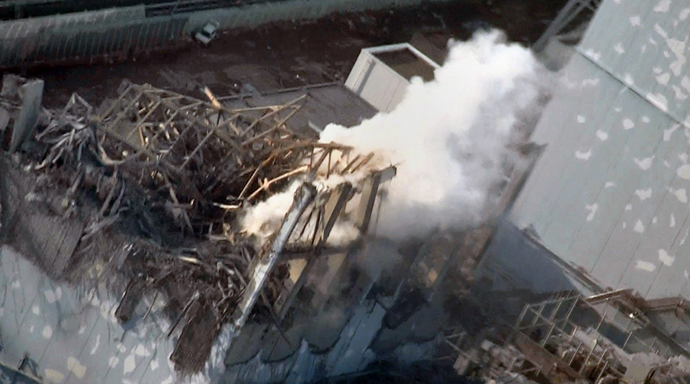 Tokyo Electric Power Company (TEPCO) has detected the highest radiation level in seawater collected in the harbor of the crippled nuclear plant in the past 15 days, Nikkei reports.

Also on Monday, a leak of highly contaminated water was discovered from a drain valve of a tank dike located on the premises of the nuclear plant, according to Fukushima’s operator responsible for the clean-up.

We don’t know if simply raising the “safety threshold” again will do it this time, but we do know that trillions of becquerels flowing into the Pacific is a lot to quite a lot:

Earlier, Tepco admitted that an estimated 20 to 40 trillion becquerels of tritium may have flowed into the Pacific Ocean since the nuclear disaster.

Tritium, which slowly but surely is making its way to the United States. But one can’t blame TEPCO of doing nothing. Oh wait. One can.

Protective barriers installed to prevent the flow of toxic water into the ocean have failed to do so. The level of contaminated water has already risen to 60cm above the barriers, which has been a major cause of the daily leak of toxic substances, TEPCO admitted.

Japan’s Ministry of Industry recently estimated that around  300 tons of contaminated groundwater has been seeping into the Pacific Ocean on a daily basis. TEPCO has promised to reinforce protective shields to keep radioactive leaks at bay.

And if that fails, TEPCO will simply “freeze” the exploded nuclear reactor in an inverted igloo in its latest idiotic MacGuyverian contraption, one which unlike Hollywood, does not have a happy ending when everything goes up, quite literally, in radioactive smoke again.