And the bid hits just keep on coming.While previously we reported the foreigners as an aggregate class sold the most gross US securities ever in the month of June, we also learned that in June the biggest selling came from America’s two largest creditors: China and Japan (excluding the Fed of course, whose P&L losses are now approaching $300 billion in the past 3 months, or would if the Fed marked to anything but unicorns).

In June, the two countries combined sold $42 billion, with each selling over $20 billion: the most in years. 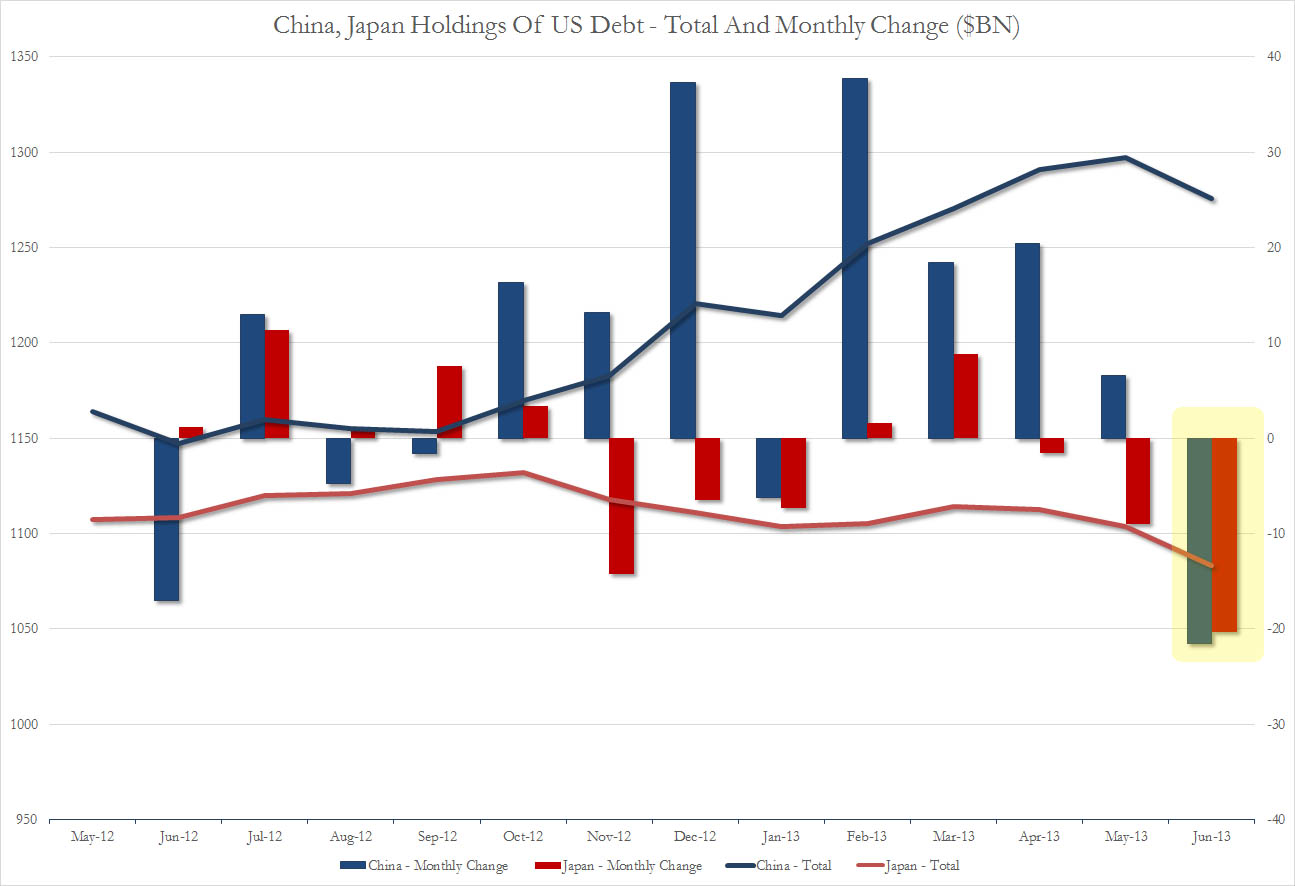 What is interesting is looking at the composition of the selloff: the bulk of was in the form of short-term Bills, as both countries were actually buyers of coupon securities. Net of coupon purchases Bill sales were even worse, or over $50 billion for the two countries alone.

Which also explains why Bernanke scrambled to make the distinction between tapering and tightening: supposedly without this distinction the pressure on the 3-6 month bucket would have been so large that not even Bernanke’s “forward guidance” would be able to offset rising short-term rates, which as everyone knows, would mean game over at a time when the economy is still at stall speed and when the disconnect between real future inflation and Fed-central planning implied growth rates are the biggest ever.

Regardless of the factor, the reality is that America’s creditors are saying goodbye just at a time when Bernanke is preparing to taper. The bottom line: Grand total foreign TSY holdings dropped to just over $5.600 trillion, down $57 billion in one month, and the lowest total in 2013. 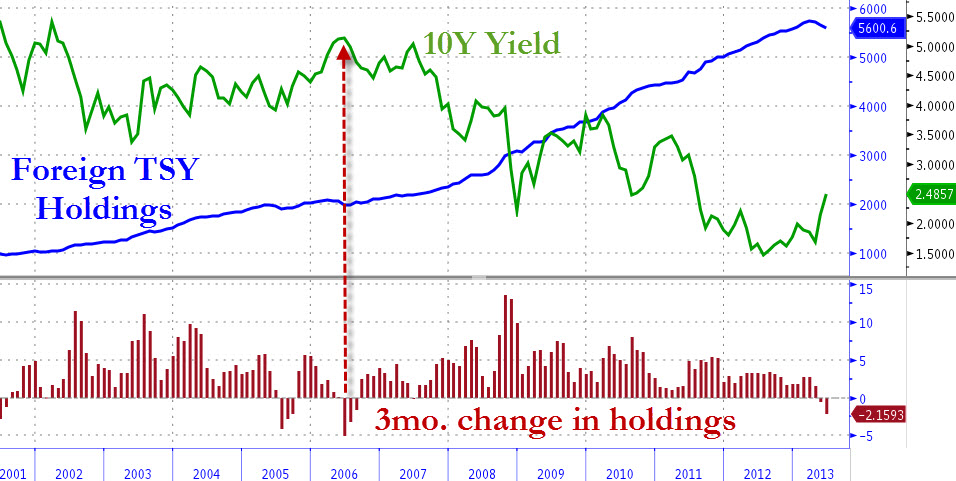 If that is what the Chairman wanted, he got it.

1 thought on “China, Japan Sell Most US Debt In Years; Foreign Treasury Holdings At 2013 Lows”