Yesterday, it was HSBC. Today, the lucky respondent to JPM’s polite gold ‘procurement‘ request, is the second “fullest” New York commercial gold vault: Scotia Mocatta. As ZH reported previously, following the announcement of an imminent withdrawal of 63.5k ounces of its gold (16% of the total), JPM’s vault operations team promptly called around and to its disappointment was only able to procure a tiny 6.4k ounces: not nearly enough to preserve the impression that it is well-stocked. We then said, “None of which changes the fact that in a few days, the inventory in JPM’s gold vault will drop to another record low of only 380K ounces and the JPM “rescue” pleas from HSBC and other Comex members will become ever louder and more desperate until one day they may just go straight to voicemail.”

Today, as we predicted, the calls into HSBC indeed appear to have gone straight to voicemail (perhaps HSBC did not have any more unencumbered gold to share, perhaps it just didn’t want to) which left JPM with just one option: go down the list.

Sure enough, as the just released Comex update shows, JPM was forced to receive a “completely unsolicited” handout of some 20.2K ounces from Scotia Mocatta, the vault best known for being situated under 4 WTC during September 11 (and whose current physical vault can be found conveniently within spitting distance of JFK airport).

However, what is notable today unlike yesterday, is that JPM’s pleas seem to be getting more shrill: while yesterday HSBC released eligible inventory, today Scotia was forced to hand over registered gold straight into JPM’s eligible pile: this is perhaps the first time we have seen this happen laterally between two vaults, without an intermediate warrant detachment step. Furthermore, with HSBC moving 43.4K oz from Registered to Eligible, we would expect either another major Comex withdrawal in the next few days from HSBC, or this is merely HSBC making room for further gold “requests” by JPM.

Either way, assuming that first the HSBC transfer, and now the Scotia Mocatta gold delivery, aren’t entirely unsolicited, how long until someone inquires just why it is that the biggest bank by assets is forced to run around town and beg for whatever gold it can get its hands on? 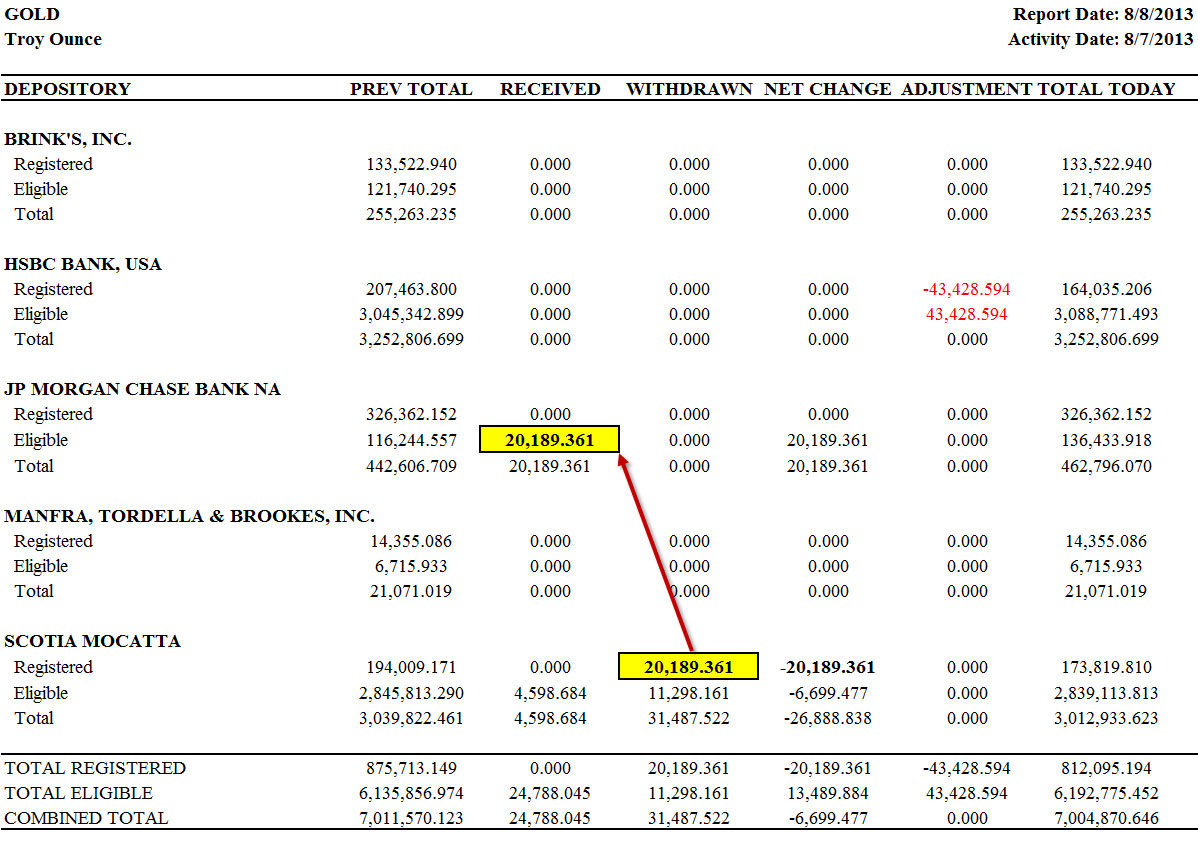 And for those who missed it, here is yesterday’s lateral gold move from HSBC to JPM: 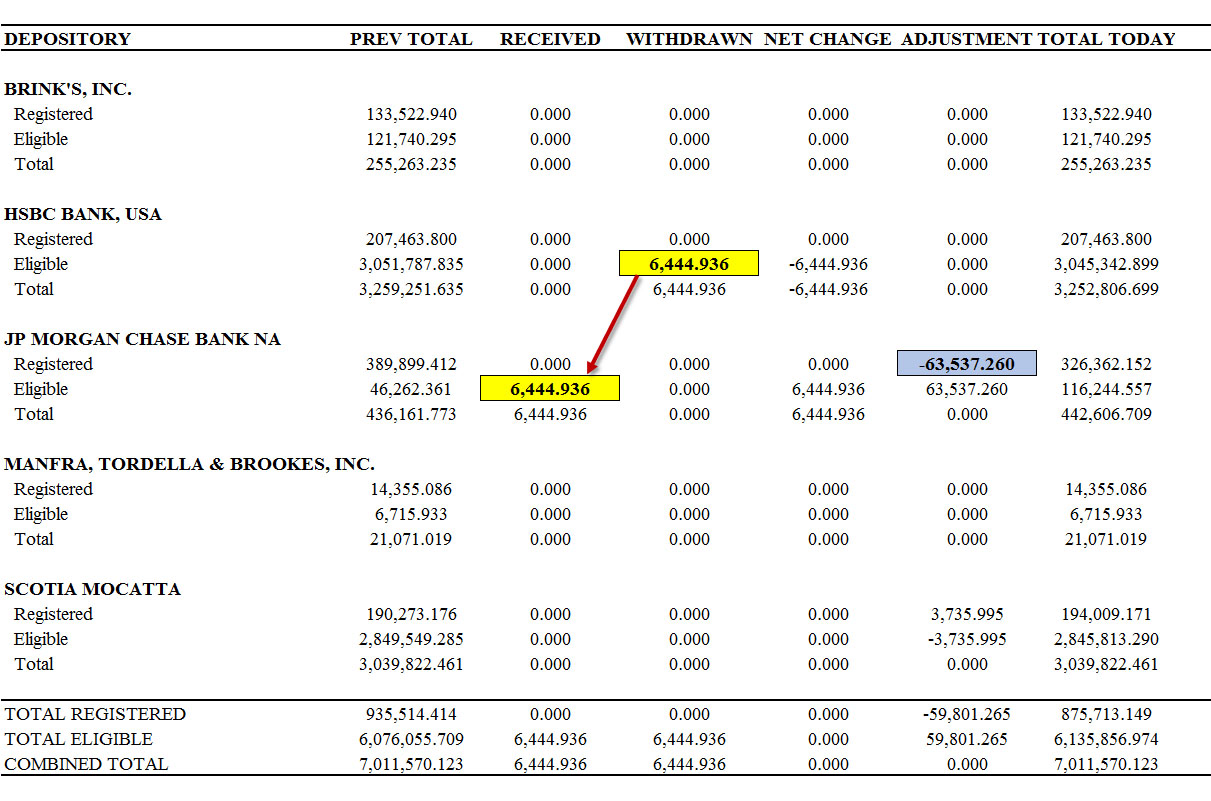