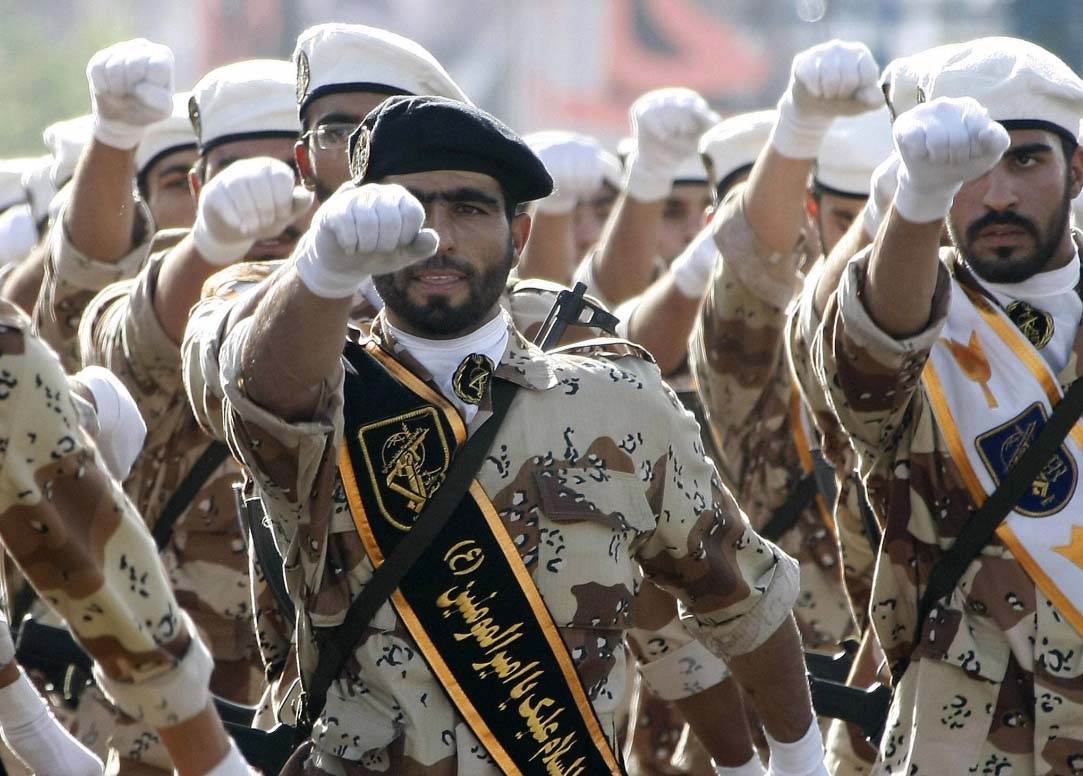 While the world awaits Russia’s formal response to last week’s US escalation in Syria (as Putin demonstratively arrived an hour late for talks on Syria with UK PM David Cameron) another country: Iran – fresh from an election in which moderate candidate Hassan Rohani became the new president – is taking matters into its own hands. The Independent Reports that “a military decision has been taken in Iran – even before last week’s presidential election – to send a first contingent of 4,000 Iranian Revolutionary Guards to Syria to support President Bashar al-Assad’s forces against the largely Sunni rebellion that has cost almost 100,000 lives in just over two years. Iran is now fully committed to preserving Assad’s regime, according to pro-Iranian sources which have been deeply involved in the Islamic Republic’s security, even to the extent of proposing to open up a new ‘Syrian’ front on the Golan Heights against Israel.”If it was the west’s desire all along to drag Iran into the Syrian escalation, and thus shoot two birds with one cluster bomb, Iran may have just happily obliged.

So while we now await for Israel in turn to ratchet up the war rhetoric one more time, perhaps while punctuating its sentences with the occasional bomb over Syrian soil, here is the Independent with a comprehensive analysis on how America, courtesy of its now formalized support of the Syrian mercenaries rebels, suddenly finds itself in uncharted territory: “For the first time, all of America’s ‘friends’ in the region are Sunni Muslims and all of its enemies are Shiites. Breaking all President Barack Obama’s rules of disengagement, the US is now fully engaged on the side of armed groups which include the most extreme Sunni Islamist movements in the Middle East.”

In years to come, historians will ask how America – after its defeat in Iraq and its humiliating withdrawal from Afghanistan scheduled for  2014 – could have so blithely aligned itself with one side in a titanic Islamic struggle stretching back to the seventh century death of the Prophet Mohamed. The profound effects of this great schism, between Sunnis who believe that the father of Mohamed’s wife was the new caliph of the Muslim world and Shias who regard his son in law Ali as his rightful successor – a seventh century battle swamped in blood around the present-day Iraqi cities of Najaf and Kerbala – continue across the region to this day. A 17th century Archbishop of Canterbury, George Abbott, compared this Muslim conflict to that between “Papists and Protestants”.

America’s alliance now includes the wealthiest states of the Arab Gulf, the vast Sunni territories between Egypt and Morocco, as well as Turkey and the fragile British-created monarchy in Jordan. King Abdullah of Jordan – flooded, like so many neighbouring nations, by hundreds of thousands of Syrian refugees – may also now find himself at the fulcrum of the Syrian battle.  Up to 3,000 American ‘advisers’ are now believed to be in Jordan, and the creation of a southern Syria ‘no-fly zone’ – opposed by Syrian-controlled anti-aircraft batteries – will turn a crisis into a ‘hot’ war.  So much for America’s ‘friends’.

Its enemies include the Lebanese Hizballah, the Alawite Shiite regime in Damascus and, of course, Iran. And Iraq, a largely Shiite nation which America ‘liberated’ from Saddam Hussein’s Sunni minority in the hope of balancing the Shiite power of Iran, has – against all US predictions – itself now largely fallen under Tehran’s influence and power.  Iraqi Shiites as well as Hizballah members, have both fought alongside Assad’s forces.

Washington’s excuse for its new Middle East adventure – that it must arm Assad’s enemies because the Damascus regime has used sarin gas against them – convinces no-one in the Middle East.  Final proof of the use of gas by either side in Syria remains almost as nebulous as President George W. Bush’s claim that Saddam’s Iraq possessed weapons of mass destruction.

For the real reason why America has thrown its military power behind Syria’s Sunni rebels is because those same rebels are now losing their war against Assad.  The Damascus regime’s victory this month in the central Syrian town of  Qusayr, at the cost of Hizballah lives as well as those of government forces, has thrown the Syrian revolution into turmoil, threatening to humiliate American and EU demands for Assad to abandon power.  Arab dictators are supposed to be deposed – unless they are the friendly kings or emirs of the Gulf – not to be sustained.  Yet Russia has given its total support to Assad, three times vetoing UN Security Council resolutions that might have allowed the West to intervene directly in the civil war.

In the Middle East, there is cynical disbelief at the American contention that it can distribute arms – almost certainly including anti-aircraft missiles – only to secular Sunni rebel forces in Syria represented by the so-called Free Syria Army.  The more powerful al-Nusrah Front, allied to al-Qaeda, dominates the battlefield on the rebel side and has been blamed for atrocities including the execution of Syrian government prisoners of war and the murder of a 14-year old boy for blasphemy.  They will be able to take new American weapons from their Free Syria Army comrades with little effort.

From now on, therefore, every suicide bombing in Damascus – every war crime committed by the rebels – will be regarded in the region as Washington’s responsibility. The very Sunni-Wahabi Islamists who killed thousands of Americans on 11th September, 2011 – who are America’s greatest enemies as well as Russia’s – are going to be proxy allies of the Obama administration. This terrible irony can only be exacerbated by Russian President Vladimir Putin’s adament refusal to tolerate any form of Sunni extremism.