The companies said they do, however, comply with individual court orders, including under FISA. The negotiations, and the technical systems for sharing data with the government, fit in that category because they involve access to data under individual FISA requests. And in some cases, the data is transmitted to the government electronically, using a company’s servers.

“The U.S. government does not have direct access or a ‘back door’ to the information stored in our data centers,” Google’s chief executive, Larry Page, and its chief legal officer, David Drummond, said in a statement on Friday. “We provide user data to governments only in accordance with the law.” Statements from Microsoft, Yahoo, Facebook, Apple, AOL and Paltalk made the same distinction.

But instead of adding a back door to their servers, the companies were essentially asked to erect a locked mailbox and give the government the key, people briefed on the negotiations said. Facebook, for instance, built such a system for requesting and sharing the information, they said.

The data shared in these ways, the people said, is shared after company lawyers have reviewed the FISA request according to company practice. It is not sent automatically or in bulk, and the government does not have full access to company servers. Instead, they said, it is a more secure and efficient way to hand over the data.

Tech companies might have also denied knowledge of the full scope of cooperation with national security officials because employees whose job it is to comply with FISA requests are not allowed to discuss the details even with others at the company, and in some cases have national security clearance, according to both a former senior government official and a lawyer representing a technology company.

And there you have it: backdoors, locked (and not so locked mailboxes), and internal corporate firewalls in which some employees know everything that is going on and are used as a Chinese Wall scapegoat by everyone else who was shocked there is snooping going on here, SHOCKED.

Oh, and if that was not enough, here it is straight from the horse’s mouth. Via the Guardian: 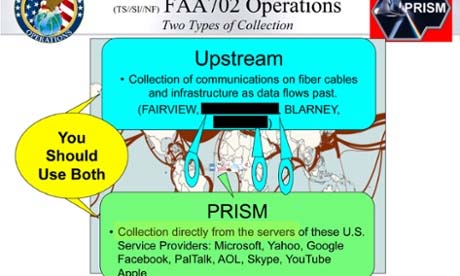 Essentially, the slide suggests that the NSA also collects some information under FAA702 from cable intercepts, but that process is distinct from Prism.

Analysts are encouraged to use both techniques of data gathering.

“You Should Use Both.” You know: just in case only one is insufficient to make a mocker of all personal rights and civil liberties. 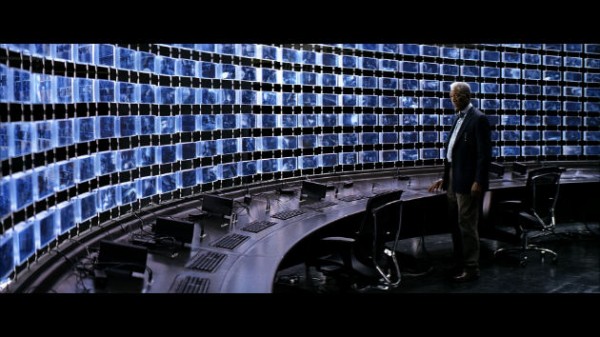