We are confident that in the aftermath of our article from last night “Just What Is Going On With The Gold In JPMorgan’s Vault?” in which we showed the absolute devastation of “eligible” (aka commercial) gold warehoused in JPM’s vault just over the Manhattan bedrock at 1 Chase Manhattan Place (and also in the entire Comex vault network in the past month), we were not the only ones checking every five minutes for the Comex gold depository update for April 25. Moments ago we finally got it, and it’s a doozy. Because in just the past 24 hours, from April 24 to April 25, according to the Comex, JPM’s eligible gold plunged from 402.4K ounces to just 141.6K ounces, a drop of 65% in 24 hours,and  the lowest amount of eligible gold held at the vault on record, since its reopening in October 2010!

Everyone has seen what a run on the bank looks like. Below is perhaps the best chart of what a “run on the vault” is. 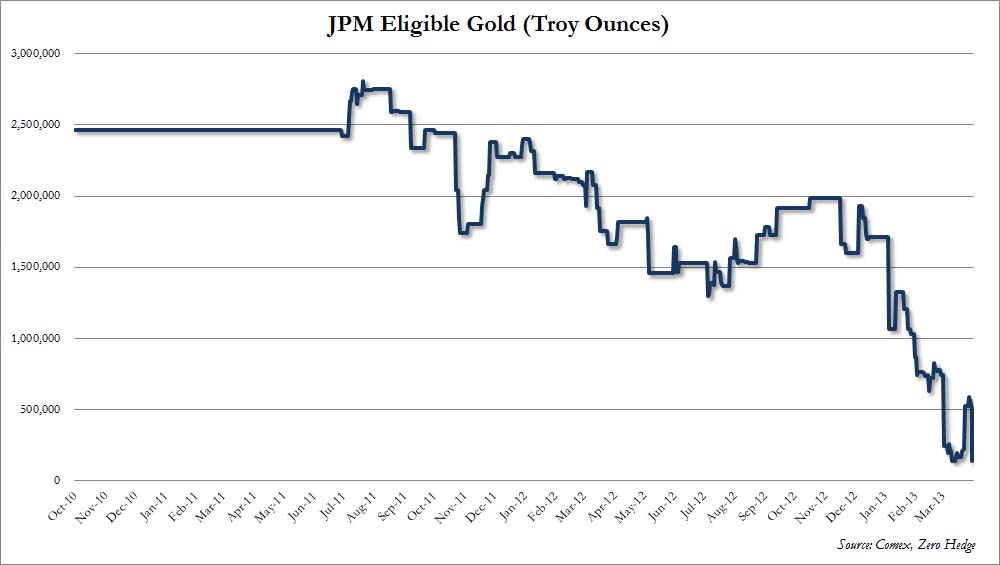 The absolute collapse in JPM’s eligible gold inventory, means total Comex eligible gold has fallen to just 5.8 million ounces, half of what it was in early 2011, and back to levels last seen in March 2009. 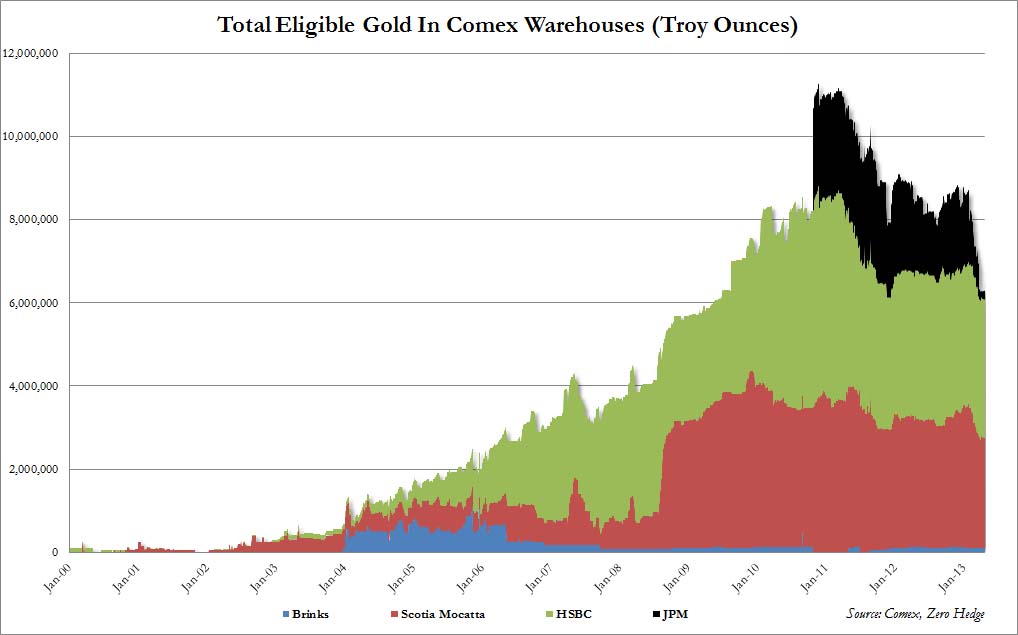 So, once again, just like last night, we ask the same questions which are even more critical today than they were 24 hours ago:

Incidentally, JPM now has just under a paltry 5 tons of eligible gold left in storage. We hope this is also the maximum exposure it faces for imminent delivery requests, because if tomorrow it receives withdrawal requests for 141,581.5 ounces +1, then things get really interesting.

1 thought on “‘Run On The Vault’: JPMorgan’s Eligible Gold Plummets 65% In 24 Hours To All Time Low”