Curious why every bank and their grandmother, and most recently Goldman today, has been lining up to push the price of gold as low as possible? Here’s why:

Or about 10 tons of gold. But… the bailout was prefunded and there was no need to provide any additional cash? What happened: was the deposit outflow discovered to have been even greater than the worst case scenario and thus Cyprus needed even more cash? As for the buyers? We will venture a guess: central banks buying at the lows.

Finally: congratulations Cypriots. You are now handing over your gold for the one time, unbeatable opportunity to remain a vassal state to the Eurozone. But at least you have your €.

The good news: Cyprus will have at least another 4 or so tons after selling the 10 demanded now, before the Troika kindly requests that Cypriot citizens sell a kidney or two to pay for the ongoing deposit outflow from its insolvent banks, and indirectly, the endless bailout of the Euro. 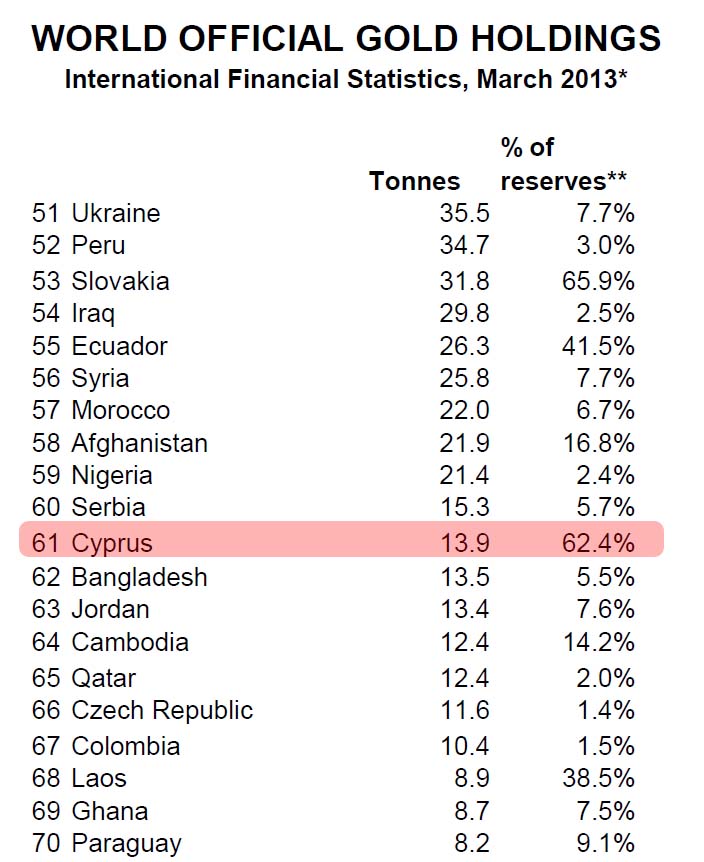