All puppies will now have to be microchipped to make it easier to trace the owners of dangerous dogs. 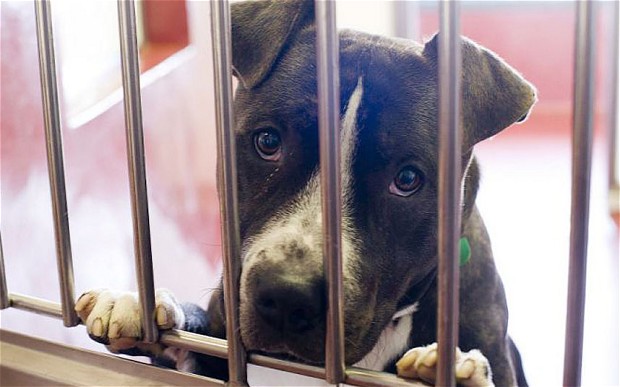 The number of patients treated in hospital for dog bites has more than doubled in a decade to more than 6,000 a year

Ministers will say that compulsory microchipping will ensure that all dogs can in future be traced back to their owners, who will then be held accountable for the animal’s behaviour.

There have been growing calls for the Government to take action amid concern from animal charities about dangerous dogs being used as weapons and status symbols.

Under the measures to be unveiled by Owen Paterson, the Environment Secretary, dog owners will also now face prosecution if an animal attacks anyone in their home.

Those plans will be welcomed by postmen, who have campaigned for a new law ensuring that dog owners are prosecuted even if their dog attacks someone on private property.

Current rules mean that legal action is only taken if a dog attacks a person on public land.

The number of patients treated in hospital for dog bites has more than doubled in a decade to more than 6,000 a year.

Groups including the RSPCA and the Dogs Trust have called for compulsory microchipping to create a clear link between dogs and their owners.

The electronic chips hold an electronic record of their owner’s name and addresses, as well as a unique identity number.

Implanting can cost as little as £5, however the Telegraph understands that the scheme could be subsidised to avoid pet owners being forced to pay for the chips.

Ministers believe the effect of the new rules will be near-universal coverage of British dogs within little more than a decade.

Recent surveys have suggested there are about 8.3 million dogs in Britain. More than half already have microchips.

Animal charities say there is a growing problem of people abandoning dogs.

Defra last year estimated there are about 125,000 strays in England and Wales.

About 6,000 healthy animals are destroyed each year because they have no permanent home.

Northern Ireland last year became the first part of the UK to introduce a law on microchipping.

Andrew Rosindell, the Conservative MP for Romford, welcomed the announcement and said that the moves will also prevent local authorities from having to spend “huge amounts of money” kennelling lost dogs.

“This is an extremely positive way forward,” he said. “It is the welfare of the animal that we should be putting first.”

Ministers last year announced that owners of dangerous dogs which attack people in public will face stiffer penalties, including up to 18 months in prison.

– Student Suspended For Refusing To Wear A School-Issued RFID Tracker

– Texas: Students Will Be Tracked Via RFID Chips In IDs

1 thought on “UK Government: All Dogs Will Now Be Microchipped”