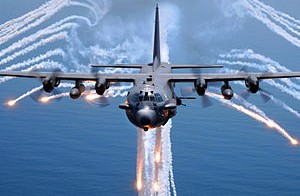 AC 130 Gunships, Typically in Aviano, 1700 miles away if at all, providing radio hadn’t been jammed

A trained team of up to 120 special forces personnel with radio jammers and heavy weapons killed the US ambassador.  There were only two America CIA employees in Libya.  The news stories are all fabrications.

The killing of Ambassador Stephens in Benghazi has become a ghoulish election ploy played by Fox News, Huffington Post and others.  All are printing and broadcasting conjecture, total falsehood and the usual biased and unreliable garbage they are famous for. 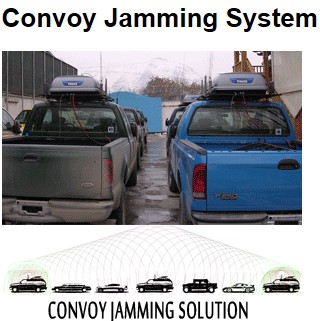 Neither publication/network has qualified intelligence and/or military advisors.  To be former military and work for Fox is considered prostitution.

The ambush at Benghazi required careful coordination.  There was no Al Qaeda involvement and there has never been any history of Al Qaeda on the ground in Libya.  Moreover, intelligence insiders use the term “Al Qaeda” when looking for money from “congressional critters” too stupid to know that the CIA has always run “Al Qaeda” as a way of avoiding explaining why dozens of small organizations and even friendly intelligence groups will, for obscure reasons, attack American targets.

Fox reported that a large convoy of Libyan milita relieved the compound at 3AM but that there had been no aid until 4 AM:

They were killed by a mortar shell at 4 a.m. Libyan time, nearly seven hours  after the attack on the consulate began — a window that represented more than  enough time for the U.S. military to send back-up from nearby bases in Europe,  according to sources familiar with Special Operations. Four mortars were fired  at the annex. The first one struck outside the annex. Three more hit the  annex.

A motorcade of dozens of Libyan vehicles, some mounted with 50 caliber  machine guns, belonging to the February 17th Brigades, a Libyan militia which is  friendly to the U.S., finally showed up at the CIA annex at approximately 3 a.m.

Generously one can call this kind of reporting inconsitencies.  Either they are there or they aren’t, either it is 3am or 4am but not both.

Nothing is simple enough for congress and the American people, this is the belief.  When in doubt…lie.

The attack in Benghazi was coordinated with the broadcast of the Terry Jones/CATO Institute/Tea Party telethon worldwide.  Rioting broke out in Tripoli but not Benghazi.

The team used was one of the best in the world, equal to any normal task, and by normal, we mean “high risk.”  This is standard State Department policy and those used were not only top quality operators but went through months of specialized training at Blackwater’s facilities here in the US.

The second problem was tied to the Ambassador being, not in the Capitol, Tripoli, but in Benghazi to open a museum.  I am deeply suspicious of this and as the CATO Institute and State Department are “co-mingled,” it would have been easy for information on the movements of the ambassador and his team to have been telegraphed to the enemy forces who had been positioned in Benghazi.

The forces themselves were spotted at the Tripoli airport several days in advance.  Some may have entered from Egypt and some from Tunisia but 50 had come in from the UAE and were identified as Special Forces, UAE Special Forces, who had completed an extensive training program by retired US Special Forces and through the specialized American school for “irregular warfare,” located 45 miles outside Budapest, Hungary.

The attack itself involved pre-positioning two levels of blockade, one tying up any possible relief in Benghazi a kilometer away and another setting up a perimeter about 200 yards around the compound.  Streets were blocked and heavy weapons, RPGs, truck mounted anti-aircraft guns and large mortars were used.

Mortar fire was so accurate that the compound had to have been pretargeted in advance.  The first round hit the roof of the main building in the compound of 7 homes, all with minimal security.

The primary reason for no additional forces to have been available was the controversy during the civil war.  Anti-war activists and “anti-imperialists in the pay of the Gaddafi family along with David Welch of Bechtel Corporation and Israeli mercenaries and advisors, along with troops from across Africa, specialists from Serbia and Belarus and other nations, created something more than a “fog of war” but rather a “fog of truth.”

Paid “shills” working for Gaddafi continually warned of Americans coming into the country armed as an occupation force.  Thus, when the war ended, no armed Americans were brought in, only one small team and two CIA agents.

There were 3 additional armed local militia members providing security for the CIA who could have reached Stephens except for the blocked communications, the blocked roads and being outnumbered 30 to one.

The US does maintain 2 C130 gunships in the region.  These are slow moving transport aircraft stationed at times in Northern Sardinia but more often further away at Aviano in Italy, North of Venice.

These are Air Force planes, not Navy.

The gunships are extremely effective weapons and would have been of help had they been available, had they been called though all radio and telephone traffic was jammed as with the 1967 attack on the USS Liberty and had the personnel in need of support been stationary and secure with strobe markers to secure them from the 20mm, 40mm and 105mm weapons on the AC130.

Instead, we have been informed, a two pronged and highly coordinated attack drove the US group to a safe house, into vehicles and corralled them in a pre-positioned ambush where their vehicle was attacked by a “quad 50″ anti-aircraft gun mounted on the back of a truck.

Such a weapon could destroy a Bradley Armoured Personnel Carrier or shoot down an Apache attack helicopter.

What is clear is that help was not available, that America moved into Libya with a minimal presence so as to seem unaggressive, to please critics of President Obama’s foreign policy among Republicans in Congress.