Mindless Masses is an article about the commentaries of Paul Craig Roberts. Occasionally, intelligent, well-founded but unpopular views can be found on the internet. Those who have missed Paul Craig Roberts should enjoy the benefit of an awakening, rising above the mindless masses through his wisdom.

“Living in America is becoming very difficult for anyone with a moral conscience, a sense of justice, or a lick of intelligence.“
– Paul Craig Roberts

“The new tyranny is arising in the West, not in Russia and China. The danger to humanity is in the nuclear button briefcase in the Oval Office and in the brainwashed and militant American (sic) population, the most totally disinformed and ignorant people on earth.”

It’s well-worth following what Roberts has to say. He’s one of the most informed thinkers and writers in America. 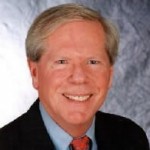 Paul Craig Roberts, Assistant Secretary of the U.S. Treasury in the Reagan Admin. and confirmed by the US Senate

Roberts was Assistant Secretary of the Treasury during President Reagan’s first term. He authored eight books and was Associate Editor of the Wall Street Journal. His numerous academic appointments testify to his scholarship.

His experience and breadth of research provide the broad perspectives found in his articles. Roberts is a no-holds-barred writer.

He’s not a partisan writer. “If I had time to research my writings over the past 30 years, I could find examples of partisan articles in behalf of Republicans and against Democrats. However, political partisanship is not the corpus of my writings.”

Roberts has been a severe critic of the media, though he has contributed to the mainstream media like the Wall Street Journal.

He says, “Anyone who depends on print, TV, or right-wing talk radio media is totally misinformed. The Bush administration has achieved a de facto Ministry of Propaganda.”

Commenting on “Americans who rely on the totally corrupt corporate media have no idea what is happening anywhere on earth, much less at home.”

Focusing on Israel, Roberts ridicules the myth that Israel is the only democracy in the Middle East.

“In truth, Israel is a fascist state, one that has been in violation of international law and Christian morality during the entirety of its existence. Yet, in America Israel is a hallowed icon,” he observes.

“Like Bush, Cheney, and Obama, millions of American ‘Christians’ worship Israel and believe it is ‘God’s calling’ for Americans to die for Israel,” Roberts adds.

“Washington cannot exist without conflict. Now that the ‘Muslim threat’ is wearing thin, Washington is stirring up a conflict with China,” argues Roberts.

“China will be presented by Washington and its prostitute media, especially the New York Times, Washington Post, and Murdoch’s collection of whores, as the rising threat to America,” Roberts predicts.

“The US government relies on secret evidence in its cases against alleged terrorists, claiming that national security would be threatened if the evidence were revealed. This is abject nonsense,” concludes Roberts.

“To the contrary, not presenting evidence jeopardizes the security of each and every one of us. Once the government can convict defendants on the basis of secret evidence, even the concept of a fair trial will disappear.” 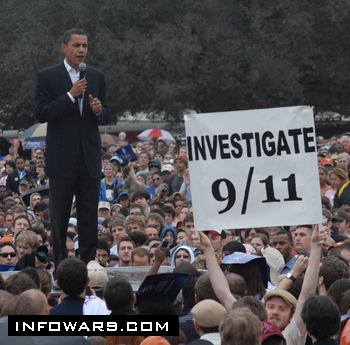 Roberts challenges mainstream dogma about 9/11: “Having bought the government’s 9/11 conspiracy theory, Americans just want someone to pay. They don’t care who as long as someone pays.”

“No more humiliating affront has ever been suffered by a major power than the US suffered on 9/11,” Roberts recalls.

“Yet, absolutely no one, not even some lowly traffic controller, was scapegoated and held accountable for what is considered to be the most extraordinarily successful terrorist attack in human history, an attack so successful that it implies total negligence…”

Occasionally intelligent, well-founded but unpopular views can be found on the internet. Those who have missed Paul Craig Roberts should enjoy the benefit of an awakening, rising above the mindless masses through his wisdom.