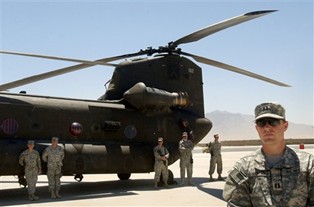 A Senate Armed Services Committee investigation found over a million suspect parts in the Pentagon’s supply chain, mostly from China. Committee leaders say the counterfeit parts are a danger to U.S. troops and cost taxpayers.

Committee Chairman Carl Levin (D-MI) and ranking Republican John McCain (R-AZ) gave several examples where the Defense Department had to replace faulty electronics at taxpayer expense. One was counterfeit transistors in a helicopter night vision system. In another instance a cockpit video display on an Air Force C-27J transport plane had bogus memory chips that could cause it to display the wrong information.

Testifying at a hearing today on the matter was the head of the Missile Defense Agency, as well as officials from defense contracting companies Raytheon, L-3 Communications, and Boeing. Additional testimonies included a government investigator and representatives of companies that distribute the potentially faulty components.