– 97 Percent Of All US Mortgages Are Backed By The Government

– US Taxpayers on Hook for $5 Trillion of Fannie, Freddie Debt … No Matter What Barney Frank Says 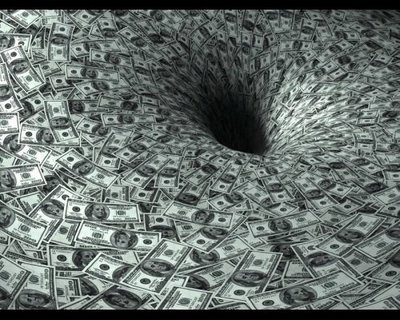 WASHINGTON (AP) — Mortgage giant Fannie Mae is asking the federal government for $7.8 billion in aid to cover its losses in the July-September quarter.

The government-controlled company said Tuesday that it lost $7.6 billion in the third quarter. Low mortgage rates reduced profits and declining home prices caused more defaults on loans it had guaranteed.

The government rescued Fannie Mae and sibling company Freddie Mac in September 2008 to cover their losses on soured mortgage loans. Since then, a federal regulator has controlled their financial decisions.

Taxpayers have spent about $169 billion to rescue Fannie and Freddie, the most expensive bailout of the 2008 financial crisis. The government estimates that figure could reach up $220 billion to support the companies through 2014 after subtracting dividend payments.

Fannie has received $112.6 billion so far from the Treasury Department, the most expensive bailout of a single company.

Michael Williams, Fannie’s president and CEO, said Fannie’s losses are increasing for two reasons: Some homeowners are paying less interest after refinancing at historically low mortgage rates; others are defaulting on their mortgages.

“Despite these challenges, we are making solid progress,” he said. For example, Fannie’s rate of homeowners who are late on their monthly mortgage payments by 90 days or more has decreased each quarter since the beginning of 2010, he said.

When property values drop, homeowners default, either because they are unable to afford the payments or because they owe more than the property is worth. Because of the guarantees, Fannie and Freddie must pay for the losses.

Fannie said lower mortgage rates contributed to $4.5 billion in quarterly losses. While those losses are large, they are temporary and should ease in future earnings reports, said Mahesh Swaminathan, mortgage strategist at Credit Suisse.

“They are accounting losses on their books rather than economic losses,” he said.

Fannie’s July-September loss attributable to common shareholders works out to $1.32 per share. It takes into account $2.5 billion in dividend payments to the government. That compares with a loss of $3.5 billion, or 61 cents per share, in the third quarter of 2010.

Last week, Freddie requested $6 billion in extra aid — the largest request since April 2010 — after it reported losing $6 billion in the third quarter.

Washington-based Fannie and McLean, Va.-based Freddie own or guarantee about half of all mortgages in the U.S., or nearly 31 million home loans. Along with other federal agencies, they backed nearly 90 percent of new mortgages over the past year.

Fannie and Freddie buy home loans from banks and other lenders, package them with bonds with a guarantee against default and sell them to investors around the world. The companies nearly folded three years ago because of big losses on risky mortgages they purchased.

The Obama administration unveiled a plan earlier this year to slowly dissolve the two mortgage giants. The aim is to shrink the government’s role in the mortgage system, remaking decades of federal policy aimed at getting Americans to buy homes. It would also probably make home loans more expensive.

Exactly how far the government’s role in mortgage lending would be reduced was left to Congress to decide. But all three options the administration presented would create a housing finance system that relies far more on private money.