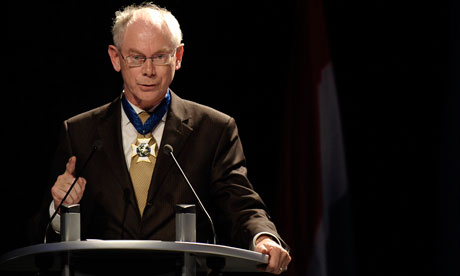 The French and German leaders called Tuesday for all countries using the euro to have mandatory balanced budgets and better co-ordination of economic policy.

Sarkozy said he and Merkel want a “true European economic government” that would consist of the heads of state and government of all eurozone nations.

The new body would meet twice a year and be led by EU President Herman Van Rompuy.