Remembering my manners and putting aside cheap journalism for humanity, the staff at Veterans Today offers its condolences and best to the families of the dead and the people of Norway.  Every life is precious.

“A police official said the suspect appears to have acted alone in both attacks, and that “it seems like this is not linked to any international terrorist organizations at all.” The official spoke on condition of anonymity because that information had not been officially released by Norway’s police.

“It seems it’s not Islamic-terror related,” the official said (Ed. shooter was an Israeli supporter). “This seems like a madman’s work.”

Norwegian news agency NTB said the suspect wrote a 1,500-page manifesto before the attack in which he attacked multiculturalism and Muslim immigration. The manifesto also described how to acquire explosives and contained pictures of Breivik, NTB said. Oslo police declined to comment on the report.

To those who profit from such things, the talking heads filling our TV screens with wild and self serving conjecture, Mr. Bolton, I am talking about you in particular, I wish you my absolute worst.  As it turns out, the killer’s political views and maniacal rhetoric are identical to yours.

There have been so many of “you” out there, running your fat little mouths that we and our relatively unlimited resources are going to be taking a long hard look.  We are now suspicious as hell.

The group targeted during  the shooting attacks was 600 members of the Norwegian Labor Party, which had called for a boycott of Israeli products and recognition of a Palestinian state, a group that had drawn considerable ire from Israel and its supporters, one of which was the shooter.

A second shooter was reported by some survivors.
Initial reports that our “terrorist,” now said to be a farmer with unlimited access to tons of fertilizer to be used to make explosives, has one minor glitch to it.  He is an organic farmer and would have had NO access to chemical fertilizer, certainly not tons of it sold to someone with well established ties to extremist organizations.  An “invisible hand” seems to be operating here.

The Norwegian Air Force operated/operates 20 helicopters nearby for search and rescue/hostage/counter-terrorism.  Even without the high level terror alert status Norway was on because of threats tied to NATO involvement in Libya, marine rescue response would have demanded helicopters be “hot on the pad.”   The police “excuse” that helicopters would take too long and driving out in hopes of finding a boat as a form of “counter-terrorism response” is not going to hold water.

The police uniform and credentials, the extremely poor response time, the shooters weapons skills, all point toward too many coincidences. 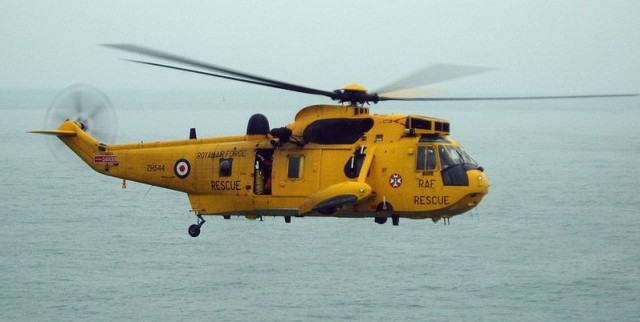 Norway has 20 of these nearby, some slated for emergency use, 5 minute response

Now that the “Muslim” terrorist story has done its damage, the second story is out, a “lone wolf,” right winger. This would make him fodder for an intelligence agency that would mold him into something to pull out of their bag of tricks when needed. Story two, the “right winger” has its own problems and its own smell.

The timing of this is all wrong, not just the timing but the scale.

The car bombing carries the signature of an intelligence agency.  Nobody else bothers with such things. We had recent experiences in Abuja and prior to that in Alexandria.  Both of these were executed to promote strife between Christians and Muslims.  The perpetrators of the Alexandria church bombing were Israeli.  As for Abuja, the story is more complicated, there are more players including one suspicious European intelligence agency.  We will withhold judgement.  That the largest bombing in Nigeria was directly under my hotel window was an odd coincidence.

This one, this “thing” in Norway, this is sick.  Our culprit bears a striking resemblance to Julian Assange of Wikileaks fame.  Despite the love affair the “left” seems to have for Assange, Behring and Assange are twins in more than one way, right wing politic.  As for the resemblance, everyone has to notice, I wonder when someone else will mention it.

Lets come at this thing from a couple of directions.

First of all, the most obvious explanation is that a single individual, driven hopelessly insane on Freemasonry and Zionism, as some papers are reporting, went on a killing spree over what we expect will be a “paranoid delusion.”  As with 9/11, we can expect a letter, a note of some kind, perhaps “friends” who will be selling this tale of a latter day Oswald.

This is why I mention “scale.”  This is where we are going to take a good hard look.  Why wasn’t he stopped?  Was that process interfered with, did he have some special knowledge that helped him?  This reminds me too much of the untrained pilot who flew a plane at 600 mph into the Pentagon, striking at ground level but never touching a blade of grass, a feat that dozens of the best pilots in the world say is impossible, a feat that the best aeronautical engineers in the world say the plane never could have a accomplished without coming apart well before impact.

We do not believe “cover stories,” in fact, they are often the best evidence.  Cover stories are usually much less clever than those who think them up imagine.

Means, motive and opportunity give us two primary suspects, Israel and Libya.

Israel has two difficulties with Norway that would be handled with a “false flag” terror attack.  Certainly Anders Behring, the suspect in custody could easily be managed in a number of ways, led, perhaps assisted, augmented as it were.  Any intelligence agency can do such things.  One probably did. Israel’s difficulties are:

Norway’s Ministry of Finance announced that the Norway Oil Fund divested from Africa-Israel Investments and Danya Cebus Ltd. on Monday.

The reason given is the companies’ construction in the West Bank.

The Norwegian Finance Ministry said, “The ethics council stresses that construction of settlements in the occupied territories violates the decision of the Geneva convention regarding defense of civilians during war time. Several decisions of the UN Security Council and the International Court of Justice have reached the conclusion that construction of Israeli settlements in the Palestinian territories is prohibited.”

That “one” is Libya and the warnings against NATO by Colonel Gaddafi.

Gaddafi is the most obvious suspect.  He has made the threats.  Here, Gaddafi threatens specifically to murder children in NATO Europe:

In an address relayed to some 100,000 supporters in Tripoli’s Green Square on Friday, Gaddafi urged NATO to halt its bombing campaign or risk seeing Libyan fighters descend on Europe “like a swarm of locusts or bees.”

“Retreat, you have no chance of beating this brave people,” Gaddafi said.

“They can attack your homes, your offices and your families, which will become military targets just as you have transformed our offices, headquarters, houses and children into what you regard as legitimate military targets,” he said.

Normally, Gaddafi wouldn’t be considered a likely culprit.  However, Norway does have  a large Muslim population and Libyan agents have been very active in Norway.  Norway is considered Europe’s “softest” target, perfect for Gaddafi.

Even more telling is that despite his recent threats to perform terror acts exactly as the ones we have seen, he has never been mentioned, particularly when the “neocon” press has gone on its Islamophobic way.  Gaddafi was spared?

What if they both did it…

There are two things about Libya and Israel that are not commonly known.  They have been friends, when they have needed each other at least, for decades.  It hasn’t been a perfect love affair, they have traded weapons technology, germ, chemical and nuclear, and have covered for each other.

Gaddafi insults Israel, threatens them and then calls up Israel and says “I didn’t really mean it.”  This has been going on forever.

You can take two positions on America’s press.  One, that it is totally controlled by Israel or, “two,” that those friendly to Israel control 90% of it.

The press hasn’t mentioned Libya as a possible “evildoer.”  This may well mean Libya did it and Israel helped.

Another less known piece of information is Libya’s love affair with the Republican Party, George W. Bush and, in Britain, Tony Blair.

This may well be the real reason that Obama and Cameron are trying to kill Gaddafi.  Who wouldn’t, under those circumstances.

It gets even worse.  Gaddafi is represented, secretly as is allowed by law, in the US by Rudy Giuliani.

Giuliani is one of Israel’s biggest friends.

The Norway attacks is a form of “two-fer” in that it serves both Libya and Israel equally.

The trail that supports this is circumstantial now.  We said “now.”

Israel is famous for car bombs.  Timing favors the Libyan threat and Israeli needs to intimidate.

The biggest “tell” is the news stories.  Israel sent out her neocon surrogates in the media to push wild conspiracy theories involving Islamic militants.

Someone with the power to influence Israel’s friends in the press is covering for Colonel Gaddafi after his recent threat to stage an attack identical to the one we have seen.

What we can depend on?

Everything we hear from the mainstream media from now on will be a lie.

There will be demonstrations against Israel during Euro Song in Oslo 29th of May. 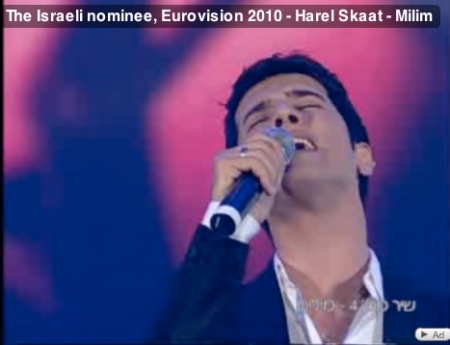 Israeli singer to constest in the Euro Song final in Oslo last Saturday in May.

The pro-Palestine committee in Norway has announced demonstrations outside the Euro Song arena in Oslo last Saturday on May. The reason is Israel, which was an artists who is going to present the Israeli finalist.

«We want to close Euro Song for Israel. They are not welcome. We will request the European Euro Song TV-consortium to boycott nations that indulges in occupation and apartheid», is a statement from a press release from the organization.

During the 1st of May celebration in Oslo, the leader of the Pro-Palestine committee was invited to hold the major speech, juts after the Norwegian Labor Party leader Roald Flaaen.

The pro Palestinian committee has already convinced the Norwegian Labour party to boycott Israel in all levels:

Both political, cultural, military and economic. The present Left right Government of Norway is considering boycott of Israel, but the Labor Party Leadership is holding back economic sanctions. The Norwegian Pension Fund has nevertheless already boycotted the Israel company Elbit Systems Ltd, by selling all its shares.

In regards to Euro Vision, the pro-Palestinian committee writes:
«The State of Israel uses their artists to whitewash and blur the occupational force inhuman politics. We will on the night of the event visually express that Israel is not welcome ».

1 thought on “Norway – Breaking Story: The Second Tragedy Is The Lies (Veterans Today)”