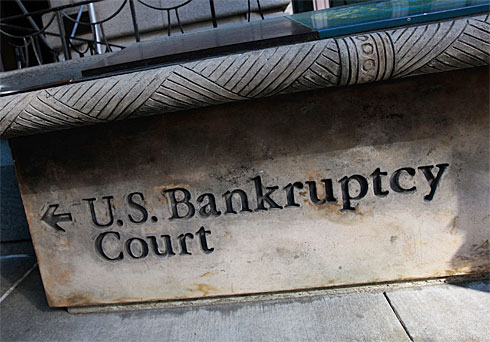 “People are coming to us in much worse shape than they used to be,” a credit counseling official says. Bankruptcies are on the rise as jobs vanish.

Consumer and commercial bankruptcy filings are on pace to reach a stunning 1.5 million this year, according to a report from Automated Access to Court Electronic Records.

While well below the record 2 million filings in 2005, the number of filings is up sharply from last year’s 1.1 million, says Robert Lawless, professor of law at the University of Illinois.

Bankruptcy filings took a dramatic nose dive after a 2005 bankruptcy reform measure was signed into law to curb bankruptcy abuse and make it harder to erase debts.

But filings are surging back in part because of rising job losses. The unemployment rate could hit 10% this year. And tighter credit, dwindling 401(k) accounts, smaller paychecks and less savings have left unemployed workers and those who are working but struggling with fewer financial resources to keep creditors at bay.

Over the past decades, consumers who were hurting financially could rely on credit cards to help them tread water. “The fact that consumer credit has tightened and shrunk explains why bankruptcy filings have now gone up so dramatically,” Lawless says.

More debt-laden consumers are turning to consumer credit counseling services for assistance. But credit counselors say that it’s harder than ever to help them.

“People are coming to us in much worse shape than they used to be,” says David Jones, president of the non-profit Association of Independent Consumer Credit Counseling Agencies. “We used to be able to help 20% to 25% of people who came to us, and now we can only help 7% to 8%.”

Even the commercial bankruptcy rate is soaring, driven by shrinking sales and tight credit markets.

Last month, commercial filings hit 376 a day, up from 255 in May 2008. Hartmarx, which manufactures and markets apparel, and Silicon Graphics, a manufacturer of computer workstations and storage products, were among the filers.

The wave of corporate bankruptcies will cause a secondary wave in consumer filings, says John Pottow, University of Michigan bankruptcy law professor.

“Nevada doesn’t surprise me,” Pottow says. “It is ground zero of the housing crisis.”

And California also has suffered from the boom and bust of the housing market. By contrast, Michigan is dealing with the collapse of the auto industry.