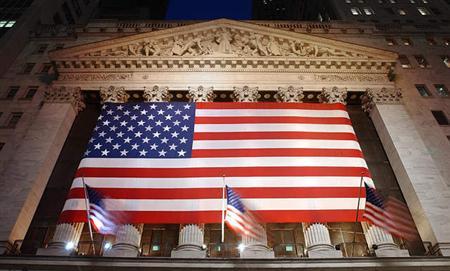 Early warnings signs of this scenario include surging government bond yields, a slumping U.S. dollar, and the fading of the bear market rally in U.S. stocks.

Optimists hope that a fragile two-month rally in world stock markets, a rise in U.S. Treasury yields from record lows during the depths of the crisis in late 2008, and some less scary economic data all signal that a recovery is around the corner.

But gloomy analysts insist that thinking is delusional.

Once Credit Crisis Version 2.0 ramps up, foreign investors may punish the U.S. government for borrowing trillions of dollars too much by refusing to buy its debt until bond prices plunge to much cheaper levels.

The telling harbinger is benchmark Treasury note yields’ surge to six-month highs around 3.75 percent this week, as investors began to balk at the record U.S. government borrowing requirement this year.

The U.S. Treasury plans to sell about $2 trillion (1.2 billion pounds) in new debt this year to fund a $1.8 trillion fiscal deficit.

First came the banking crisis and a huge contraction of credit, starting in mid-2007 which resulted in the stock market panic of 2008 which triggered the deepest U.S. recession in at least two decades.

“Once you have got a recession you have good old-fashioned credit losses,” Feiger said. “The second leg is now the consequences of the massive recession and it is just now working its way out,” he said.

Investors, many of them foreigners who own a large chunk of the U.S. Treasury market, are steadily demanding higher yields.

The price of the historic rescues of banks, insurers, manufacturers, and securities markets, to prevent a complete collapse during the worst financial crisis since the Great Depression, has meant a record U.S. government borrowing requirement.

But by issuing so much debt, the United States risks repulsing a critical buyer: foreign central banks, who own more than a quarter of marketable U.S. Treasuries. China recently overtook Japan as the biggest such buyer.

“We are getting into that stage which I call ‘the markets revenge'”, said Martin Weiss, president of Weiss Research Inc. in Jupiter, Florida.

Weiss, known for his especially pessimistic views on the banking system and economy, recently published a book entitled: “The Ultimate Depression Survival Guide”.

“The market attacked anyone who had the toxic assets,” he said.

Now, foreign investors’ primary target is the U.S. government because it has bought many of the tarnished securities from banks and some of the failing institutions itself, but the selloff will soon spread to all U.S. dollar-denominated assets, Weiss expects.

Selling could push up the 10-year Treasury note’s yield to about 6.0 percent Weiss warns. For now, he urges investors to stash much of their savings in short term Treasury bills, which carry minimal interest rate risk.

Foreign investors are running out of patience with the U.S. government’s debt issuance, he argued.

“What happened at the end of this month is the beginning of the end of that goodwill period,” Weiss said. “There could be a major near-term selloff in the dollar.”

This month, the euro has gained nearly 7.0 percent against the U.S. dollar. Meanwhile, the benchmark ten-year U.S. Treasury note’s yield has surged to six-month highs around 3.75 percent, nearly doubling from its lowest level in 50 years of 2.04 percent seen last December.

Ultimately, corporate bond yields, although still at very wide yield spreads of more than four percentage points above Treasuries according to Merrill Lynch data, will also spike again, Weiss warned. The S&P 500 stock index .SPX may fall to 500 points in this next phase of the crisis he added, down from 911 points early on Friday, he said.

On the other hand, many economists reckon the U.S. government and Federal Reserve have averted a rerun of the Great Depression by swiftly orchestrating financial rescues and monetary and fiscal stimulus to offset sagging consumer spending.

Yet even as the U.S. economy and banking system struggle to recover from two years of turmoil, Europe’s banks are even more debilitated, raising the threat of a second global systemic crisis spreading back across the Atlantic to the United States, some analysts fear.

“I think the most likely origins for a major crisis would be beyond our borders,” said David Levy, chairman of the Jerome Levy Forecasting Centre in Mount Kisco, New York.