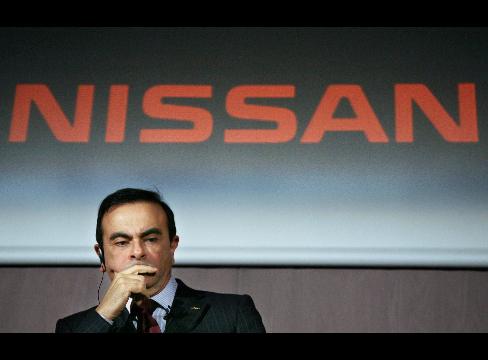 The company expects a net loss of 265 billion yen ($2.91 billion) for the year ending March 31, compared with its October estimate of 160 billion yen in net income. It also scrapped its second-half dividend.

Nissan’s sales in the U.S., its biggest market, plunged 31 percent in January as demand for Altima sedans and Xterra sport- utility vehicles dried up. Chief Executive Officer Carlos Ghosn’s elimination of 9 percent of the workforce caps a month in which all of Japan’s carmakers slashed forecasts and Panasonic Corp. and NEC Corp. cut workers.

“The economic storm is wreaking havoc on everyone,” said Yuuki Sakurai general manager of financial and investment planning in Tokyo at Fukoku Mutual Life Insurance Co., which manages the equivalent of $54 billion in assets. “Things could get even worse.”

Car sales in the U.S. have sunk to the lowest level since the early 1980s amid the highest unemployment since 1992, forcing General Motors Corp. and Chrysler LLC to seek government aid. Industrywide sales in Japan fell the most in 35 years last month. The country is headed for its worst postwar recession as factory output slumped in December and unemployment surged.

“We are already in depression, at least for advanced economies,” said International Monetary Fund Managing Director Dominique Strauss-Kahn on Feb. 7.

“Our worst assumptions on the state of the global economy have been met or exceeded,” said Ghosn. Declining consumer confidence and lack of access to credit are “the most damaging factors,” he said.

The carmaker will slash its workforce to 215,000 from 235,000, matching the magnitude of cuts announced by NEC last month. Of the job losses, 60 percent will come in Japan.

“Japan has been used to a private social contract between the biggest companies and their employees,” said Martin Schulz, a senior economist at Fujitsu Research Institute in Tokyo. “That social contract is basically being broken.”

Nissan is in talks with unions about shortening the work week to four days. The company will scale back new model introductions to 48 from a previously planned 60 over the next five years.

Ghosn led Nissan’s recovery in 1999 and 2000 after the carmaker had a record 684 billion yen loss. He eliminated 21,000 jobs and closed four plants, putting the carmaker on the path to six years of profit growth. Returning the company to profit now will be more difficult because of the overall operating environment, Ghosn said.

“In 1999, Nissan had a crisis,” said Ghosn. “Today everyone has a problem. The financial crisis was supposed to be solved by now and it’s not.”

“The industry has a lot of capacity and demand is very weak, so they have to cut back,” said Yoji Takeda, who manages about $1 billion at RBC Investment (Asia) Ltd. in Hong Kong.

Nissan will also reduce capital expenditure by 14 percent next year to less than 330 billion yen. The company scrapped its participation in a factory in Morocco with Renault SA.

Ghosn has called for government aid for carmakers. The company may apply to Japan’s government for low-interest loans as sales in its home market collapse. It is also seeking U.S. loans to fund the development of fuel-efficient cars.

Nissan, 44.3 percent owned by Renault, posted a net loss of 83.2 billion yen for the three months ended December. The company was expected to lose 129 billion yen in the third quarter, according to the median estimate of three analysts surveyed by Bloomberg.

The company based its earnings forecast on exchange rates of 99.7 to the dollar and 141.9 to the euro. The stronger Japanese currency will cut full-year operating profit by 60.9 billion yen. The carmaker expects an operating loss of 180 billion yen for this fiscal year.

Nissan fell 5.8 percent to 261 yen at the close of trading in Tokyo before the earnings announcement.

In the U.S., Nissan is operating auto-assembly plants on a four-day workweek indefinitely and plans to eliminate about 110 jobs as it adjusts regional sales, marketing and design operations.

To contact the reporter on this story: Makiko Kitamura in Tokyo at mkitamura1@bloomberg.net.