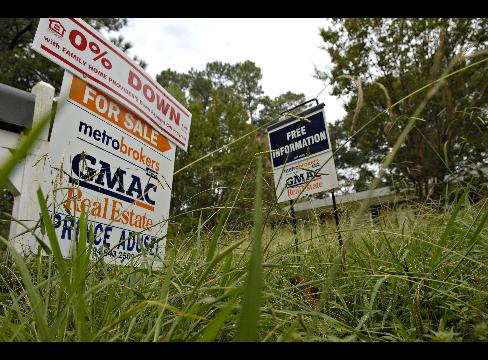 The Fed used emergency powers yesterday to grant Detroit- based GMAC’s request, citing turmoil in financial markets and the potential impact on GM, the biggest U.S. automaker, which has warned it’s running out of cash. GM and Cerberus Capital Management LP, GMAC’s majority owner, will give up control of the lender to comply with federal rules on who can own banks.

Saving GMAC is a step toward salvaging GM, which received a temporary bailout earlier this month. The $9.4 billion loan will sustain GM at least until January, when President-elect Barack Obama must find a more permanent way to save millions of auto industry jobs and avoid deepening the year-old recession. Dealers and analysts say a GM rescue is more likely to work if GMAC is still around to make car loans, which the Fed’s action ensures.

“It will certainly lessen any questions about their survivability,” said Ira Jersey, an interest-rate strategist at Credit Suisse Group AG in New York. “They should be able to change their operations enough that they’ll be able to continue to provide at least some minimal form of financing operations for the auto business.”

The Fed order said the plan “would benefit the public by strengthening GMAC’s ability to fund the purchases of vehicles manufactured by GM.” GMAC finances about three-quarters of GM dealers’ inventory, and last year handled about 35 percent of their retail customers. The lender was shut out of credit markets this year after piling up $7.9 billion in losses dating from the middle of 2007.

GM owned all of GMAC until it sold a 51 percent stake in 2006 to a group led by Cerberus, the New York-based private equity firm. As part of yesterday’s agreement, GM will reduce its ownership in GMAC to less than 10 percent and transfer what remains to an independent trust, which will dispose of the stakes within three years.

Cerberus funds that hold GMAC stakes will distribute them to their investors, the Fed said. Cerberus’s voting control will be cut to less than 15 percent, or 33 percent of GMAC’s total equity. None of the recipients will have more than 5 percent of the votes or 7.5 percent of the total equity. The Fed also required Cerberus to sever ties between its people and GMAC.

“This was a Fed decision, and we really don’t have a comment on it — they made the decision based on their standards,” said Tony Fratto, a White House spokesman, in an e- mailed statement.

The change may make it easier for GMAC to apply for a government capital injection through the Treasury’s $700 billion financial bailout fund. The New York Times estimated GMAC may get as much as $6 billion, citing a formula used by the Treasury. Proia said there’s no guarantee that GMAC will get any money from the agency’s Troubled Asset Relief Program.

Other benefits of bank status include deposit insurance up to $250,000 per account from the Federal Deposit Insurance Corp. The company already has a banking unit, GMAC Bank, that takes deposits from consumers. The FDIC also has a program insuring the debt issued by banks up to three years.

GMAC’s request was approved even though the lender didn’t satisfy the capital requirements laid out when it applied to become a bank in November. GMAC, which is also the parent of mortgage lender Residential Capital LLC, said it needed three- quarters of investors that held $38 billion in bonds to swap the notes for new securities as part of a plan to reduce debt. As of Dec. 17, GMAC remained short of its goal.

Investors including Pacific Investment Management Co. balked because the terms would have locked in losses on the existing debt. Pimco runs the world’s biggest bond fund, managed by Bill Gross.

GMAC has said the debt swap was needed to meet demands from the Fed. Proia said the Fed was aware of the status of the swap before the application was approved, and the company still plans to try to raise $2 billion of additional capital. The debt swap is still active and expires tomorrow, GMAC said in a statement.

The Fed and GMAC didn’t say what will happen to the mortgage unit, known as ResCap, which also faced speculation about bankruptcy after running up losses of $9.1 billion tied to subprime loans that defaulted. At the height of the real estate boom in 2006, ResCap was the 12th-biggest U.S. subprime mortgage lender. Subprime loans are made to people with the weakest credit, and the market for such loans has since collapsed.

GMAC also has been unable to raise cash by selling bonds backed by auto loans since May. The gap, or spread, on auto asset-backed debt relative to benchmark interest rates has soared to record highs as concerns mount that cash-strapped households will be unable to pay bills.

The Fed’s approval “is a big relief for GM dealers,” said Martin NeSmith, a member of GM’s National Dealer Council, who has three outlets in Georgia selling Chevrolets, Buicks and Pontiacs. GMAC cut financing for consumers by about 90 percent and banks aren’t taking up the slack, NeSmith said. About 10 percent of GM’s dealers couldn’t survive without a GMAC rescue, he said.

The decision is part of a Fed effort unprecedented since the Great Depression to support credit markets. Chairman Ben S. Bernanke has said one lesson learned from the 1930s is to prevent mass failures of financial companies.

Unlike applicants and recipients including American Express, CIT and insurer Hartford Financial Services Group Inc., GMAC’s debt is rated below investment grade and has been since 2005.

To contact the reporter on this story: Ari Levy in San Francisco at alevy5@bloomberg.net