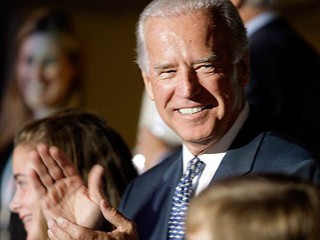 Vice President-Elect Joe Biden said the U.S. economy is in danger of “absolutely tanking” and will need a second stimulus package in the $600-billion to $700-billion range.

“The economy is in much worse shape than we thought it was in,” Biden told me during an exclusive interview — his first since becoming vice president-elect–  to air this Sunday on “This Week with George Stephanopoulos.”

“There is no short run other than keeping the economy from absolutely tanking. That’s the only short run,” Biden told me.

Biden said he has canvassed  Republican and Democratic members of Congress about a second “big” and “bold” stimulus package . He said the Obama team is focused on creating jobs and spending on energy and information technology infrastructure.

“Every single person I’ve spoken to agrees with every major economist. There is going to be real significant investment, whether  it’s $600 billion or more, or $700 billion, the clear notion is, it’s a number no one thought about a year ago,” he said.

The future vice president said the struggling economy will be the number one priority for the Obama Administration next year.

“The single most important thing we have to do as a new administration, to have — to be able to have impact on all of the other  things we want to do, from foreign policy to domestic policy, is we’ve  got to begin to stem this bleeding here and begin to stop the loss of  jobs in the creation of jobs,” he said.

In  a wide-ranging interview  to air on Sunday, Biden  gave his most extensive explanation yet on his role in the transition, and what specifically Obama wants him to do after the inauguration.

– conversations he had with  Sen. Hillary Clinton  and President Bill Clinton about the State Department position;

-the future of Guantanamo Bay;

-the possible prosecution of high-ranking Bush Administration officials for their role in the prison abuse scandal;

and what he really thinks of his predecessor, Vice President Dick Cheney.

He also has some news  on the dog front … more to come.

1 thought on “Biden: U.S. Economy in Danger of ‘Absolutely Tanking’”